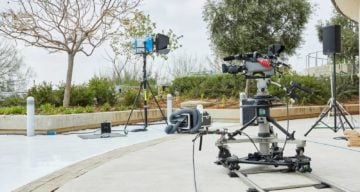 The America’s Got Talent Top 10 acts who have made it through to the AGT finals will perform tonight. They are sure to turn in the performance of a lifetime as they battle it out to win the top prize of $1.0 million! The 10 finalists are an eclectic lot, ranging from singers, a juggler, a magician, a contortionist, a mime act and a mentalist duo. Their ages are varied, too. Some of them are barely teenagers, while some are mature adults. The one thing they all have in common is that they are all incredibly talented and gifted.

Let’s talk about the singers first. Grace VanderWaal is one of the judges’ and audiences’ favorite. The 12-year-old prodigy writes and composes her own songs and belts them out with her unique and incredible voice, while strumming her ukulele. She has already been dubbed the ‘next Taylor Swift.’ Another finalist is jazz singer, Sal Valentinetti, nicknamed ‘Sal the Voice’. He absolutely loves Dean Martin and wants to bring back that kind of music. If he wins, his pizza delivering days will be behind him forever!

Trying to Get Out

The 13-year-old opera singer, Laura Bretan is another bright hope. She has been singing ever since she heard the Sleeping Beauty song and just keeps getting better. Trying to get out of the rough town they come from, is the four man singing group, Linkin Bridge. They come from Louisville and have their whole town rooting for them! Brian Justin Crum has also made it to the finals. He wants to win the top prize and inspire the LGBT community with his musical performances.

Another finalist is the human rubber band, Sofie Dossi, the contortionist. She does such incredible body-bending acts, that it makes you wonder if she has any bones in her super flexible body! The juggler from Ukraine, Viktor Kee can juggle like you’ve never seen, and fans are riveted with what he is capable of. He fancies his chances of winning the top prize, as well. Another crowd favorite is the duo from Austria, The Clairvoyants. They can read minds and reveal things that make fans wonder how they could possibly know them. Everybody is trying to bust them and learn their secrets. People have put forward their theories, but so far nobody has cracked how The Clairvoyants do it!

If you ever wondered if there was life after football, you should see Jon Dorenbos perform his magic tricks! The ex-footballer has already amazed Las Vegas and Hollywood, and now has set his eyes on the top prize. Rounding off the 10 finalists is the man from New Zealand, who never says a word. Keeping his mouth closed with a tape, [hence the name] Tape Face does his comic and mime act brilliantly. If you want a good laugh, you must see him perform!

Tonight is the Night

All 10 acts are obviously on edge in anticipation for tonight. Tonight’s performance is the single most important thing they will do in their life, so far. The prize money alone would change the winner’s life overnight, not to mention the fame! So, who do you think will win? Its hard to say with so much talent on the stage tonight! Tune in at 8 p.m. tonight to catch all of the final performances!