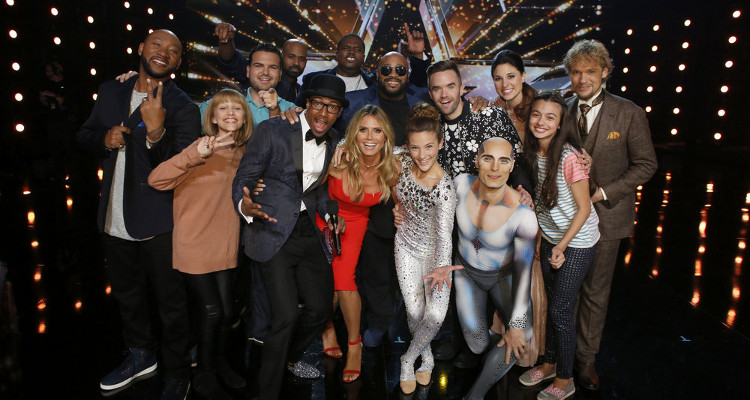 The America’s Got Talent season 11 contestants are a varied lot. Some of them are from the U.S. while some are from countries outside the U.S. Some of them have barely reached their teens while some are adults. However, the one thing everybody agrees on is that they are all very talented. They have proved their mettle and have emerged victorious by eliminating their rivals. They include five singing acts, a magician, a juggler, a contortionist, a mime and a mentalist duo.

Top 10 Finalists who will perform tonight on America’s Got Talent 2016:

The singers include the four man group, Linkin Bridge, who hope that they’re smooth sounding harmonies can earn them the win. They will have to beat crowd favorite, the 12-year-old singing sensation, Grace VanderWaal, who writes and composes her own original songs. Brian Justin Crum is also one to look out for as is the very talented opera singer, Laura Bretan. Bretan is just 13 years old, but has a terrific opera voice, while Crum wants to highlight the cause of the LGBT community by winning the top prize with his vocal stylings. But that won’t happen if Sal Valentinetti aka ‘Sal the Voice’ has his way. He wants to leave his pizza delivery days behind him and pursue a career in singing.

The Rest of the Best

The mentalist duo known as The Clairvoyants are among the favorites to win the show. Nobody has been able to crack how they are seemingly able to read minds. The juggler, Viktor Kee hopes to win the prize with his interesting act. Tape Face doesn’t say a word, but makes people laugh with his terrific comedic mime acts and he wants the top prize just as badly. You can see it on his face, pun intended! The footballer-turned-magician, Jon Dorenbos will come up with a new magic act, as he seems to have a few more tricks up his sleeve. And nobody is writing off the body bender, Sofie Dossi yet, either. Dossi the contortionist does unbelievable things with her body, like shooting arrows with her feet and painting with her toes!

Tonight every act will give the performance of their life and everything depends on it as it’s down to the wire now. The judges and the audiences will be watching them like hawks. One mistake and their dream is over; this is it, the moment of truth! Everybody has a favorite act whom they support, and fans watching are vying for their favorite act to win the top prize of $1.0 million! So who is your favorite act? Who do you think will win? Don’t miss all the final performances tonight!