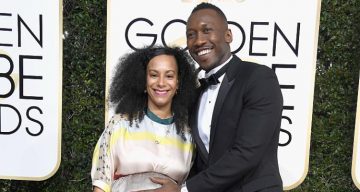 In the past few years, it’s become abundantly clear that Mahershala Ali’s wife, Amatus Sami-Karim, is one of his biggest supporters. Aside from that, however, she’s also managed to establish and maintain a successful creative career of her own, despite constantly being in the spotlight alongside her famous husband. Read our Amatus Sami-Karim wiki to learn everything you need to know about this extraordinarily creative and talented individual.

Amatus Sami-Karim is so much more than just Mahershala Ali’s wife. She also fulfills a number of other important and interesting roles. Being the Oscar-winning actor’s biggest supporters is simply a by-product of being his life partner. Even though Mahershala Ali has certainly managed to make a bigger name for himself in the entertainment industry, that shouldn’t and certainly doesn’t diminish the fact that Sami-Karim has established her own illustrious and promising career that requires proper cultivation and nurturing. According to her web site and social media accounts, Amatus Sami-Karim is an accomplished and talented musician, composer, writer, filmmaker, and outspoken activist. Continue reading our exclusive Amatus Sami-Karim wiki to learn everything you need to know about the mother-of-one and to stay up-to-date on her current and upcoming projects!

Judging by both Amatus’s and Mahershala’s social media accounts, particularly Instagram, their love, admiration, and mutual respect for one another is evident. Just recently, Mahershala shared the absolute sweetest birthday wish for his wife on Instagram, with a photo of him giving her a kiss on the temple as she’s beaming into the camera! The photo is simply captioned, “Aquarius HBD” with a heart emoji.

Around this time last year, the couple had a lot to celebrate. First, there was the birth of their first child, who they named Bari Najma Ali. Then, there was the fact that Mahershala starred in one of the biggest movies of award season, Moonlight. The movie won three Oscars in total, including Best Picture, Best Supporting actor for Mahershala Ali, and Best Writing Adapted Screenplay.

During his acceptance speech, Ali was kind enough to include a touching tribute to his adoring wife, who was pregnant at the time.

“And lastly, I just want to thank my wife, who was in her third trimester during award season. We just had a daughter 4 days ago,” he said, beaming very proudly. “I just want to thank her for being just such a soldier through this process and really carrying me through it all.”

Despite having just given birth for the first time, Sami-Karim, was still able to make it to the Oscar Awards ceremony to demonstrate her support for her husband.

Amatus Sami-Karim is a bona fide Jill-Of-All-Trades in the sense that she has truly enjoyed a diverse career in the arts. As a graduate of the prestigious Tisch School of the Arts and the Royal Academy of Dramatic Arts, her distinguished work in the music and film industry has surpassed the capabilities of many of her contemporaries.

She’s always composing new music. Her highly successful EP, Broken Compass, can be heard on her web site, along with a slew of other notable online forums including Afro Punk, Pigeons and Planes, Hollywood Playlist, Obscure Sound, and OkayPlayer.

While Amatus Sami-Karim’s age is not public knowledge, she can’t be much older than her early to mid-30s and she’s already accomplished a lot of amazing things in her life. All you have to do is go through her Instagram pics and her web site to see that she leads an extraordinary life. With a great deal of fascinating and hard-hitting upcoming projects in the horizon, Sami-Karim is making an incredible and unparalleled mark in the world. (And she’s got the support of a superb husband at her back!)