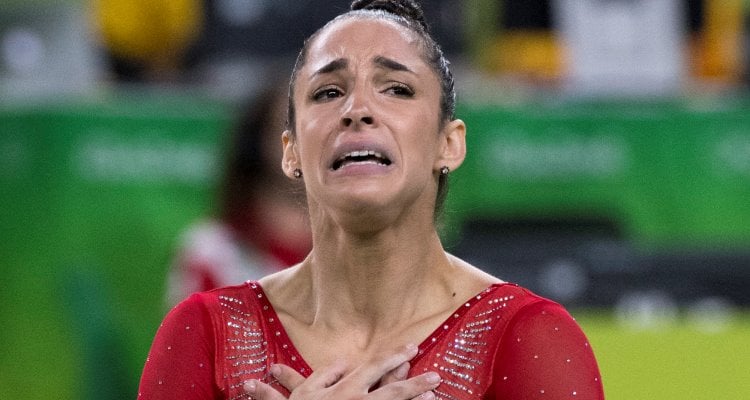 With the world in a hype over the 2016 Rio Olympics, there is one athlete who stands out among the rest. Aly Raisman, member and captain of the “Fierce Five” 2012 USA Women’s Olympic Gymnastics Team. She was the gold medalist then, and she continues to blow the judges away in 2016! These Aly Raisman pics, which you will find below, show highlights from her journey through the 2016 Olympics as the Women’s individual all-around silver medalist. Before we summersault into the photos, let’s do some handsprings into her history. Aly Raisman’s Instagram account is the place to go if you want to get to know who she is. Did you know in 2015 ESPN The Magazine featured Aly Raisman for Body Issue? It’s no wonder – just wait until you see her photos.

In 1994, Aly Raisman was born as Alexandra Rose Raisman to the happy and proud Rick Raisman and Lynn Faber. Aly Raisman’s parents live in Needham, Massachusetts, United States. Raisman has three siblings: Brett, Madison and Chloe Raisman. This fantastic American gymnast has been winning medals since 2011, and she now has 20 to be exact! She is decorated with eight gold medals, nine silver and three bronze. That is sure to make any family proud!

Another cool fact about this talented gymnast is that she was a contestant on season 16 of Dancing with the Stars, and she finished in fourth place. Her appearance with her “Fierce Five” team on season 15 was also a highlight, as she appeared during a freestyle dance with Shawn Johnson and Derek Hough.

As you can see from Aly Raisman’s Twitter account, she is best friends with Simone Biles, the 2016 Olympic gold medalist. So, if you’re a fan and you’ve been searching for recent photos like “Aly Raisman 2016” or “Aly Raisman Olympics 2016,” search no further! The pictures below are the top five best recent photos of Aly Raisman from her Instagram account.

Silver medalist Aly Raisman gets picked up by gold medalist Simone Biles, revealing their deep friendship and support for each other.

Chiropractor ?? #Repost @simonebiles with @repostapp ・・・ helping a sista out(or should I say grandma???), so if anyone needs a back to be cracked. I gotchuuu ?

This Side by Side reaction of Aly Raisman and her parents during her final moment of the competition will bring tears to your eyes! What a beautiful moment.

My parents and brother have been with me every single step of the way. They've felt every emotion I've had. They couldn't have been more supportive and loving. This side by side reaction to my final moment on the floor when I new it'd be enough to get an AA medal for the first time just proves everything. I love them so much. Is now an okay time to say I feel bad for putting them through so much stress? At least they can breathe a little…. Well until the floor final Tuesday 😉

A Note from a Friend

A quote from SIMONE. You're so sweet. Wow. We're so lucky to have such a special and rare friendship. Wouldn't want to share this with anyone else either. #FINALFIVE

There’s nothing like the bond of friendship… what a dream come true this moment must be for the both of them!

Too Fit to Quit

This photo proves how much hard work goes into competing. Now we know why Aly Raisman was featured in the 2015 ESPN The Magazine’s Body Issue!

7 am pics to show off this leotard… Thanks @simonebiles for taking the pic ? #nomakeup #sleepy ?