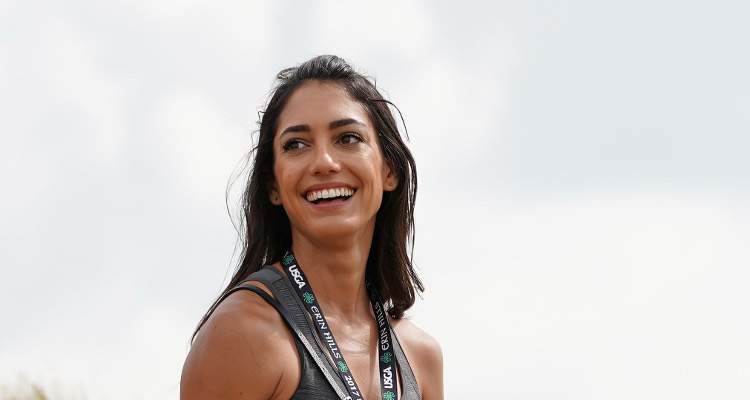 Allison Stokke became a national celebrity and Internet phenomenon at the age of 17 when some images of her ended up online. It took away from her achievements as a pole vaulter and upset her to no end. She went on to college and modeled for some prestigious brands like Nike. What was all the fuss about? Check out some hot Allison Stokke pics below.

When it comes to listing sexy athletes, one person who would definitely make the cut is Allison Stokke. She is a track and field athlete and fitness model who broke some high school records in pole vaulting. When she was just 17 years old, images of her found their way to the Internet and were shared by fans, making her an online celebrity. This led to a debate about the sexualization of sportswomen and young people via the Internet. However, fans can’t but admire how good Stokke looks, and there is an increasing demand for Allison Stokke’s hot pics and sexy pictures.

Born on March 22, 1989, in Newport Beach, California, to a sporting family, Allison Stokke’s age is 28. She first dabbled in gymnastics but later switched to pole vaulting while at Newport Harbor High School, and soon became one of the leading female pole vaulters in America. She broke several school, college, state, and national records as she became more proficient in her sport. But when Stokke’s images became public property on the Internet, she was very upset and said, “Even if none of this is illegal, it just all feels really demeaning. I worked so hard for pole vaulting and all this other stuff, and it’s almost like that doesn’t matter. Nobody sees that. Nobody really sees me.”

Packed up and ready for some street vaulting in Louisville this weekend! ??? #vaultintheville ?: @madeleine__13

Busy with Studies and Pole Vaulting

People couldn’t get enough of Allison Stokke’s hot pictures, and the media continued to stalk her for more snaps. However, she concentrated on her studies and got an athletic scholarship to study sociology at the University of California, Berkeley. Though she had a great college career, she could not perform well at the international level and did not qualify for the 2012 Olympic Games.

Stokke became a sportswear model and appeared in ads for big brands like Nike, Athleta, and Uniqlo. She also worked closely with GoPro in their campaign to sell action camera equipment. By 2016, her GoPro videos received more than six million views on YouTube! A look at Allison Stokke’s Instagram pics show us that she still looks fabulous and has a figure that she obviously works extremely hard for. Just look at those abs!