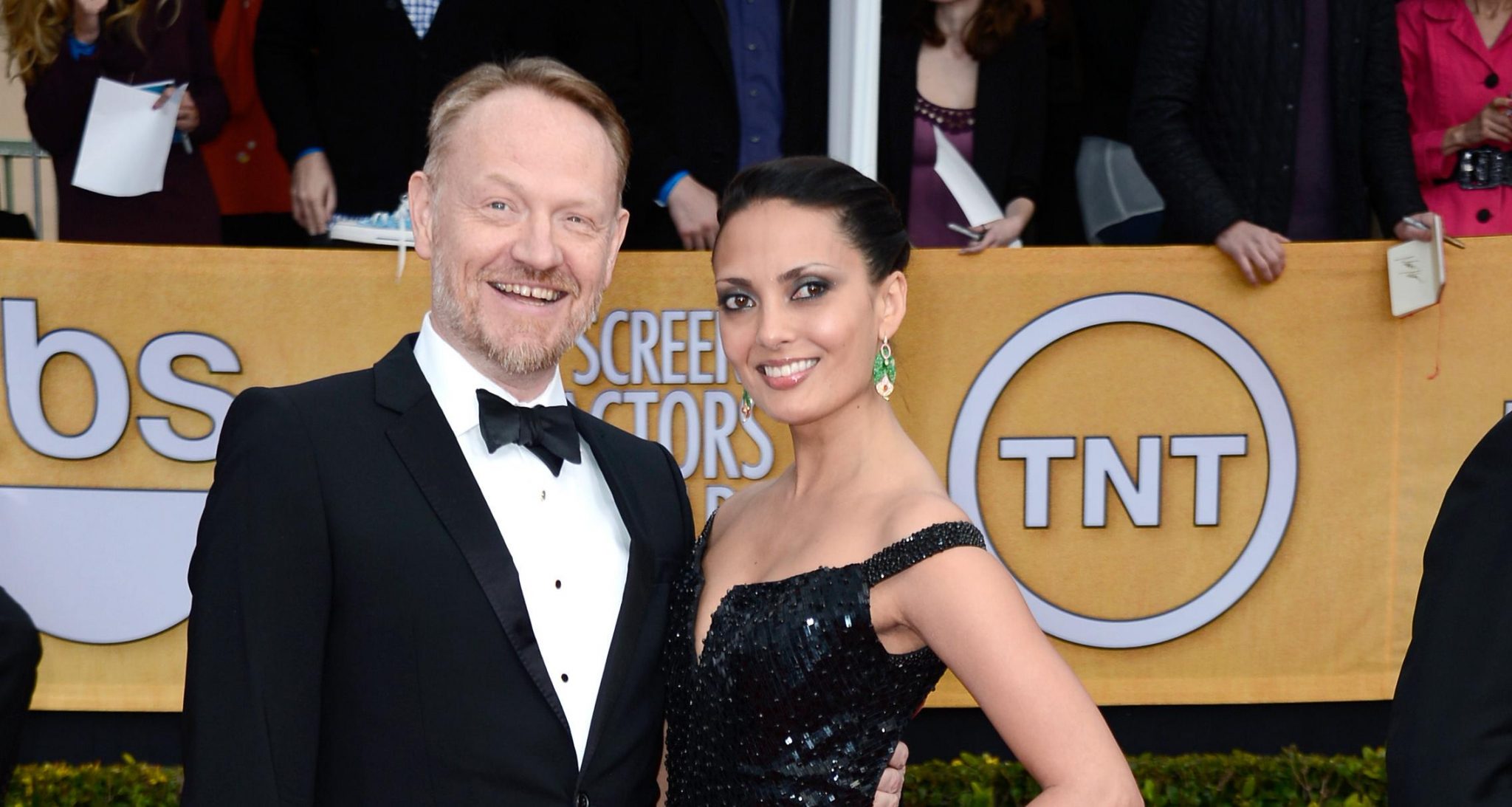 If you’re dating an older man, you’ve probably been asked at least once about what the two of you could possibly have in common when there’s such a big age difference. When 52-year-old Mad Men star Jared Harris met his 38-year-old fiancée, Allegra Riggio, back in 2009, they instantly shared something: misery. At the time, Harris was just coming out of his messy divorce, while she was in an unhappy relationship of her own. Ironically, the celebrity couple met at a comedy club, where a mutual friend was performing.

On the heels of her upcoming wedding to Harris, Riggio revealed what it was really like that first night she met her older soon-to-be husband, and how that chance encounter turned into a real May-December relationship—and now a marriage.

Riggio met Harris again the day after at the same club and invited him to join their table. The pair got to talking, only to find out that they had way more in common than they thought—they were both utterly miserable. Naturally, they exchanged contact information and resumed their own lives, although Harris was always at the back of Riggio’s mind. “I’d text Jared every month to make sure he hadn’t drifted further into the abyss, and we’d change some pleasantries here and there, but we never made plans. Which was fine, as I hadn’t planned on dating him.”

After Riggio’s painful relationship ended, she called her “misery friend” for a fun night out. That night marked the start of this celebrity couple’s May-December relationship. Soon enough, their shared misery turned into happiness. The celebrity couple agreed to stay away from marriage, having been tainted by their past relationships.

Four years later, Harris proposed. “My life since meeting Jared has been nothing short of wonderful, and love-filled. Life is good, and gets better.”

This celebrity couple’s story is proof that age is irrelevant when you find someone that you really connect with. Had Harris and Riggio let their 14-year age difference stop them from getting to know one another, they wouldn’t be where they are today. So, whether you’re casually dating an older man or looking for something more serious, let this be a lesson learned—anything is possible when it comes to May-December relationships!

What do you think: Would a big age difference stop you from getting to know a man who you were attracted to?