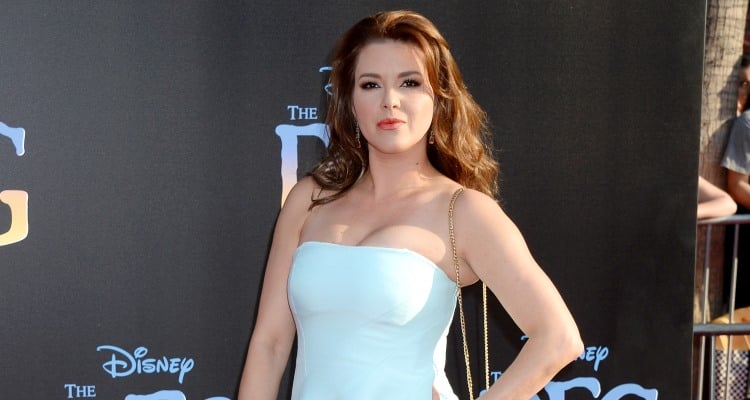 It’s been twenty years since Trump allegedly first made his critical comments about Yoseph Alicia Machado Fajardo’s body, but the incident was brought up again when Hillary Clinton mentioned the 39-year-old model’s name, during last night’s debate. Clinton called Trump out for bullying her, and it’s made the former Venezuela-born Miss Universe winner (1996) an overnight sensation.

Trump denied any fault and refused to apologize for his comments, which leads many to believe the allegations were factual. In Tuesday morning’s live Fox and Friends interview, he denied feeling any regret for publicly criticizing the pageant woman’s body. He said the following about Machado: “She was the worst we ever had. She was a winner, and she gained a massive amount of weight, and we had a real problem. We had a real problem with her.” Machado was the first Miss Universe after Trump purchased the pageant.

In an Alicia Machado on Trump Twitter video (shared yesterday by Clinton), the model explained just how badly she was treated by Trump. In Alicia Machado’s Twitter interview, she explained that he would yell at her and tease her with offensive names such as “Miss Piggy” and “Miss Housekeeping,” and despite Alicia Machado’s ad successes (which earned the company a lot of money) Trump refused to pay her. Alicia Machado’s net worth hasn’t been reported.

This isn’t the first time Trump has refused to pay someone for their work. In last night’s debate, Clinton accused him of refusing to pay several of his employees in the past, one being an architect who worked on a project for Trump. To this, Trump defended himself saying, “Maybe he didn’t do a good job and I was unsatisfied with his work, which our country should do too.”

Machado explained in the Twitter video that she gained some weight after winning the pageant and then Trump threatened to take away her crown. The video includes clips of Trump speaking to reporters about her body weight figures. He added, “So this is somebody that likes to eat.” From there, it got even worse. Her body weight became a public spectacle. Newspapers would refer to her as, “The Fat Miss Universe.” She was ultimately humiliated.

Thankfully, Machado’s career has been successful since her Miss Universe win. She became a great actress, singer, businesswoman and model. According to her web site, she was even nominated for a Grammy, launched a fashion line, and appeared on the cover of more than 100 magazines! With Clinton and the women of America behind her, Machado can happily close the book on her humiliating past and move forward. We hope she has regained her confidence and continues to inspire women with her bravery!