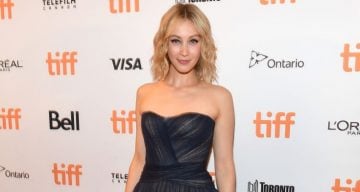 We’re coming up to Alias Grace’s release date, and many viewers are curious as to what Alias Grace is about. We’ll take a brief look at the interesting history behind Alias Grace, from the novel to the production of the Alias Grace Netflix series.

With the success of The Handmaid’s Tale on Hulu, there has been a little bit of buzz over author Margaret Atwood and her other works. This buzz has transferred over to Alias Grace, the new mini-series that comes to us via Netflix.

So, what time does Alias Grace come on Netflix? Keep reading to know the Alias Grace start date and where you can watch it.

The Show Is Based on a Novel

Alias Grace is a novel by Canadian author Margaret Atwood published in 1996. The story is about Grace Marks, a young Irish immigrant who has been convicted of murder and is working for the governor of the penitentiary.

A committee from the local church brings in an alienist (the precursor to psychologists) to help Grace be diagnosed as a hysteric (an old term that encompassed many mental illnesses) so that she’s deemed not guilty of the murder due to insanity. Grace begins to tell her story to the alienist but has several twists and turns leading to the story of the murders.

Inspired by a True Story

Atwood was inspired to write Alias Grace after discovering the true story of Grace Marks, a servant girl who was convicted of murder in a fairly infamous trial in 1843.

Grace Marks did exist, and much of her real-life story, like her immigration from Ireland to her mother’s death and the trial itself, are actually true. Atwood did add to these events so that it would be a fiction novel, but the basic framework is true.

The novel itself is as much about the society that Grace lives in as it is about Grace, along with comparisons between that society and our own. It is very much the social commentary that one might expect from Atwood.

A Long Time to Adapt

Filmmaker Sarah Polley first wrote to Atwood requesting the film rights to the novel when Polley was just 17 years old. Now 38, Polley has had a long road to making the mini-series, but she did finally make it to the finish line.

Shining a light on #Canadian talent, literature and women's rights #aliasgrace #thehandmaidstale #margaretatwood #sarahpolley ##Repost @nytimes (@get_repost) ・・・ More than 20 years ago, a precocious teenage girl made a surprising request of Margaret Atwood. She’d just read “Alias Grace” and found herself entranced by the true story of Grace Marks, a 19th-century Irish immigrant and servant who became a celebrity “murderess” in Toronto. So she sent the novelist a letter seeking the movie rights. The correspondent was Sarah Polley. A Canadian child star from “Road to Avonlea,” she was years away from becoming a screenwriter and director. @therealmargaretatwood declined. Obviously. “She was 17!” she said. Now, at 38, #SarahPolley is the writer and a producer of a 6-part mini-series adaptation of the novel, which comes out on @netflix on next week. “Alias Grace” arrives at a time of peak #Atwood. @hulu’s “The Handmaid’s Tale” recently became the first streaming-service show to win an Emmy for best drama. And as the stormy political climate continues to churn in the U.S., the Canadian writer’s 2 decades-old novels have landed like contemporary critiques. “‘The Handmaid’s Tale’ offers us a window into a possible future when women’s rights are eroded,” Sarah said. “‘Alias Grace’ offers a look at what it was like before women had any rights. To look back and forward is very important at this moment when women’s rights are incredibly precarious and fragile.” @ian_patterson photographed #MargaretAtwood with Sarah Polley in Toronto.

At various points, the adaption was connected to Jodie Foster and Cate Blanchette in the long gestation period. But ultimately, those versions wouldn’t come to pass.

Polley serves as producer and screenwriter of the series. And Mary Harron directed the entire six parts of Alias Grace were. Harron had worked as a director on shows like The L Word, Oz, Homicide, Big Love, and films like American Psycho, I Shot Andy Warhol, and The Moth Diaries.

Canadian broadcaster CBC helped Polley and Harron bring the series to the small screen. It debuting in Canada on September 25, 2017, with Netflix picking up the international broadcasting rights.

When Can We Watch It?

With the success of The Handmaid’s Tale on Hulu, there has been a certain amount of anticipation for the adaption of Alias Grace around the world. Especially after the first Alias Grace trailer debuted. And now that Netflix picked up the series, everyone outside of Canada will now have a chance to see it.

Alias Grace’s premiere date is November 2, 2017, on Netflix. All the episodes will be dropped at once, so you’ll be able to binge watch this weekend.

If you live in Canada, you can watch the series right now via the CBC website.