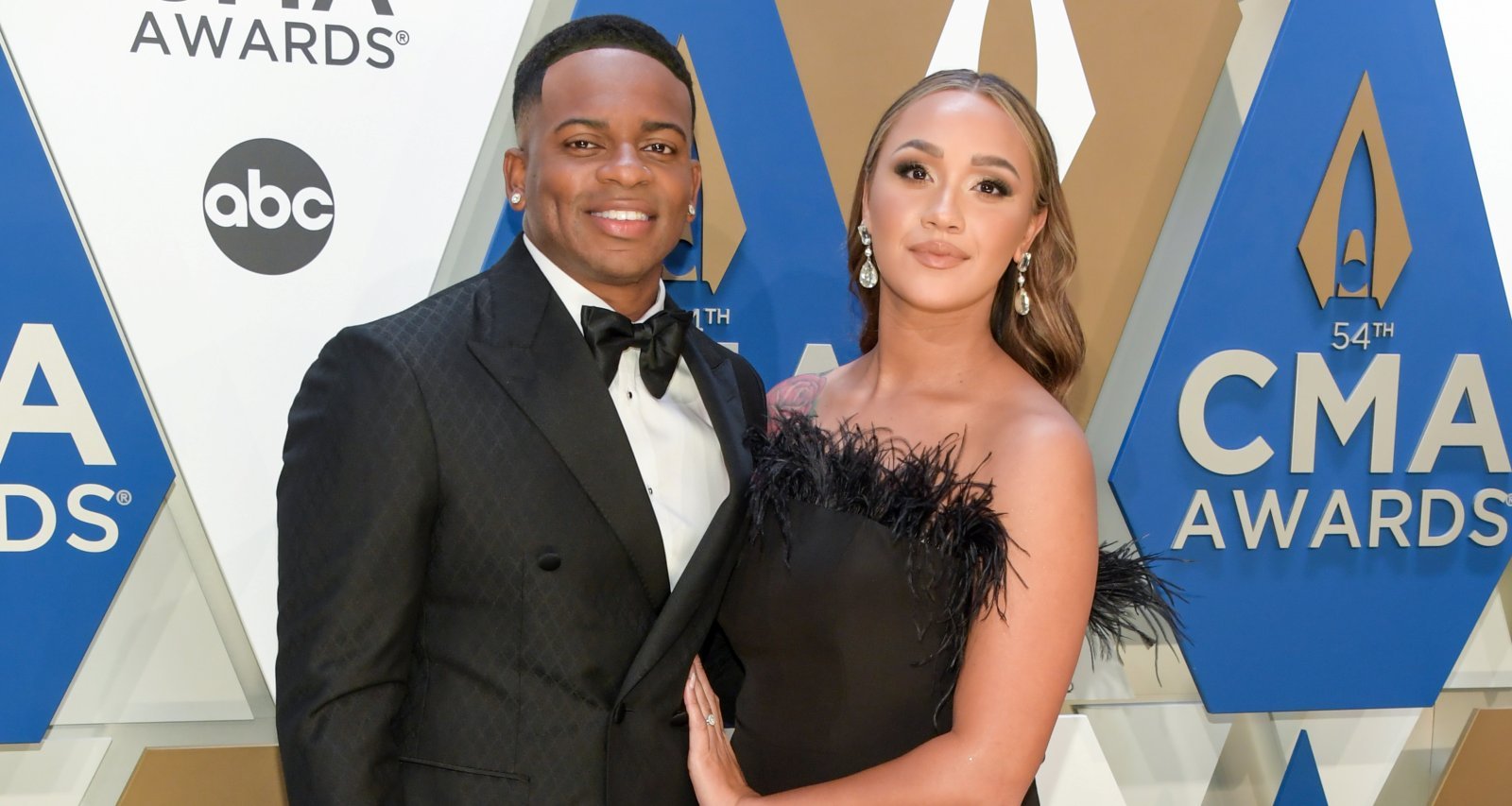 Country music star Jimmie Allen returned to American Idol on April 4, to perform with contestant Alanis Sophia. While Allen didn’t make it very far on the show, he earned enough fame for people to be curious about his personal life. Jimmie Allen’s girlfriend-turned-fiancée, Alexis Gale, has also been in the spotlight since they got engaged in 2019. The new mom has garnered attention on social media, but her new followers want to know more about who she is. So, we’ve compiled all the information right here in Alexis Gale’s wiki.

Alexis Gale was born on January 6, 1996, and hails from Delaware. She is the older of two daughters born to Tyrone Gale Jr. and Ellyne Gale.

Alexis and her younger sister Ashley Gale’s father, Tyrone, is the president of the Delaware-based Atlantic Transportation. He used to drive A-list celebrities in the state.

On June 7, 2014, Tyrone was chauffeuring comedian Tracy Morgan in a Mercedes-Benz Sprinter. Morgan’s SNL costars were on the bus and Tyrone had immediately struck a friendship with the comedians who were returning from an engagement.

The minibus was struck by a Walmart trailer whose driver fell asleep at the wheel. A severely injured Morgan was airlifted to a hospital. Another comedian, James McNair, died in the crash.

Not only was Tyrone grappling with his own injuries, but he was also stressed about the company given the extensive media coverage on the accident. He also regretted neglecting his daughters before the accident for the sake of growing his company.

Nonetheless, Tyrone made it through with help from his family and the support of others in the chauffeur ground transportation industry. He forged friendships with the other comedians and McNair’s family, which helped him overcome his PTSD.

Alexis Gale Encouraged Her Father to Get Weight Loss Surgery

Tyrone recalled that he couldn’t pull himself out of the wreckage because of his weight. He turned to food to cope with the post-accident stress, and was close to 400 pounds. So, he decided to get weight loss surgery.

He was working with dietitians and physicians to lose a little weight in preparation for the procedure. When his efforts were showing great results, Tyrone considered opting out of surgery.

His family, however, held an intervention, and Alexis reminded him of all the struggles he went through because of his weight. Alexis also knew that without the surgery, her father would put on weight again.

Tyrone went ahead with the surgery, but it wasn’t without trouble. Dr. Thomas Barnett, who did the surgery, said his stomach and liver had suffered some damage from likely being impaled by the steering wheel in the 2014 crash. But Dr. Barnett successfully completed the surgery.

In a year and a half, Tyrone lost close to 130 pounds. Thanks to Alexis, Ashley, and Ellyne, he has kept up with his weight loss.

Alexis Gale attended Delaware Technical Community College. From 2015 to 2016, she worked as an esthetician at a spa.

She earned her associate’s degree in nursing from Beebe Healthcare’s Margaret H. Rollins School of Nursing in 2019. Gale is a registered nurse, but information on her current job is lacking.

Both Gale and Allen grew up in Milton, Delaware. But they didn’t meet until 2019 when Jimmie’s cousin’s wife set them up together.

“With Alexis being from my hometown, it is like always having a piece of home with me. We had an immediate connection,” Allen told People. “It was like we’d always known each other.”

After a few months of dating, Allen popped the question and they were engaged on July 15, 2019. It was how Gale interacted with Aadyn, Allen’s son from a previous relationship, that convinced him she was the one for him.

Gale and Allen welcomed their first child together, a daughter they named Naomi Bettie Allen, on March 1, 2020. Shortly after Naomi was born, Allen’s song “Make Me Want To” made it to No. 1 on Billboard’s Country Airplay chart.