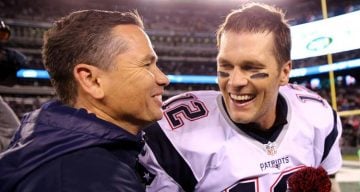 Who is Alex Guerrero?

Alex Guerrero’s age is 51 and he’s considered a legend in the world of sports. He was born Alejandro Guerrero and was raised in California, where he studied at Samra University in Los Angeles. He opened a rehabilitation center in1996 in Los Angeles, where he worked with track athletes. He studied his athletes and why they were suffering from the same injuries, which launched his philosophy in sports medicine.

Guerrero became known for conditioning and his interest in how to avoid sports-related injuries, a focus for his practice, TB12.

He’s a Believer in Pliability

Pliability is something that Guerrero believes in and has based his life and business on. But not everyone agrees with his stance and one doctor even called his work “balderdash.”

In a Business Insider interview, Guerrero said: “You know, to sit there and say there’s no such real thing as pliability – that, to me, is balderdash!  We have a lot of laypeople that come here every day. We’ve had a lot of really elite athletes that have come from all over the world to come here. And I would say, you can’t unknow what you know, right? Like, once you experience it and you feel it and you realize the differences it’s making in your life – like, that guy who said it was balderdash, he’s never gonna be able to convince these people that it didn’t work.”

The Guerrero-Belichick rift is nothing new but now it’s gotten to the point where Brady’s trainer is being thrown off planes! Not literally of course—at least not mid-flight—but he’s recently been ordered that he’s no longer allowed to fly on the team’s private jet alongside the players. Not even being the star quarterback’s BFF could save him from that power play!

When asked about the possible rift between the two, Brady said, “I don’t have any comment on that other than to say Alex, it’s been well-documented, has been a huge part of what I do and I’m so fortunate to have him not only as a friend, but with everything that we’ve been able to do together.”

It looks like Brady doesn’t want to get in the middle, and is once again playing neutral when asked a tough question. According to The Boston Globe, Guerrero is no longer allowed to treat Patriots players, other than Brady, in his office near the locker room. This has led other players to get their treatment from the TB12 Center, which was launched by Brady and Guerrero. Not only that, his sideline access has also been revoked! Holy demotion, Batman! At this rate, it’s only a matter of time before he’s not even allowed at Gillette Stadium!

According to NESN, Belichick was mostly evasive in an interview with reporters on the alleged rift, but the questions were also worded oddly, in a more passive tone.

For example: The question posed to Belichick was, “Coach, would you say that Tom’s relationship with his trainer is like if your adult son or child is hanging out with somebody you didn’t really care for all that much? I mean, it’s your adult child. What are you supposed to say?”

Belichick answered, “I’m not really sure what — I mean, you’re talking about my children? I don’t think that’s appropriate here. I’m trying to coach a football team.”

Alex Guerrero’s diet plan for Brady is part of the equation that makes Brady who he is and it’s not just meal plans Brady calls on Guerrero for. And even though he’s not allowed on the plane, he’s still a large part of Brady’s success and will continue to be, according to the quarterback.