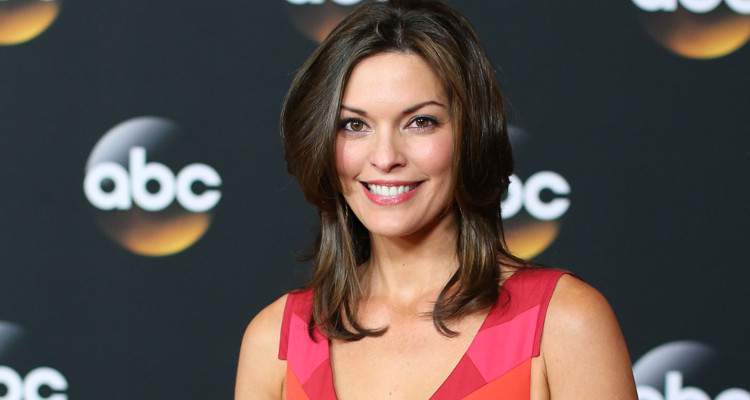 After winning the Miss Photogenic title as a teen, there was no looking back for Alana De La Garza. With her beautiful looks and exceptional talent, she made quite a name for herself as an actress. Let’s take a closer look at the gorgeous lady’s life, right here in our Alana De La Garza wiki.

Born on June 18, 1976, Alana De La Garza’s age is 41. Although she is from Columbus, Ohio, her father is Mexican-American and her mother is Irish-American. As a teenager, she participated in the Miss El Paso Teen USA beauty pageant and won the Miss Photogenic title. She later went on to become a special-needs teacher and enrolled at the University of Texas Al Paso, where she studied social work and physical therapy. After graduating, while living in Orlando, Florida, she got a few small acting roles. Soon after, Alana De La Garza’s Law & Order role earned her fame, and gave her career a kick-start.

On May 31, 2008, Alana De La Garza married her longtime boyfriend, Michael Roberts in Orlando, Orange County, Florida. Her husband is a writer, and the couple are blessed with two children—a son and a daughter.

Alana De La Garza’s net worth is estimated at a whopping $4.0 million. She acquired her wealth mainly through her acting career in both television and film. She appeared on shows like Charmed, Scorpion, Forever, Two and a Half Men, Las Vegas, Single Ladies, Do No Harm, The Mountain, All My Children, and Criminal Minds. She also appeared in films such as Bending All the Rules, El Segundo, Mr. Fix It, Mr. Dramatic, and Are You Here.

De La Garza is a perfect example of an independent woman who balances both her career and family life, and we wish her the very best for the future.