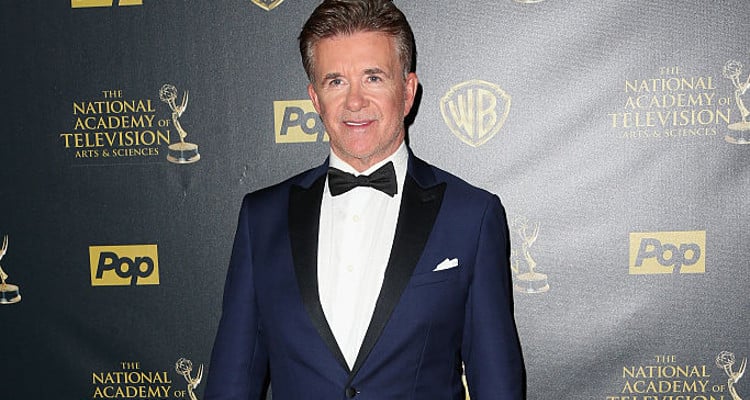 Canadian actor Alan Thicke died on Tuesday at Providence Saint Joseph Medical Center in Burbank, California. How did Alan Thicke die? We have the details here.

It is certainly a sad time for Alan Thicke’s family and friends after the news of Alan Thicke’s death surfaced. Alan Thicke passed away at the age of 69. His second son, singer Robin Thicke, told sources that his father was playing hockey with his half-brother, Carter Thicke at the time.

Alan Thicke’s cause of death was a heart attack, suffered while playing hockey. Thicke and his youngest son were at the Pickwick Ice Skating Rink in Burbank when it happened. Robin Thicke further revealed that the last thing his father said was a compliment to his youngest son about an excellent shot.

Grammy nominated singer, Robin Thicke paid tribute to his father by calling him “the greatest man I ever met,” adding that he was “always a gentleman.” Thicke’s middle child further revealed to The Los Angeles Times that, “I saw him a few days ago and told him how much I loved and respected him. The good thing was that he was beloved and he had closure.”

Just hours before his death, Alan Thicke tweeted about the Full House remake, Fuller House, which he had appeared in the second season of. Thicke is survived by his wife Tanya Callau, and his three sons; Robin Thicke, Brennan Thicke, and Carter Thicke.

Upon hearing about his death, many celebrities took to social media to express their condolences to the family. Ellen DeGeneres, Alyssa Milano, Larry King, Ryan Seacrest, Russell Simmmons, and Demi Lovato posted messages on Facebook.

It is a sad day as the world lost yet another talented artist and icon. It is a tough time for Alan Thicke’s family, and we hope that the world remembers him through all of his work, and the smiles he brought to all of our faces.