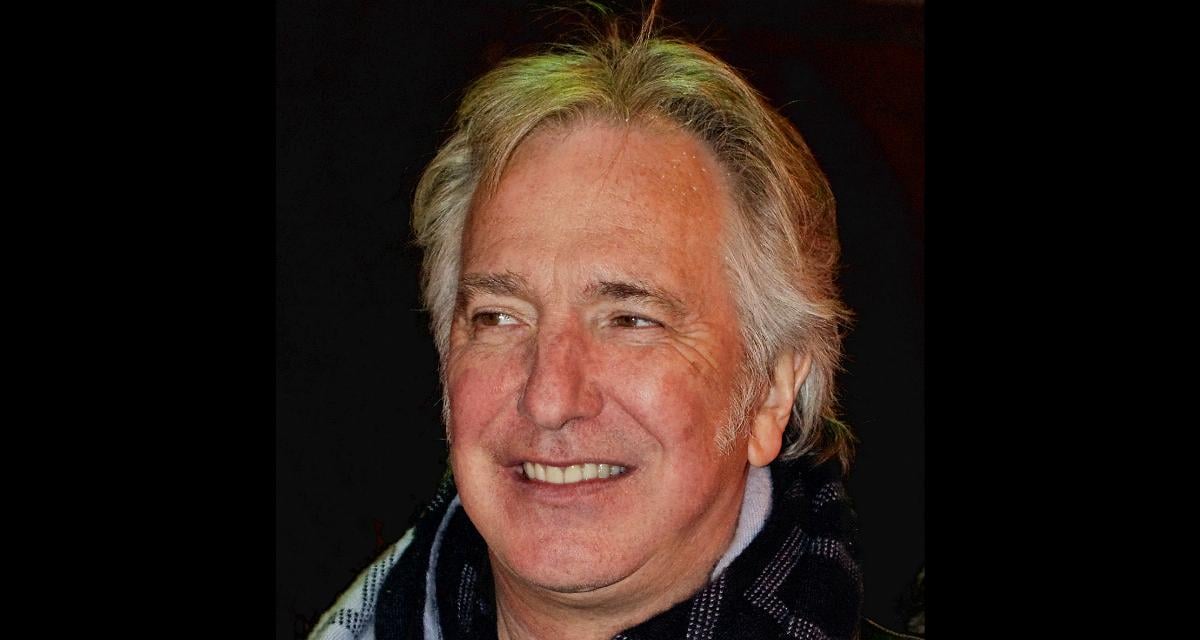 Barely days after music legend David Bowie’s death by cancer, the heinous illness has claimed the life of yet another British idol, actor Alan Rickman, who died just hours go today (January 14). According to a statement from his family, Rickman was “surrounded by family and friends” at the time of his passing.

Alan Rickman had donned many roles in his life as an actor and director. Fans around the world will fondly remember him as the terrorist Hans Gruber in Die Hard (1988) and as the dark, Machiavellian Professor Severus Snape in the world’s top-grossing movie series, the Harry Potter franchise (2001-2011).

Born in Acton, London to a working class family, Alan Rickman earned his way to the top, becoming one of the world’s most recognizable actors efficient in portraying a range of characters, especially the villain. In the late 1980s, Rickman was working as a graphic designer when he found his life’s purpose in acting, and was successful in getting into the Royal Academy of Dramatic Arts through an audition.

After attending the school for two years, Rickman became sure of his prowess over the arts and headed for the stage. He supported himself as a dresser for theater legends Nigel Hawthorne and Ralph Richardson, before working with the Royal Shakespearean Company (RSC). He also played the slithery Reverend Obadiah Slope in the BBC mini-series The Barchester Chronicles (1982). His notable breakthrough as a stage actor came with RSC’s Les Liasons Dangereuses, a Christopher Hampton adaptation, which earned him his first Tony Award nomination. Rickman’s co-actors were startled by his conviction in enticing the audience deep into the plot, and especially with his character.

Rickman even had success in his directorial ventures with dramas like the acclaimed Scottish drama The Winter Guest (1955), My Name Is Rachel Corrie (2005), and most recently, A Little Chaos (2015), starring Kate Winslet.

Since news of Rickman’s death has spread, several members of the British film fraternity have tweeted about losing their “inspiration.”

I do not want my heroes to die! Alan Rickman is dead & he was another hero. Alan – thank you for being with us. We are sorry you had to go — Eddie Izzard (@eddieizzard) January 14, 2016

Just heard about Alan Rickman, the man who made Galaxy Quest exquisitely uncomfortable for me. Very sad news.

Two of the most touching tributes came from his Harry Potter family, author J.K. Rowling and co-star Daniel Radcliffe. Rowling took to Twitter to pay respects to the late star, writing, “There are no words to express how shocked and devastated I am to hear of Alan Rickman’s death. He was a magnificent actor & a wonderful man.” Meanwhile, Radcliffe shared a lengthy statement on his Google+ page, calling Rickman “one of the greatest actors I will ever work with,” adding, “He is also one of the loyalest and most supportive people I’ve ever met in the film industry. [sic]” Radcliffe evven shared a behind-the-scenes photo of a moment that he shared with Rickman while filming one of the Harry Potter movies.

There are no words to express how shocked and devastated I am to hear of Alan Rickman’s death. He was a magnificent actor & a wonderful man. — J.K. Rowling (@jk_rowling) January 14, 2016

Rickman’s roles in movies like Sheriff of Nottingham in Robin Hood: Prince of Thieves (1991), Franz Mesmer in Mesmer (1994), Colonel Brandon in Sense and Sensibility (1995), and Judge Turpin in Sweeney Todd (2007) are what helped Rickman build his well-deserved $16 million net worth. However, it was his role in the Harry Potter movies that likely inflated it. After his death, Alan Rickman’s net worth will presumably be left behind to his wife Rima Horton. The couple, who first met as teenagers, had no children.

An acclaimed villain, Alan Rickman had earned himself a BAFTA Award, an Emmy Award, a Golden Globe Award, and a Screen Actors Guild Award, in addition to numerous notable nominations. After secretly fighting a yet-to-be-known cancer, there’s no doubt that Rickman has left an indelible mark on the film fraternity and on the hearts of film buffs everywhere.