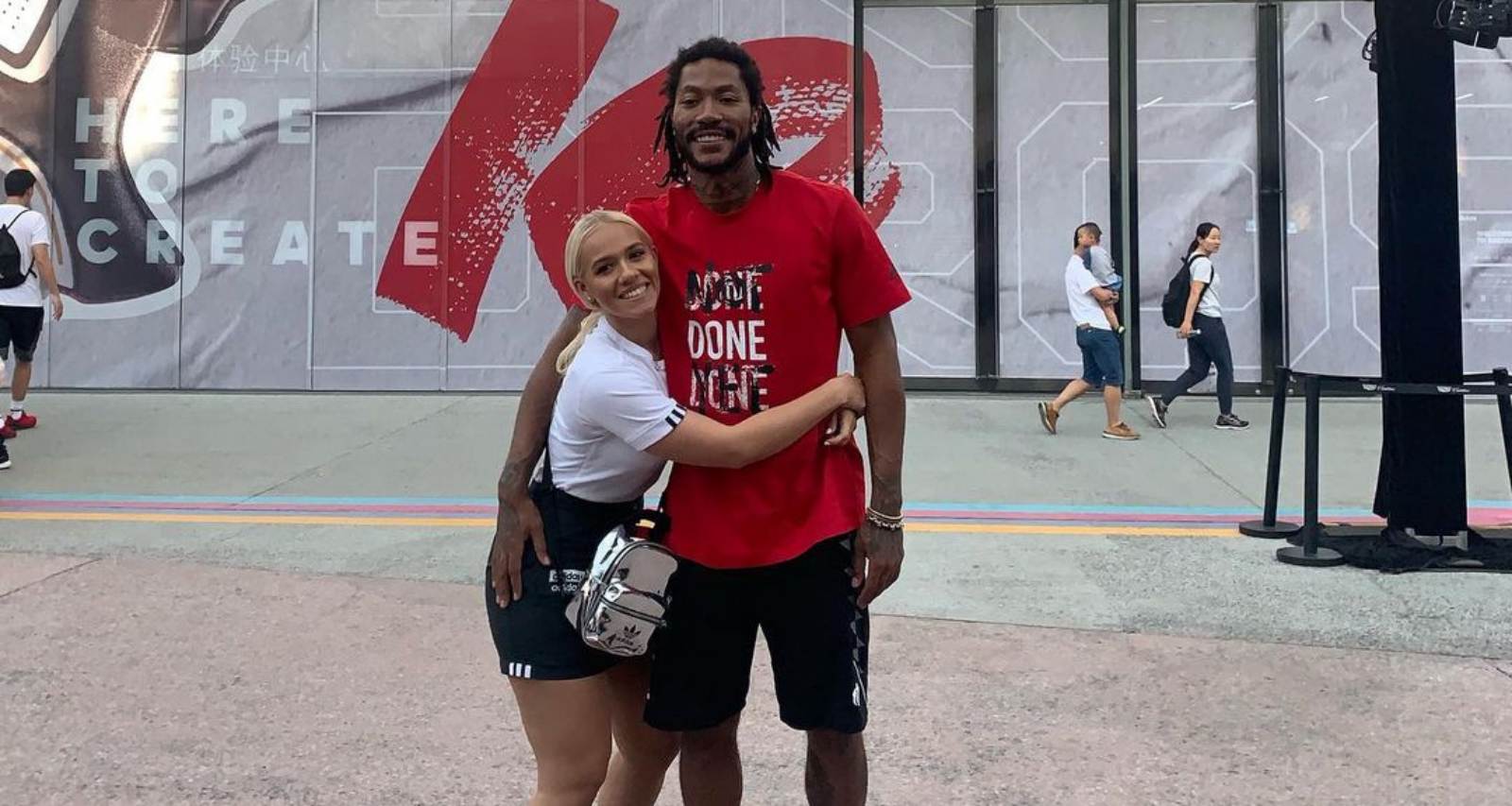 Alaina Anderson joined the Detroit Pistons WAGs when her husband, Derrick Rose, signed with them in 2019. Rose has had his fair share of ups and downs, both on and off the court. In recent years, though, he’s had Anderson supporting him on the sidelines. They keep their relationship low-key, but make no secret of how much they adore their little family on their social media. This Alaina Anderson wiki will satisfy the curiosity of Internet users eager to know about Derrick Rose’s wife.

Alaina Anderson was born on November 15, 1994 to Anthony and Angela Anderson. She is a native of Chicago, Illinois.

Anderson is a graduate of De La Salle High School in Chicago. She was part of her high school’s cheerleading squad. Back in Chicago, she also worked at Hooters.

Dance and athletics seem to be a big part of Anderson’s life. Since Hooters, she has built her empire as a model, fitness influencer, and entrepreneur.

The fitness model has build an Instagram following of 235K and growing. Not only is she being #FitMomGoals on social media, but she also has a fitness brand, Keep It Cute.

Keep It Cute sells fitness essentials like resistance bands, waist trainers, and athletic wear for your routines. And you can also learn how to get a body like Alaina’s with her fitness guide.

Both Anderson and Rose are natives of Chicago. They met in 2016, the year Rose played his final season with the Bulls. It’s, however, not known how they met and came to date.

After two years together, Alaina Anderson and Derrick Rose secretly married in February 2018. They would welcome their first child together, a girl named Layla Malibu Rose, on February 25, 2018. Their son, London Marley Rose, was born in May 2019.

Layla and London have an older half-sibling, Derrick Rose Jr. The younger Derrick was born on October 9, 2012 from Rose’s previous relationship with Mieka Reese.