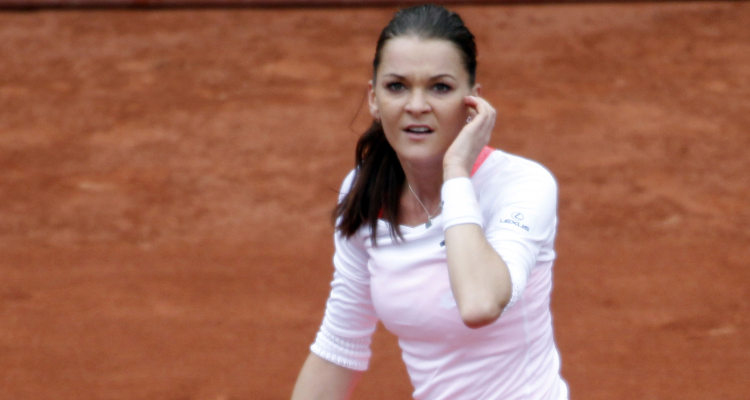 Polish tennis player, Agnieszka Radwanska lost the last women’s quarter-final’s spot at the 2016 U.S. Open to Ana Konjuh of Croatia. It was a close match and Konjuh jokingly said she got revenge for her loss at Wimbledon at the hands of Radwanska. Nevertheless, Radwanska is a tough opponent being ranked No. 4 in the world. Her own peers admit she’s a player to watch. World No. 2, Andy Murray said Radwanska is “magical with her shot-making ability”. Standing at 5 ft. 8, she is not only known for her great performance on the court, but also for some drama in her personal life.

Here are some interesting facts about this 27-year-old Cheesecake Factory lover, nicknamed ‘The Professor’ by her peers for her intelligent game.

Agnieszka’s first coach was her father, Robert Radwanska. She started playing since at the age of four and became a professional by the time she was in her teens. Her father was notably domineering and Radwanska wanted to separate her professional life from her private life. So, she fired her father as her coach in 2011 and Tomasz Wiktrowski, Poland’s Fed Cup Captain, replaced Robert. Borna Bikic, a veteran coach on the WTA Tour, coached her briefly in 2012. Radwanska had the distinguished honor of being coached by tennis legend, Martina Navratilova in 2014. However, Navratilova couldn’t continue as her coach due to her already busy schedule. Wiktrowski continues to be Radwanska’s main coach and is credited for her success.

Made History in Poland

Radwanska is the first Polish player to make it in the WTA finals. In the country’s 44 year history, no player from Poland has ever competed in the finals of the grand slam tournament.

Radwanska began playing tennis under her father’s coaching and even though he was quite good, he was also very domineering. Robert was said to be too strict and imposed a lot of restrictions on his daughter, including preventing her from socializing, partying and dating. He also wanted her to marry late and focus solely on her tennis career. It became unbearable for Agnieszka, and she had him replaced with Wiktrowski. As an act of rebellion against her father, Agnieszka did a naked photo-shoot. It didn’t sit well with the conservative Robert, who took it out on Wiktrowski. Agnieszka’s mother, Marta said that her ex-husband had a demanding regime and yelled at his daughters on the court. However, the last straw for Agnieszka was when Robert left Marta for another woman. The tennis star supposedly did the photo-shoot in retaliation. Marta even said her daughter’s exposing photo-spread was done in ‘good taste’. Robert had even posted some political comments on Agnieszka’s website saying they were from her. This further angered Agnieszka.

Her sister is Following in her Footsteps

Agnieszka’s sister, Urszula also began playing tennis from a young age. However, she has had only limited success. Injuries caused her to drop in rankings. Uszula has had three operations for torn ligaments. The sisters have played against each four times, where Urszula won the first and Agnieszka won the other three. Agnieszka has said running along the river in Krakow with Urszula is her favorite part of training.

Agnieszka is rumoredto be dating her former sparring partner, Dawid Celt, shortly after dropping her father as coach. A Poland-native as well, Celt has never played a main draw match on tour. He retired from the game in 2011, after achieving a rank of 862. The couple have never overtly confirmed their relationship but have often been seen together. Marta has even said her daughter is considering marriage with Celt!