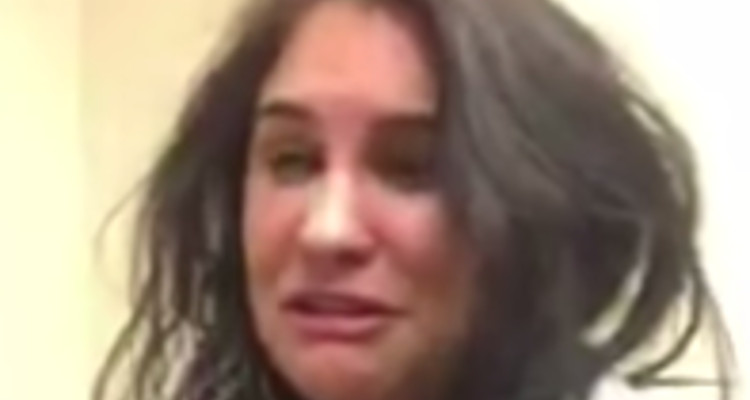 The gaming world suffered a great loss when Phillip Klemenov aka Phizzurp, tragically passed away in a car accident on Sunday, October 2. The professional Call of Duty gamer and YouTube star was involved in a car crash, along with his girlfriend, Adrianna Lemuss who escaped unharmed, while the third passenger, an unnamed friend, suffered fatal injuries. In light of the accident, heartbroken fans are curiously searching the Internet for more details about Phizzurp’s girlfriend, Adrianna Lemmus, but we’ll tell you everything you need to know about the horrific incident right here.

#1 She Escaped Alive with Minor Injuries

According to Adrianna Lemuss, Phillip Klemenov was driving a friend’s car and lost control, after which they crashed into a pole and some trees. In the video posted to Twitter, Lemuss’ right arm is in a sling and she looks like she’s okay, although visibly shaken up after the devastating loss. A third passenger was also present in the car, who died along with Phizzurp in the accident, but his name has not been released by police authorities as of yet.

The trio had dinner at Dave and Buster’s restaurant in Colorado and the crash occurred at 2:30 a.m. EST, around the 9900 block of East Florida Avenue in Aurora, Colorado. While Phizzurp and his friend were pronounced dead at the scene, Lemuss luckily escaped with her life. She later Tweeted a sweet tribute to her late boyfriend stating, “I fell in love with you, and I will never fall out of it.”

[email protected] one last Cute video of my baby I fell in love with you and I will never fall out of it pic.twitter.com/sekZRgG4Ye

Sobbing uncontrollably, Lemuss took to Twitter to announce Phizzurp’s passing to his legions of gaming fans. She uploaded an emotional video in which she described what happened on the night of the accident. Fighting back tears, Lemuss stated, “I am making this video to let all of you guys know that Phil and I and his best friend were in a car accident today. Phil lost control of the car, we flipped into a pole and through three trees. I was the only one that was conscious and I just want to let you guys know.”

Phizzurp’s girlfriend went on to say, “He was a great guy he did not deserve this. Phil is such a good man, and I loved him so much. He was so kind.”

#3 Police Are Still Investigating the Accident

The local authorities are piecing together the evidence, and are still looking into the tragic accident that claimed two young lives. A report released by the police stated that, “The preliminary investigation shows a black Infinity was eastbound on Florida when it lost control and rolled several times ending up on the sidewalk to the north of East Florida Avenue. The car hit several trees and a light pole in the process. An adult male passenger was pronounced dead at the scene.”

[email protected] My baby passed away today about 15 minutes ago. Everybody keep good memories of him. Rest In Peace my angel pic.twitter.com/E9xcuPJGiI

After some fans had speculated that the Call of Duty gamer might have been intoxicated while driving the car, Lemuss took to Twitter to set the record straight. According to her, Phizzurp “wasn’t drinking and driving” and never put her in an uncomfortable position. She insisted that Phizzurp didn’t have much experience driving the car, since it belonged to his friend, and that the police report was misleading. Lemuss added that she even called Phizzurp “cute” because he had forgone alcohol that fated night, and chosen to drink water and stay sober, instead.

#4 Phizzurp Had a Bright Future Ahead of Him

23-year-old Phillip Klemenov aka Phizzurp was a professional gamer. He had been competing in Call of Duty tournaments, and making YouTube videos for the last five years. He was a veteran member of the H2K team that participates in gaming contests for prizes. He was originally from Denver, but had been residing in L.A. After his untimely passing, the hashtag “RIPPHIZZURP” started trending in the United States, with his shocked fans posting heartfelt messages and tributes in his memory.

H2K-Gaming released a statement giving condolences to the young pro, whose life was tragically cut short. It read, “Today we lost a beloved H2K family member. Phillip ‘Phizzurp’ Klemenov passed away earlier today. Our thoughts and prayers are with his family, friends and all of those who were lucky enough to have him in their lives. Rest in peace Phil; we will always miss you.”