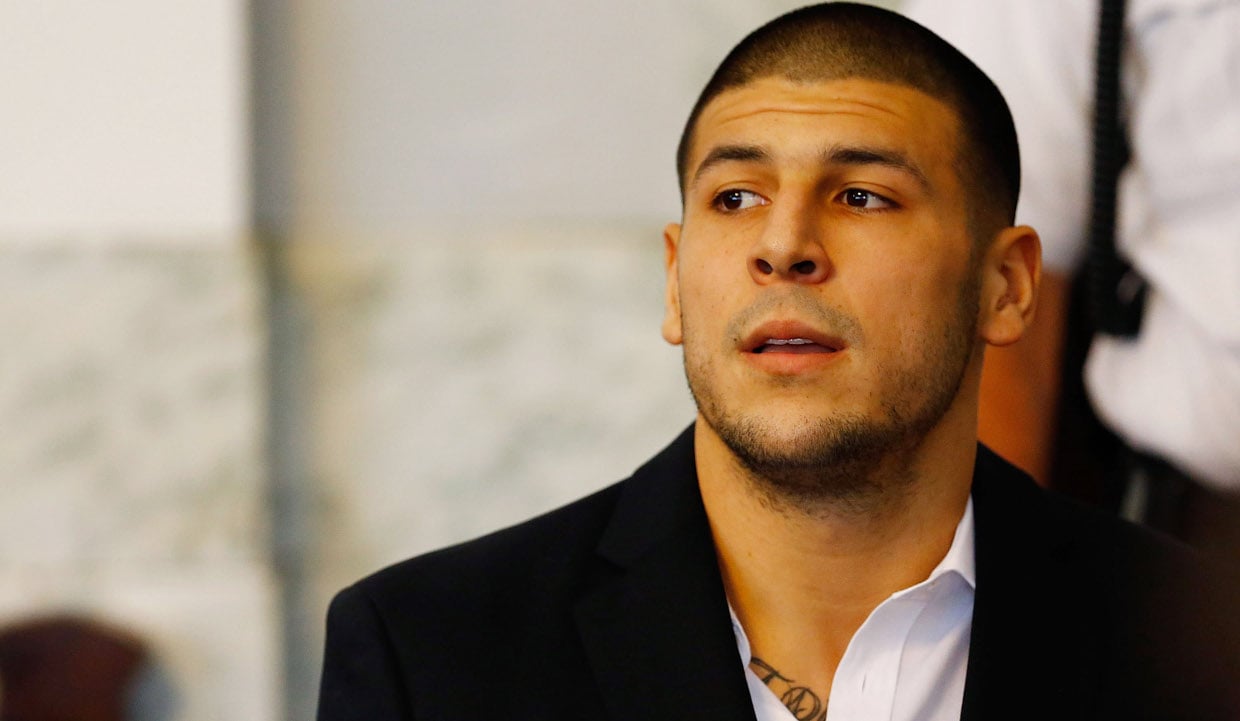 Almost a year after he committed suicide in his jail cell, Aaron Hernandez is back in the news. Aaron Hernandez Uncovered, a two-part Oxygen documentary, aired on March 17 and 18, and has left fans with many questions. People now want to know more about Alyssa Anderson, Aaron Hernandez’ ex-girlfriend, after she revealed details about the football player’s sexuality. Keep reading to find out more.

In April 2017, Aaron Hernandez took his own life in his prison cell in Massachusetts. But he left this world with plenty of unanswered questions.

The former Patriots star had been convicted of the murder of Odin Lloyd in 2013 and was serving his prison sentence. On April 19, 2017, Hernandez was found dead in his cell, hanging from his bed sheet from the window. His death was ruled as a suicide.

As new information surfaces, all eyes are on a less-known person in this case. The former girlfriend of Aaron Hernandez, Alyssa Anderson, recently discussed her relationship with the late NFL player and even spoke about his sexuality. Now, the interview is raising eyebrows as new details about Hernandez are coming to light.

So, who is Alyssa Anderson? Was Aaron Hernandez gay?

We’ve got everything you need to know right here, along with details from Alyssa Anderson’s wiki.

Born on June 1, 1987, in Florida, Alyssa Anderson’s age is 30. She attended Eau Gallie High School in Melbourne, Florida, and pursued a degree in finance at the University of Florida, graduating in 2009.

According to Alyssa Anderson’s Facebook bio, she’s been working with Verizon since September 2009. She currently lives in Orlando, Florida.

You’ll also find many of Alyssa Anderson’s pics with Aaron Hernandez on her Facebook account as the two seemed very much in love at one point in time.

Aaron Hernandez met Alyssa Anderson while attending college in Florida. She and Hernandez developed a “really, really strong relationship” when they were together, according to Anderson.

They broke up in 2010 when the New England Patriots drafted Hernandez. But they remained on amicable terms.

Anderson reportedly reached out to Hernandez when she heard the news of his arrest for the murder of Odin Lloyd. The duo kept in touch for the next couple of years. Anderson revealed that Hernandez opened up to her about being sexually molested as a young boy and even discussed his struggles with his sexuality.

When Aaron Hernandez died in April 2017, Anderson wrote a heartfelt post on her Facebook that read, “I just wanted to say thank you to everyone that reached out yesterday and for all the support shown for Aaron. It’s important to remember he leaves behind a family and a lot of people that cared deeply for him.”

“There’s a lot that the people closest to him will never understand but have been greatly affected by the outcome of this. I have a lot of great memories with Aaron that I’ll never forget- we shared a lot of funny moments and really deep conversations, and I will have those with me forever. RIP Aaron,” Anderson added.

According to Alyssa Anderson, Aaron Hernandez was gay and struggled with his sexuality. “Back in college, there was text messages I saw on his phone when he came back from a trip in Connecticut that was [from] a male, that didn’t have a name, didn’t really say too much. But it was a relationship with somebody.”

She added, “And when I questioned him about it, he always denied it. And then, in one of the letters, he opened up about it, and he did admit to it,” continued Anderson.

Hernandez wrote, “Please keep between this….But it’s not a shock, you caught me lol.”

In the letters, Hernandez had also shared details about his childhood with Anderson.

“Towards the end of his first trial into the second trial, the letters became more intense. He did open up about some of the struggles he had gone through as a kid. He admitted to being molested as a kid, but he never dealt with it. And it led to issues in his sexuality,” Alyssa Anderson revealed on Aaron Hernandez Uncovered.