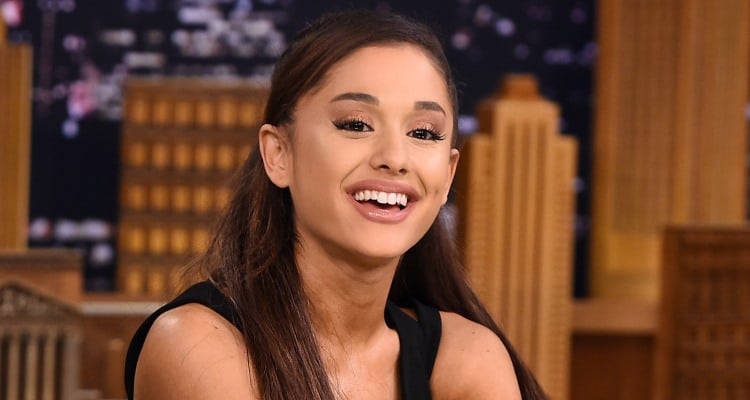 At only 22, Ariana Grande has established herself as a pop queen. In less than 3 years of being active in the music industry, the Focus hitmaker has gathered 56.2 million Instagram and 35.6 million Twitter followers along with about 28 million likes on her Facebook page. Take a look at the top 9 reasons why Ariana Grande has and will continue to inspire us.

When She Called Out Authorities for Mistreating Her Pets

Once, Grande’s 2 pet dogs, Sirius and Toulouse, were almost on the verge of being killed due to some formal legal issues. Not afraid to call out the authorities who mistreated her, she slammed them on Twitter saying, “This was unacceptable. @poferries pls have your employees treat people/animals w(ith) respect. Kindness goes a long way.” Hear, hear.

Grande also respects the good kind of people, and inspires us to do the same. On Women’s Day she wrote a series of Tweets that paid homage to every good woman out there.

When She Gave Family More Importance

It isn’t just once that the former child star put family first. Grande stole the show when she attended the American Music Awards with her grandmother, whom she fondly refers to as “Queen Nonna.” She also posts snaps of her late grandfather, who beat cancer a month prior to his death, in response to which Arianators started trending the hashtag #WeAreProudOfGrandpaGrande.

That Time She Supported Miley Cyrus

Instead of rivalry in the music industry, Ariana Grande and Miley Cyrus shook hands and supported each other. Grande openly flaunts their strong friendship and how she vouches for Cyrus’ Happy Hippie Foundation that stands up against injustice towards the homeless youth. Here’s one of them in onesies when Grande took part in a Backyard Session with the hope of removing labels, judgment and unkindness.

#acceptance #love #happy #hippies thaaannk u @mileycyrus @happyhippiefdn for having me be a part of somethinnnnn so beautiful. here’s to raising awareness and stopping as much judgment, labeling, and unkindness as we cannnnn!!! u are beautifulll @mileycyrus A photo posted by Ariana Grande (@arianagrande) on Feb 12, 2015 at 10:20pm PST

When She Showed Compassion Towards All Animals

Taking a snippet from Jimmy Kimmel’s late night show, Jimmy Kimmel Live!, Grande posted this with the caption, “I stand by u @jimmykimmel. Making a donation to @WWF in hopes that C’s death won’t be forgotten. #RIPCecilTheLion [sic].” Will her kindness ever cease to amaze?

I stand by u @jimmykimmel. making a donation to @WWF in hopes that C’s death won’t be forgotten. #RIPCecilTheLion </3 pic.twitter.com/xNA4KTeTB1

That Epic Wheel of Musical Impressions

If anyone ever doubted Ariana Grande’s talent, she showed them just why she is worth $20 million. Impersonating Britney Spears, Christina Aguilera and Celine Dion while singing nursery rhymes such as The Wheels on the Bus and Mary Had a Little Lamb is no easy task and yet she nailed it! Fans had comments such as, “Ugh I watch this at least once a week, I have a problem!” Anyone else?

When She Completely Slammed Anti-Feminists

Grande’s most impressive act of feminism was last year when in a short video she emphasized the message of feminism by clarifying to the world that she does not want to be referred to as “Big Sean’s ex” or “Niall’s possible new girl.” She stated, “I’m Ariana Grande and if that’s not interesting enough, don’t talk to me.” Girl. Power.

When She Shared the Message for Life

On Twitter she shared a picture that truly changes the way one thinks about life. The image explained that we will find whatever we look for in life- be it the good or the bad, but “our experience of humanity, and life itself,” is in our hands.

Ariana Grande has teamed up with several beauty companies to release her own lipstick line as well as perfume. What’s more, the revenue earned from the cosmetics will go to the MAC Aids Fund. She also released a perfume called “Frankie” in honor of her brother.