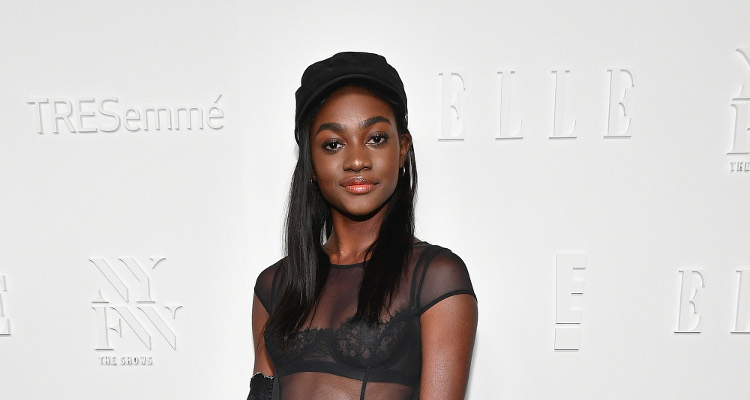 Check out these eight drop dead gorgeous models who killed it at the 2016 Victoria’s Secret Fashion Show in Paris, France!

The 2016 Victoria’s Secret Fashion Show will be one for the history books. The annual fashion extravaganza broke the first of many records with four Chinese models and eight black models who strutted their stuff down the Victoria’s Secret runway. The iconic lingerie retailer, who has faced plenty of criticism in the past for lack of diversity, took a step in the right direction by eschewing its typical light-skinned, fair featured models in favor of diverse beauty standards. Foregoing the weaves and extensions, three black models sashayed down the runway rocking their natural hairdos, much to the delight of the audience. Here is a list of the eight African-American models who proved that beauty comes in all shapes, sizes, and colors at the 2016 Victoria’s Secret Fashion Show.

Jasmine Tookes may only be 25 years old, but she has already taken the modeling industry by storm with her stunning good looks and fantastic height. The Huntington Beach native was bestowed the honor of wearing the $3.0 million Fantasy Bra at this year’s Victoria’s Secret Fashion Show!

The 23-year-old Londoner caused controversy in April this year, after advising her social media followers not to feel pressurized to send explicit texts and photos. For this, she was deemed a hypocrite. She also accused make up artists at the New York Fashion Week for being unable to match her skin tone, saying that models of color are responsible for bringing in their own makeup.

The 24-year-old Angolan supermodel made headlines at last year’s Victoria’s Secret Fashion Show after she proudly showed off her natural hair on the catwalk. Christened Forbes Africa magazine’s top model, Borges said her bright outfit was “a love letter to my beloved continent, AFRICA.”

The 21-year-old West Palm Beach native got her lucky break after she was spotted at the mall. She is part of the large group of 18 rookies making their debut this year, and will walk the runway beside Bella Hadid, Maggie Laine, and Megan Williams.

The 21-year-old Tanzanian native is making her debut at this year’s Victoria’s Secret Fashion Show. The daughter of a diplomat, Paul has already walked for top-notch fashion designers like Tom Ford, Calvin Klein, Armani, and Cavalli.

The 18-year-old horse lover from Maryland was scouted online through IMG models’ ‘We Love Your Genes’ global Instagram campaign. The 5’9.5″ tall beauty is making waves with her perfect 32-22-33.5 body stats.

The 5’10” Houston native made headlines by rocking a stunning close shaved and bleached look at the Victoria’s Secret Fashion Show. Spectators fell in love with the gorgeous model as she stopped and blew a kiss during her walk.

The former high school basketball player from Iowa quickly made her transition from the court to the catwalk and wowed the audience by letting her loose dark curls hang. She towers at 5’10” and has a perfect figure of 32-23-34.5. Watch out for this one!