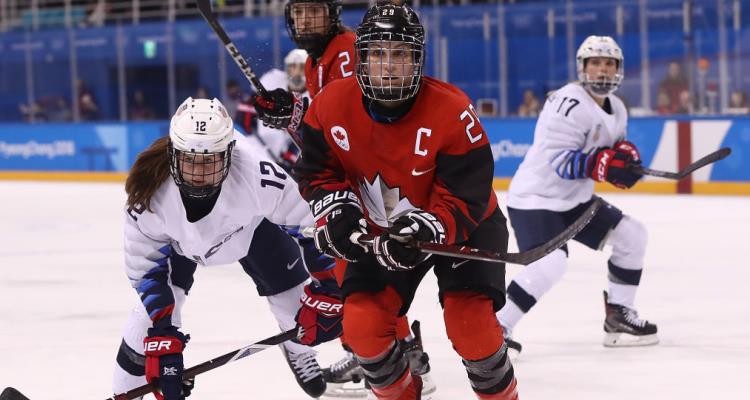 With the collapse of the USA women’s ice hockey team during the 2014 Sochi Winter Olympic games to team Canada, hockey fans from around the world have been waiting for this rematch to occur! Once again, Team USA will be playing the defending champions (team Canada) for the gold medal—this time at the Pyeongchang 2018 Winter Olympic games! Team Canada has won the last four gold medals in the Olympic tournament. However, this year it’s possible that team USA pulls off the victory and ends team Canada’s streak! Below are seven reasons to watch the U.S. vs. Canada Women’s hockey gold medal game, but first, here are the details of where and when to watch it!

The U.S. vs. Canada Women’s hockey gold medal game is scheduled to start at 1:10 p.m. local time in South Korea (11:10 p.m. Eastern time). The game will be broadcasted on the NBC Sports Network so make sure you check your local listings for the appropriate channel. All eyes are the Canadian and USA women’s hockey teams tonight because this is a rivalry that stems from one very close previous Olympic game! If you missed these two teams going head-to-head at the 2014 Sochi Olympics, you missed one hell of a game! The nail-biting final (which went to the Canadians in overtime) has the U.S. team back for vengeance, putting all their focus on earning that gold! But that’s not the only reason you should tune into this exciting match; keep reading because we’ve got a list of a few more important reasons to watch it below!

Team USA played in the finals of the 2014 Sochi Olympics and it was a game that they haven’t forgotten.

With minutes left in the game, Team USA was up by two goals and was sensing sweet victory. Then, all of a sudden, Team Canada scored two goals in under four minutes to tie the game up! Just before regulation time ended, Team USA almost scored their third goal to win the game, but it ended up hitting the goal post!

The game then headed to overtime where Team Canada scored their third goal to clinch the game and earn the gold medal! Even during the medals ceremony, team USA had the look of defeat and didn’t want to be present since the American national anthem was not being played.

This time around, Team USA is looking to change things as they still have that loss at the back of their minds. They’re gunning for gold this year!

Team USA Is the Better Team

In the preliminary round robin and elimination rounds, the better team was definitely team USA.

The style of play for both countries is different when the comparison is made; team USA’s individual player skill set is much higher, whereas Team Canada plays more of a “team” game. In these big game scenarios, the preference would be having more skilled players because a few key individual plays will often determine the outcome of the game.

Canada has won four straight gold medals at the Olympics, which were all with Hayley Wickenheiser on their team roster. However, we will not see her battling it out on the ice in Pyeongchang as she retired from international hockey in 2017. In previous years, she was the heart and soul of the team; rallying the team when put in a bad game situation, like 2014 Sochi Olympics. Now, with team Canada without Wickenheiser, they have a big gap that has not been filled within the current team roster. Team USA could take advantage of this leadership struggle for team Canada and come out as the “mentally stronger” team.

Women’s Ice Hockey Team the Only Contender for USA Hockey

With the men’s USA hockey team now eliminated, the women’s team has the country’s interest in hockey on their back! There will be a guarantee of a silver medal, but a gold medal will be historic for the country with a victory.

In fact, now that it’s down to just the ladies, it’s possible their game will have a higher viewership than ever before! It’s possible the entire country will tune into the game, just like they did when the women’s world cup of soccer team was won in 2015. The entire country was talking about the great run of the women’s soccer team and it attracted a lot of new fans to the game. The same could be said about this ice hockey tournament. (Hopefully!)

Amanda Kessel Has Winning in Her Blood!

Amanda Kessel was part of the 2014 Sochi silver medal win, which should help to encourage the team not to give up during this gold medal game. Since high school, Kessel has had the ability to play at a very high level. She even attended Shattuck-Saint Mary’s the same school that was attended by Sidney Crosby (NHL gold medalist and Stanley Cup winner) and fellow Olympian, Jocelyne Lamoureux (who holds the Olympic record of scoring two goals in the shortest amount of time—six seconds).

In addition, her brother is Phil Kessel, the NHL veteran with two Stanley Cup rings and a Team USA Olympic silver medal in hockey. And it looks like hockey runs in their blood, as Amanda’s younger brother is Blake Kessel, who is also currently an AHL hockey player. Could she be the one who helps earn USA that coveted gold medal tonight?!

A Strong Team On & Off the Ice

This was not an issue that was about money; it was about equal pay for the same efforts.

And why wouldn’t it be? The principal of it was obvious and they girls weren’t wrong for expecting to make the same as their male counterparts, especially for playing the same sport!

You Don’t Want Miss Out on Water Cooler Chatter!

The U.S. vs. Canada Women’s hockey gold medal game could be as historic as the Philadelphia Eagles winning their first Super Bowl or LeBron James bringing the NBA championship to the Cleveland Cavaliers organization. So, don’t be “that guy” that has no idea what’s being discussed by the water cooler as coworkers excitedly buzz about the big game!

Missing the game (and a possible team USA victory) could leave you out of the loop—and out of the conversation. And let’s face it; no one likes to be that person!

Again, it all goes down tonight at 11:10 p.m. Eastern time and will be broadcast on NBC! Will the USA get the redemption they seek so badly? This is one game you don’t want to miss! 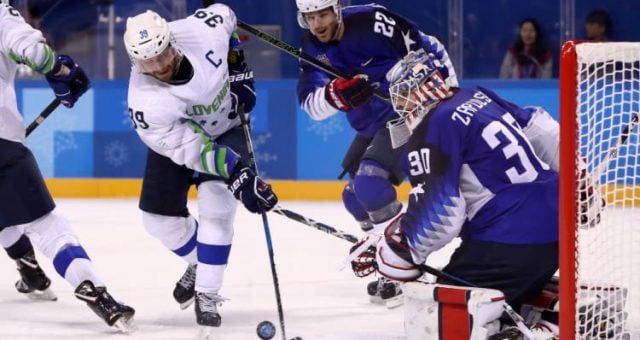