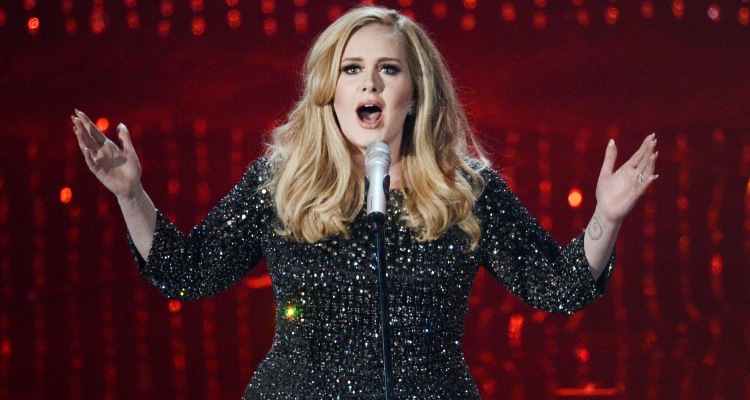 While singing at Tuesday night’s concert at Genting Arena in Birmingham, Adele couldn’t help but recognize a familiar face: her own! Plucked from obscurity, the Adele look-alike (seemingly separated at birth) was in the fourth row at the sold-out show when the fan waved at Adele and was asked to join her on stage. The impostor is none other than Emily Bamforth—but don’t worry, she comes in peace.

Who is this woman you ask? Does she get mistaken for Adele often? Does she use her powers for good? We have the breakdown of what we know about her so far. Some of the details are more similar than expected.

Emily Bamforth was born in the town of Northampton, England. Shockingly enough the 27-year-old is the same age as her idol, Adele, but Bamforth was born in September not November (still so close, though!). She has similar golden locks and shape as the singer, but her passion is make-up not singing. Bamforth is also engaged Tom Winkler, who has been tweeting non-stop about the “twins.”

Now, it’s unclear how long Winkler and Bamforth have been engaged but they are clearly very much in love. It was actually his waving at Adele from the fourth row of her Genting Arena show that got the “Hello” singer’s attention.  According to his Twitter account, Winkler is currently running for the Silverstone Half Marathon, Paris Marathon, and London Marathon for Cancer Research U.K. And when he’s not saving the world, he also stated that he hopes to win the world record for being dressed as a shoe.

@Adele made my fiancés day, month, year! Thank you for the massive amount of brownie points! pic.twitter.com/hTTMN5r3rY

With looks like hers, it’s no wonder that Bamforth has a passion for make-up and posts often on her YouTube channel. She posts mainly about how to style and apply cosmetics to look just like some of your favorite celebrities, including Adele. And you know what? She’s not lying! At this point, she could get Adele’s own child to say “Mum”! With over 300-plus subscribers and well over 41,000 views on her videos, it’s safe to say that Bamforth has secured quite a following. According to her channel, she describes herself as an avid make-up “LOVER” and it’s clear she doing what makes her happy.

Bamforth is a ride-or-die Adele fan and isn’t afraid to show it. A big part of the reason she was chosen out of the crowd wasn’t just looks but proximity as well. Bamforth was sitting with her fiancé in the fourth row! She love’s Adele so much that she’s seeing her sold out concert again. We’re starting to see these tickets are sold out. If Bamforth sits any closer she’ll have to sing on stage.