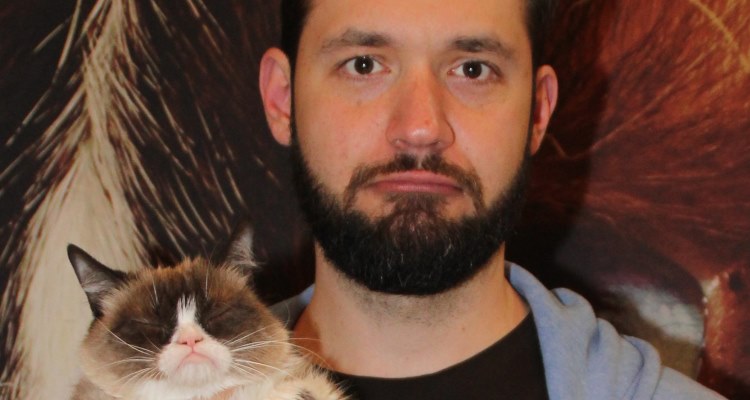 Who is Serena Williams dating? You may be wondering this yourself, given that the relationship appears to be having a negative impact on her career. While she’s reached the quarterfinals at Wimbledon, the tennis star hasn’t been playing in the same dominant fashion that she is known for. Well, she likely doesn’t care as much about her performance right now as things are apparently heating up between her and her new man. Soon, you may go from searching “Serena Williams boyfriend” to “Serena Williams husband.” So, just who is Serena Williams’ boyfriend? Here you’ll find everything you need to know about him.

Serena Williams’ partner off the court is 32-year-old Alexis Ohanian, who has a personal net worth of $4.0 million. Why, you ask? Well for starters, he co-founded Reddit, which you’ll read more about in a second. The pair apparently met at a lunch, though no details are available beyond that. They reportedly tried to keep their budding romance on the down-low, with the lunch in question potentially occurring as far back as October of 2015. And if you need proof that he actually cares about her for her, he’s actually not a fan of tennis at all; he didn’t even give the sport the time of day until he began dating one of the best players in the world!

Alexis Ohanian’s main claim to fame is being one of the founders of Reddit, better known as “the front page of the Internet.” As an entertainment, news, and networking web site (and the 25th most visited site in the entire world also ranked 11th in the U.S.), Reddit was founded in June 2005 by Ohanian and Steve Huffman, who is currently Reddit’s CEO. Ohanian serves as the executive chairman for the site, which is valued at $500 million as of 2015.

She May Have Dumped Drake for Him

Before Ohanian, it was rumored that Serena Williams was dating Canadian rapper Drake. This speculation began after he was seen attending many of her games and other events even though they had known each other for years prior. If there was any truth to these rumors, it would mean that Williams hooked up with Alexis Ohanian very shortly after dropping Drake. Of course, nothing about Serena Williams being in a relationship with Drake was ever confirmed nor have Williams or Ohanian commented on it, so take it all with a grain of salt.

He’ll Likely Be the Target of Fan Backlash

Regardless of the truth, Alexis Ohanian will likely take some flack on social media for the same reasons Drake did: being seen as a distraction that’s costing Williams her matches. Unfortunately, everyone has to find a balance when it comes to managing work and a relationship, and sometimes one must be sacrificed for the sake of the other. Apparently, Serena Williams has chosen love, and that means she’s putting less time into practice. While neither Williams nor her team can say whether time spent with her new beau is affecting her game, one thing is for certain: we look forward to seeing these two in “Love”—tennis pun intended!