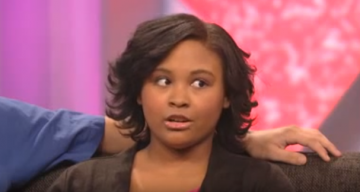 Let’s start with Jordan and Tyler from 16 and Pregnant’s fourth season. Their episode was mainly centered around their interracial relationship, which neither side of their family approved of. Jordan Howard gave birth to son Chase on the show, and it seems like their love prevailed—or so we’d thought. The couple, who started dating in high school in 2008, tied the knot in 2015, and welcomed another child; they now have a daughter named Skylar. However, after just eight short months of marriage, they decided to call it quits. While there was speculation that Jordan was unfaithful, Tyler quickly shut those rumors down when he confirmed she’d met someone after they separated.

Next up, we have Jennifer and Josh from 16 and Pregnant. You may remember this couple for a few different reasons—Jennifer Del Rio became pregnant with twins when she was just 16 years old, and her boyfriend, Josh Smith caused problems with her parents. While Josh didn’t get along with Jennifer’s parents—one of the major reasons being that they didn’t want the babies to have his surname—the pair was determined to make it work However, before their 16 and Pregnant episode even ended, they had a catastrophic fight that ended with Josh being arrested. After doing a bit of research, it came as no surprise to learn that the drama didn’t end there. Jennifer has pressed charges against Josh multiple times, in fear that he’d harm her or her children. Josh previously accused her of domestic violence, but she claims that his injuries were self-inflicted and that he, in fact, was the one being abusive. While the parents of Joshua Jr. and Noah can’t seem to get along, things have gotten better for their mom. Jennifer is now happily married to Luis Gutierrez, and the pair have a three-year-old boy together named Sebastian—and Jennifer’s recently announced that they’re also expecting another little one soon!

Sabrina from 16 and Pregnant stays out of the spotlight for the most part, so we had to dig a littler harder to find out what’s been going on with her. However, we did discover that she and baby daddy Iman are no longer together, and that she’s raising Audrey with her new husband, Albert. Back in 2012, it was reported that Sabrina Solares was diagnosed with cancer—however, it seems like her treatment went well, and she’s living happily with her daughter and husband.

Brian from 16 and Pregnant was on one of the highest-rated episodes of the series, when 2.4 million viewers tuned in to watch his girlfriend Jordan Ward give birth to their son, Noah. The couple was fairly drama-free, especially compared to others on their season (the main drama being Jordan’s sister having a hard time breaking away and sharing her sister with her new family). Fans were delighted when Jordan and Brian stayed together and had a baby girl named Arri. The pair got married, but divorced five years later. Jordan has recently welcomed baby number three with her boyfriend, Manny Hinkson.