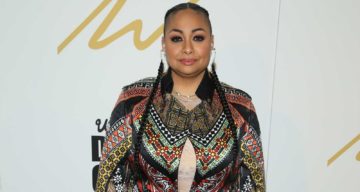 Raven Symone went from child actor to Disney star to multi-hyphenate entertainer, building a net worth estimated at $55.0 million in 2020. You won’t be hearing about her as one of the casualties of early fame. She’s one of the few child artists who managed to stay relevant after growing up in the business.  According to Symone, she has built her fortune to a point that she doesn’t depend on it, that includes earnings from The Cosby Show. Looking into her achievements in showbiz and examining her success, it’s not that hard to believe. In fact, That’s So Raven!

Raven-Symone Christina Pearman was born on December 10, 1985 in Atlanta, Georgia. She was already featuring in print advertisements for Ritz Crackers, Jell-O, and Cool Whip when she was an infant. By age two, she was a successful child model in New York.

After the family moved to New York, three-year-old Raven auditioned for Bill Cosby’s Ghost Dad. She was too young for the role, but Cosby was impressed with her talent enough to create a role for her on his self-titled hit TV show.

That’s how Raven debuted as the witty granddaughter, Olivia, on The Cosby Show season 6 and remained with the show until the finale in 1992. Her acting career took off from there, landing her roles in Queen: The Story of an American Family and Hangin’ with Mr. Cooper.

With Bill Cosby accused of sexual assault, The Cosby Show reruns were yanked off air. That reduced the royalties and residual payments to the main cast.

While it affected some of the actors, Raven recently revealed that she had no such problems.

In an Instagram Live interview as she self-isolates during the pandemic, Raven said that most of her Cosby earnings—salary and residuals included—are sitting comfortably in the bank. Acquiring veteran actor status at a young age meant that she didn’t have to dip into those earnings in recent years.

Don’t Miss: Joe Exotic Net Worth: How Did the “Tiger King” Make His Fortune?

Raven Is a Disney Alum

Raven’s first major role in a feature film came with the Eddie Murphy film, Dr. Dolittle. She followed that with the Disney Channel Original Movie, Zenon: Girl of the 21st Century. This marked her first Disney production. The same year, the young actress reprised her role in the Dr. Dolittle sequel and appeared in My Wife and Kids.

Raven auditioned for a secondary character role in a Disney series in development in 2001. But, instead of giving her that role, the show’s creators cast her for the lead role of Raven Baxter, a teenager with the psychic powers of looking into the future, and the working title was changed to That’s So Raven.

The series debuted in 2003 and ran until 2007, becoming one of the highest rated and longest running series, with 100 episodes on the Disney Channel. The Emmy-nominated series became one of the major franchises of the network with spin-off series, albums, dolls, video games, and merchandise. That’s So Raven has raked in over $400.0 million in merchandise sales alone. 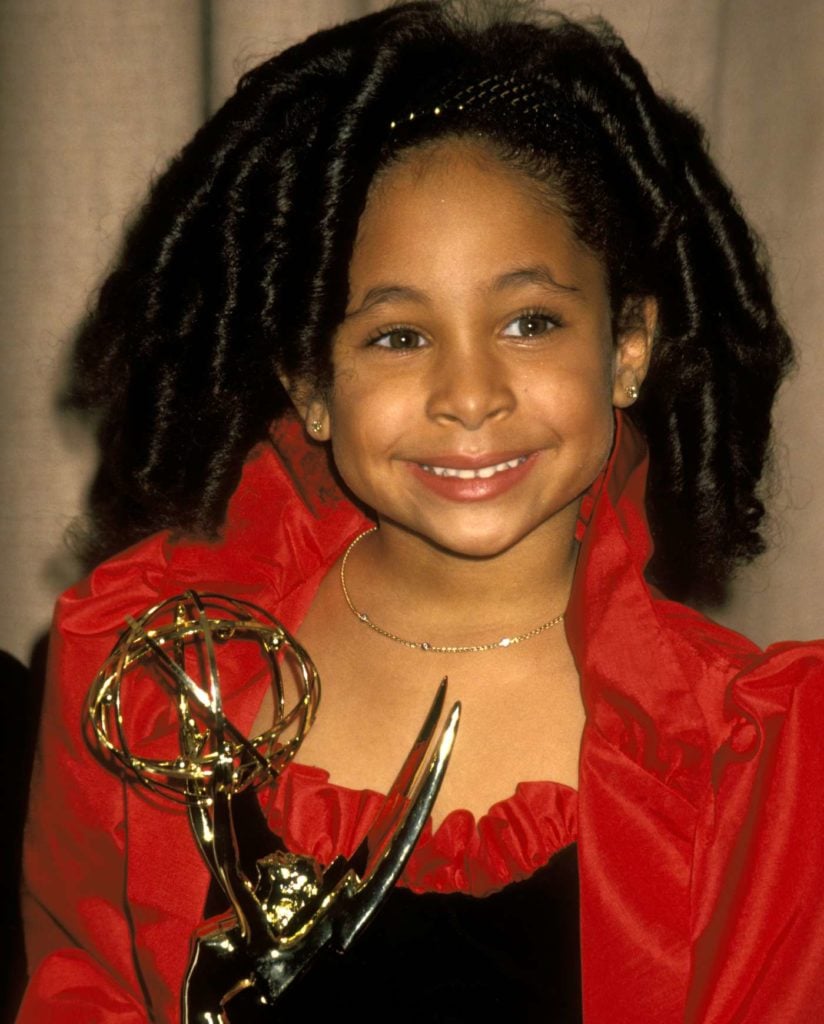 Raven went on to voice the character of Monique in the Kim Possible franchise. Later, she had a small but memorable appearance in Princess Diaries 2 and reprised her role in Zenon: Z3. Raven also appeared in the Disney Channel crossover episodes, That’s So Suite Life of Hannah Montana.

Already a charting artist, Raven built another Disney persona as a member of the Cheetah Girls alongside Adrienne Bailon, Sabrina Bryan, and Kiely Williams. She appeared in the first two DCOM movies and performed with the group.

Raven didn’t return for the third installment owing to reported tensions among the quartet. There have been repeated speculations about a Cheetah Girls reunion, but in her latest interview, Raven said that even though they would love to, it’s not so easy to reunite.

Raven graduated from Disney, starring in her first leading film role in 2008’s College Trip and in the Broadway version of Sister Act. The actress joined Black-ish and The View, and competed on The Masked Singer. But she’s still made guest appearances in Disney shows and has lent her voice to characters.

In 2017, she fulfilled the dreams of Disney fans by bringing the That’s So Raven spin-off Raven’s Home to the screen, with old and new characters.

Raven Has a Solo Music Career

You may know that the former child star has sung on the Cheetah Girl soundtracks with her bandmates, but did you also know that she had had a music career long before her Disney days?

Raven released her debut album, Here’s to New Dreams, in 1993. She was signed with MCA records, where she was mentored by Missy Elliot. But the lack of commercial success led to her getting dropped by the label in 1995.

Not one to be disheartened, Raven founded her own label, RayBlaze Records, the following year with her father. Under her label and with a distribution deal with Crash Records, she released her second album Undeniable and went on tour as the opening act for NSYNC.

At the height of her That’s So Raven fame and after recording a Stevie Wonder cover for the Haunted Mansion soundtrack, Raven signed with the Disney-owned Hollywood Records. She went on to sing on the Cheetah Girls soundtrack, which sold over two million copies and was certified double platinum.

Raven followed it with a limited release solo EP and her third studio album, This Is My Time. The album’s tracks were heavily featured on the Disney Channel and BET. Songs from the album were also incorporated into Disney movies like The Lion King 1 1/2, Princess Diaries 2, Ice Princess, and Go Figure.

She also recorded the first and second original soundtrack albums of That’s So Raven. And the Cheetah Girls 2 soundtrack album went on to chart at No.5 on Billboard Top 200 and certified platinum.

The artist released her last album in 2019, but is reportedly working on her next one already.

An unverified report claims that Raven Symone’s net worth is a whopping $400.0 million thanks to her Disney career. The report hasn’t been confirmed and, even if it is true, Raven would only get a small percentage of the supposed $400.0 million revenue she brings to Disney.

Raven Symone’s net worth is estimated at $55.0 million. The following table illustrates how she compares to her co-stars in terms of wealth.