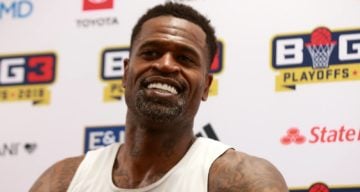 Stephen Jackson reacts during a press conference during the BIG3 Playoffs at Smoothie King Center on August 25, 2019 in New Orleans, Louisiana. (Photo by Sean Gardner/BIG3 via Getty Images)

Former NBA player Stephen Jackson has put his all into fighting for justice for his dear friend, the late George Floyd. With Floyd’s outrageous death, his six-year-old daughter has lost her father. But Jackson has stepped in to raise his late friend’s daughter. Floyd, who built a net worth of $20.0 million in his 14-season career, had an unconventional NBA career. Nonetheless, he’s putting his fortune to good use by supporting his late friend’s family, and is being hailed for his kindness.

Stephen Jackson Got His Professional Start in Minor League

Texas native Stephen Jackson (born on April 5, 1978) was raised by his single mother, who worked two jobs to support them. Jackson himself was a busboy in his grandfather’s soul food restaurant to make a few bucks.

A basketball star from his high school years, he was the leading scorer of the 1996 McDonald’s All-American Boys Game, on a team that included Kobe Bryant, Jermaine O’Neal, and Tim Thomas. But Jackson couldn’t go to the University of Arizona as he intended, because he was academically ineligible. 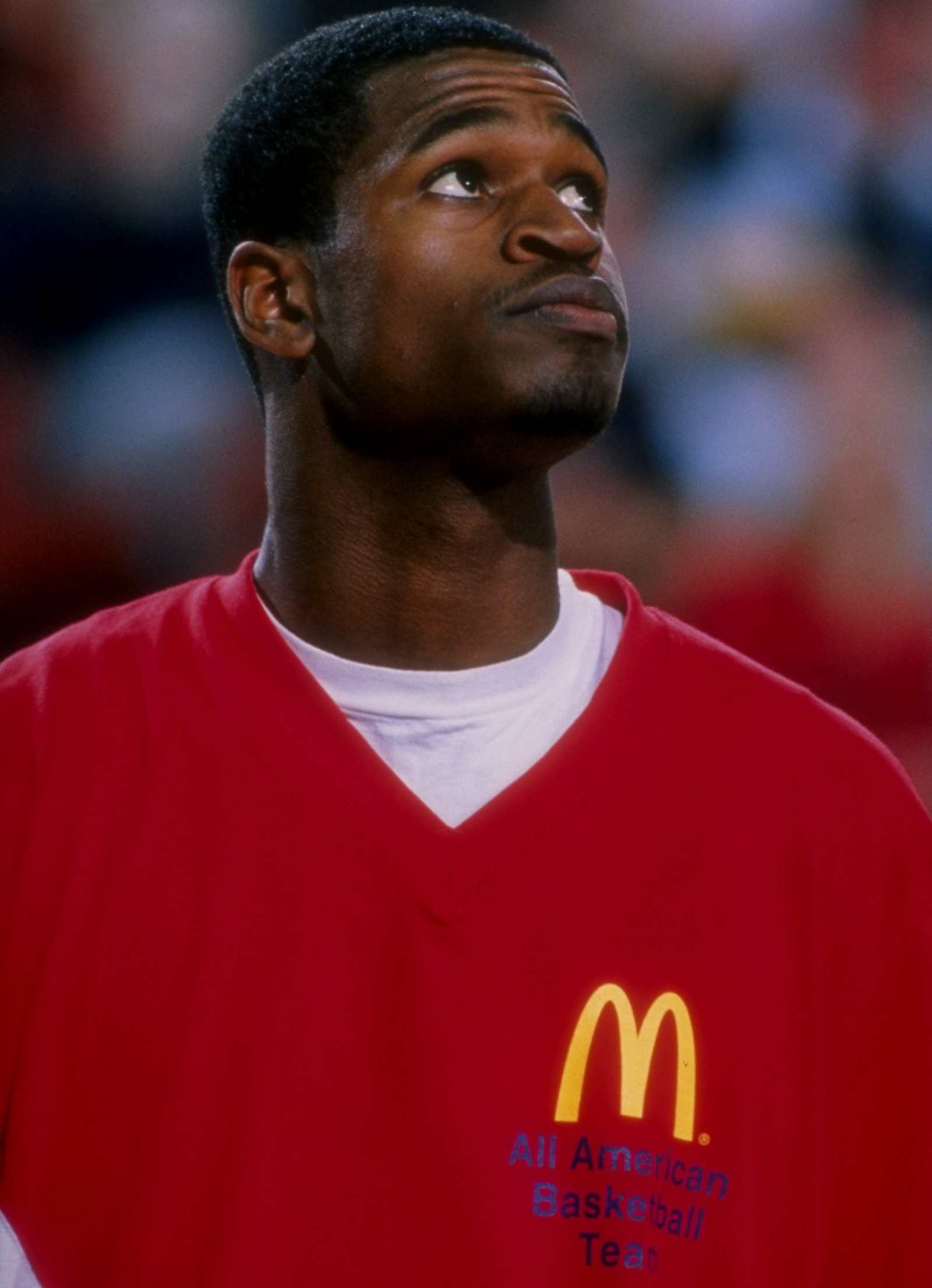 March 31, 1996: Stephen Jackson looks on during the McDonald”s All-American at the Civic Arena in Pittsburgh, Pennsylvania. Credit: Doug Pensinger /Allsport

Instead, Stephen Jackson attended community college, but didn’t play basketball there. However, the young man was introduced to the Phoenix Suns by Mike Bibby’s mother and played practice games with them.

His strong game is what got Suns President Danny Ainge to select Jackson in the 1997 NBA Draft. However, he didn’t get to see any playtime in the NBA right away.

He instead played for the La Cross Bobcats in the Continental Basketball Association, a minor league in the U.S. Additionally, he played professionally in the overseas leagues of Australia, Venezuela, and the Dominican Republic.

Jackson Made His NBA Debut in 2000

After a career in foreign leagues, Stephen Jackson finally made his NBA debut in the 2000-01 season with the New Jersey Nets. Despite three years of professional experience in the bag, it was deemed his rookie season.

Before the next NBA season, Jackson was signed by the San Antonio Spurs. He missed 45 games in his first year with the Spurs because of injuries. But he made a comeback in the next season, leading the Spurs to win the 2003 championship.

With a championship win under his belt, Jackson became a free agent in the off-season with the hopes of negotiating a long-term contract. But turning down the offer by the Spurs made him and his agent a subject of criticism from sports analysts.

Jackson nonetheless moved on to the Atlanta Hawks on a two-year contract. After a stellar season, he was traded to the Indiana Pacers for a six-year contract worth $38.3 million.

Also Read: Jeremy Lin’s Net Worth: The Rise and Fall of Linsanity

In his first season with the Pacers, Stephen Jackson was among the many players who were embroiled in the infamous “Malice at the Palace” incident—the brawl that broke out between Pacers and Pistons players and fans. Among the varying degrees of punishment for the nine players directly involved, Jackson was suspended for 30 games in the season and lost $1.7 million of his salary that year.

Jackson has had several run-ins with the law mar his career. After one such felony, he ended his stint with the Pacers in 2006. He was traded to the Golden State Warriors, but had to serve a suspension for several games at the start of the 2007 season.

Stephen Jackson was traded to the Charlotte Bobcats in 2009 and then the Milwaukee Bucks in 2011. After a season each with the Spurs and the Los Angeles Clippers, Jackson retired from professional basketball in 2015.

In the 14 seasons he played in the NBA, not counting his initial career overseas, Jackson made a grand total of over $65.6 million in career earnings. The following table illustrates Jackson’s salaries with every NBA team he has played for:

Don’t Miss: Rich Paul’s Net Worth; the Basketball Agent with the Most Valuable Clients

Jackson was cut by the Spurs abruptly before the 2012 Playoffs. He lost a chance to play in the finals that year. But he had no major regrets, because he got his $10.0 million that year, making him the third highest paid player on the team.

Around that time he was ranked among Forbes top 10 overpaid players, but Jackson was quite cheeky about it. Besides, his earnings aren’t at all bad for someone who had such an unconventional start in the league.

Jackson has a Showtime podcast, All The Smoke, with fellow NBA player, Matt Barnes.

The following table compares Jackson’s wealth to other NBA players of his generation:

Jackson, who resides in San Antonio, has multiple children with five different women, including two kids with Basketball Wives star, Imani Showalter. He walked out on his wedding to Showalter, leaving her at the altar when she refused to sign a pre-nuptial agreement.

Showalter moved to L.A. after their almost wedding, with their kids. Jackson’s other children also live with their mothers, and he pays millions of dollars in child support annually.

However, three of his baby mamas rarely let him see his children. Back in April, Jackson shared an emotional Instagram post warning young men to make better choices, so they are not cut out of their children’s lives.