Rick Lax is bringing magic to Facebook with his entertaining hacks. The Las Vegas-based entertainer is a wiz at Facebook marketing. But one of the reasons he is a proponent for Facebook is that it brought him and his girlfriend, now fiancée, together. Lax’s soon-to-be wife Elly Brown is a known name in the influencer circuit and inspiration for her followers due to what she has overcome. Our Elly Brown wiki celebrates this awesome woman.

Elly Brown Is from Pennsylvania

Born Elizabeth Anna Brown on January 30, 1978, she goes by Elly Brown. She’s one of four children born to Mike and Carrie Brown. The family is from Montgomery, Pennsylvania, but Elly and her siblings now live in other states.

Elly’s father Mike Brown served in the U.S. Air Force. Her brother, Michael Brown followed in their father’s footsteps and served in the military, too.

Mike Brown passed away in April 2019. He is survived by his wife Carrie and his children Elly, Michael, Larissa, and Rob.

My beautiful Mom and the beautiful family she led and raised ❤️❤️❤️

Brown Is a Musician

After seeing her sister Larissa thriving in theater school, Elly Brown aspired to perform on Broadway. Her dream brought her to Las Vegas, Nevada in pursuit of a music career.

Brown performs with Vegas-based a cappella group The Sound Collage and vintage-themed touring group The Beverly Belles. She’s also performed on cruise ships, worked as a presenter, and performed with the iconic Jubilee showgirls troupe. 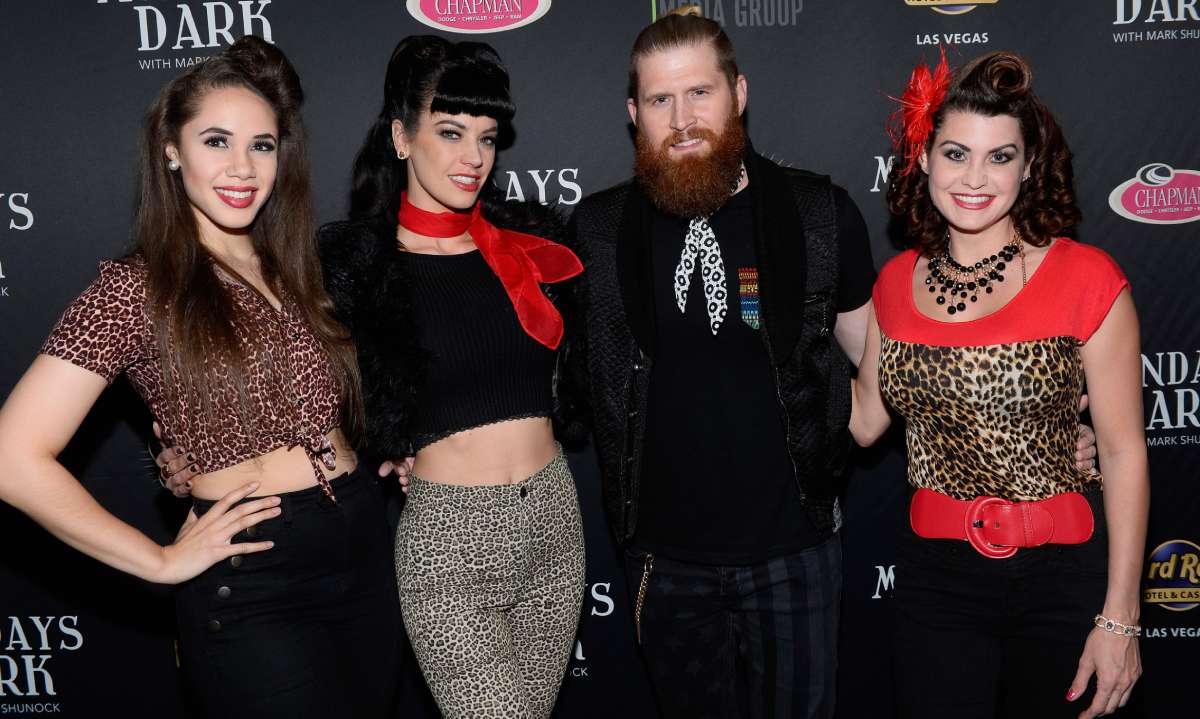 (L-R) Singers Jaclyn McSpadden, Elly Brown, musician Joshua Danger, and singer Shannon Joyel of The Sound Collage at Mondays Dark benefiting the Through the Eyes of a Child Foundation at Vinyl inside The Hard Rock Hotel & Casino on May 16, 2016 in Las Vegas, Nevada. (Photo by Bryan Steffy/WireImage)

Her early career included modelling, performing with her groups, and also acting in indie films like Alien Domicile. Since surviving cancer, she’s turned into a social media influencer and an inspiring activist.

You can listen to Elly Brown sing on her social media, especially her YouTube channel. Brown also keeps her followers updated on her health through social media.

In 2017, her dentist saw a lump on her tongue and told her it was oral cancer.

Brown’s treatment began soon after, with surgery to remove the lump from the back of her tongue. She had a minor speech impediment because of it, but returned to work within two months.

Her initial scans were clear, but as months passed and the pain didn’t subside, Brown got checked again. Sure enough, her cancer had returned, more aggressively than before.

“I went back to him and demanded a biopsy, and sure enough, the cancer had returned aggressively-stage three squamous cell carcinoma,” said Brown.

Brown underwent surgery once again at UCLA Medical. But she was also facing the dilemma of never being able to perform as a singer again.

“He performed a hemi-glossectomy (removal of half of the tongue), and replaced the bit of jaw bone that was in the margins of the tumour with bone from my right leg,” she said.

They also used muscle and skin from her leg to build a flap to put in place of the missing half of the tongue, so her “new tongue” would have its own blood supply.

As a precaution, doctors removed the lymph nodes in Brown’s left side. She further underwent 30 rounds of radiation and two rounds of chemotherapy.

The speech impediment as a result of the treatment meant Brown could no longer do voice-over or on-camera work. She also has scars on her body and lip, is missing teeth, and can’t gain weight easily. The determined young woman relied on a wheelchair for months and had to do speech and swallowing therapy.

But Elly Brown turned the experience into a positive, grateful to survive it all. She continues to sing, something her fiancé Rick Lax is mighty proud of. Brown also doesn’t hide the scars, viewing them as proof of her strength.

GIRL WITH HALF A TONGUE AUDITIONS FOR A BROADWAY SHOW 😮🎶

People with cancer or disabilities are gonna wanna see this. 😮🎶Chicago The Musical #thesearchforroxie

Brown began filming videos and returned to social media to show off her battle scars and cool “leg tongue.” In time, she has become an inspiration for those battling cancer and their loved ones.

Through her YouTube and Instagram, Brown advises her followers to get regular checkups and gives tips on how to cope with cancer treatments.

Shortly after losing her father, Brown found out she could have breast cancer. But the singer is undeterred. As she documents her options, Brown has the confidence to get through it, just as her mother survived breast cancer. She’s also detailing her possible treatment plans and seeking advice from followers who’ve battled breast cancer, too.

Rick Lax first connected with Elly Brown through Facebook. They have been together through her cancer battle and he even set up a Facebook support group for her.