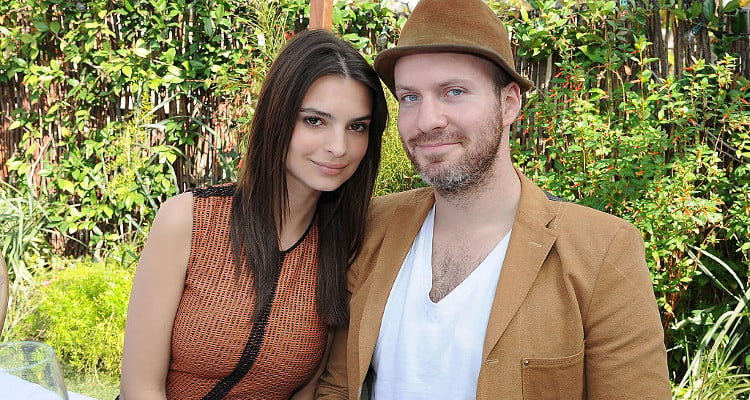 Emily Ratajkowski and Jeff Magid were the darlings of social media! He was a prominent face on her Instagram and social media accounts and the two had given everyone #relationshipgoals.

But this romance ended abruptly and next thing we knew, Ratajkowski married Sebastian Bear-McClard! But when did Ratajkowski and Magid even break up? Did we blink and miss it?

Rumors were swirling that they were no longer living together in their downtown L.A. apartment. After three years together, did the fairy tale simply end?

A breakup wasn’t confirmed so people were shocked when they learned she married someone else. But it’s pretty obvious now that Magid and Ratajkowski have gone their separate ways. But how does Magid feel about her sudden nuptials?

While Ratajkowski’s relationship drama continues, fans are curious to know more about the gorgeous model’s ex-boyfriend. So, we have everything you need to know about him with details from Jeff Magid’s wiki.

The incredibly talented Jeff Magid is a musician and music producer. Jeff Magid’s producer stint at RBI records has led to music production for a string of successful artists.

Magid’s clients include Chicago, Greg Allman, Kansas, and more. In addition to production, Magid also works on the visual and technical aspect of music. Some of his songs are “Make It,” “Birth Control,” and “The Ritual.”

If you haven’t noticed from lurking his social media accounts, Magid is clearly a hat lover! The producer is rarely seen without his trademark fedoras and stylish attire.

As an activist and an advocate for women’s rights, Magid was involved in numerous protests in Los Angeles.

Ratajkowski was attracted to Magid’s creativity. So, it’s no wonder the pair got along so well!

When asked if she liked to be with intelligent guys in a 2014 interview, Ratajkowski said, “Yeah, certainly. I don’t know if it is something that I look for, but it’s definitely something that I like to enjoy with someone.”

“I really like people who are creative in some way too. I have noticed that in my dating history, I tend to get along with people who like to make things or are creatively inclined,” Ratajkowski added.

Magid and Ratajkowski began dating in December 2014, just after the iCloud scandal that exposed nude photos of female celebrities in August 2014.

Ratajkowski was a victim of the photo leaks. And Magid was Ratajkowski’s rock during that difficult time. Since then, the two were seen together everywhere.

Jeff Magid’s Instagram is the place to be for pictures of the couple’s adventures together. From dinners in Paris to protesting together, and even making appearances at star-studded events, you’ll find it all on the photo-sharing app.

Are Jeff Magid and Emily Ratajkowski Still Together?

The relationship between Magid and Ratajkowski appeared to be strong. That is, until pictures of Ratajkowski with another man began to surface, not to mention the news of her sudden marriage to another man!

The model was spotted on a dinner date recently with actor and producer, Sebastian Bear-McClard. The two looked quite cozy as they headed out of a French restaurant in Los Feliz, California. And then, just mere days ago, Ratajkowski revealed to the world via social media that she had secretly got hitched to the guy!

Sources said that it had been several weeks since Ratajkowski lived in the downtown L.A. apartment she shared with Magid. The model reportedly told her neighbors in October 2017 that she planned to move out and buy her own place.

Even Instagram had been missing pictures of the former couple so people started to suspect something was up, yet confirmation of their breakup hadn’t been made. But a sure sign was that neither Magid nor Ratajkowski posted a picture together in months, prompting fans to wonder if there was something wrong.

Since reports broke out about Emily Ratajkowski’s sudden marriage to Sebastian Bear-McClard, people are wondering about Jeff Magid’s reaction. According to Hollywood Life, an insider close to Magid said that he never even saw this coming. “He knew Emily was dating Sebastian, but he never in a million years expected her to marry him like this. Jeff and Emily only broke up a couple of months ago so no one saw this coming.” Ouch.