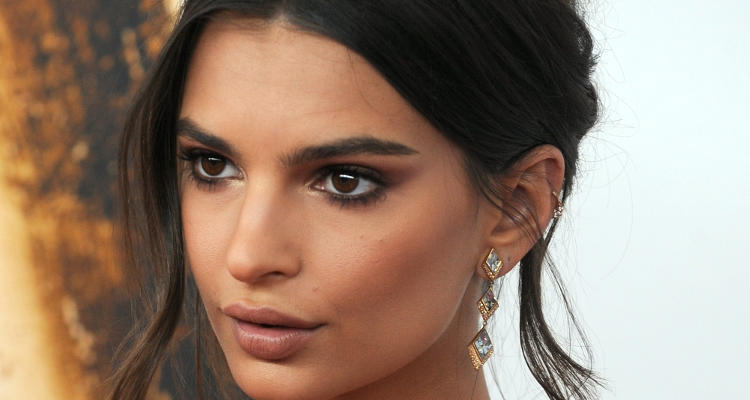 Twenty-five-year-old supermodel Emily Ratajkowski has made a name for herself on the international fashion circuit thanks to her killer good looks and hourglass figure. Born in London to American parents and raised in California, she shot to fame after being featured in singer Robin Thicke’s “Blurred Lines” music video as well as Maroon 5’s “Love Somebody” music video. She has modeled for fashion powerhouses like Marc Jacobs and Miu Miu. She appeared in the Sports Illustrated swimsuit issue in 2014 and 2015. Ratajkowski was seen in the 2014 film Gone Girl as well as in We Are Your Friends and Entourage. 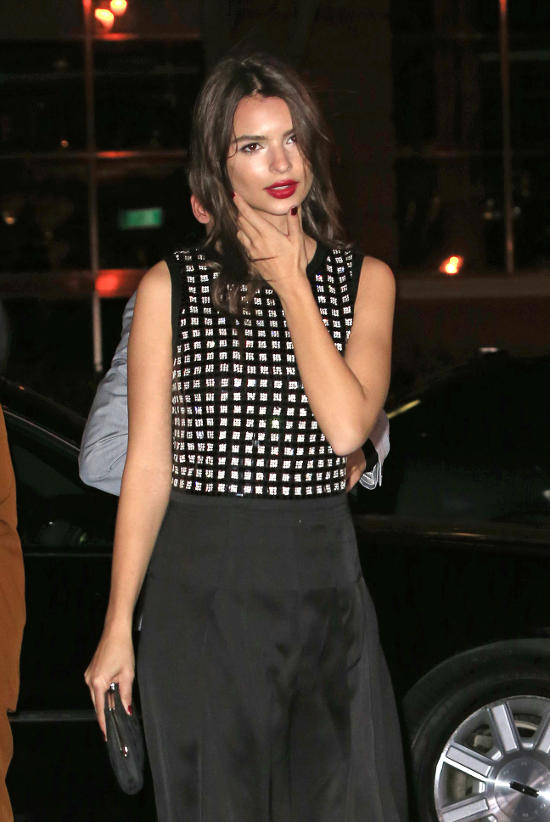 Emily Ratajkowski arrives at the Giorgio Armani One Night Only party in New York City. She looks stunning in a black skirt and black sleeveless top embellished with silver squares. She sports a bright red lip color, and her dark hair is seen tumbling down her shoulders. 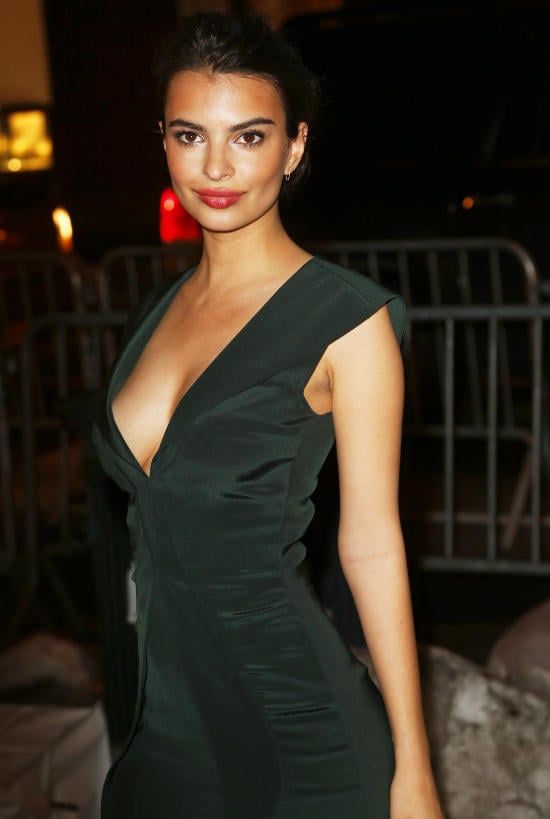 Emily Ratajkowski arriving at the Sports Illustrated Swimsuit 50th Anniversary Party in NYC. She looks charming in a bottle green sleeveless dress with her hair pulled back from her face. 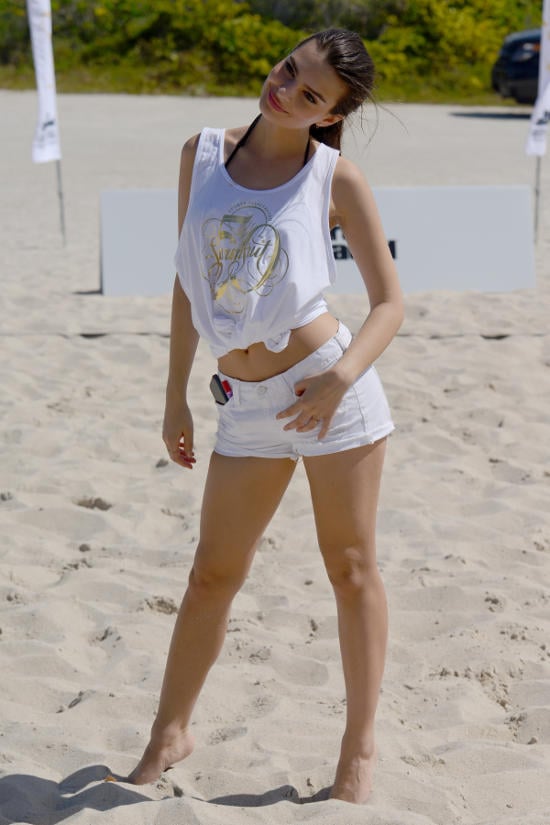 Emily Ratajkowski plays volleyball at Miami Beach in Florida. She was part of the Sports Illustrated model and chefs volleyball tournament. Sporting a white tank top baring her toned midriff and cropped white shorts, she looks fresh and relaxed as she soaks in some sun. 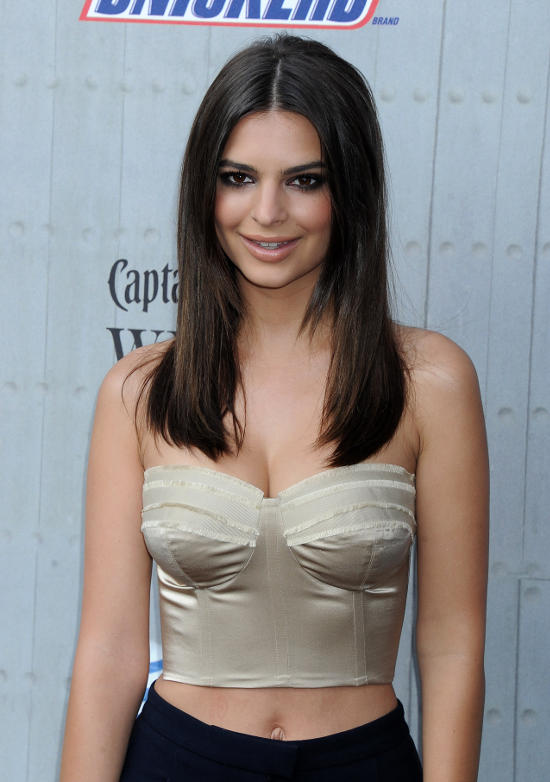 Emily Ratajkowski at the 2014 Guys’ Choice Awards. She looks ravishing in a strapless golden corset and black pants. While sh sports smoky eyes and minimal makeup, her hair is kept straight and simple. 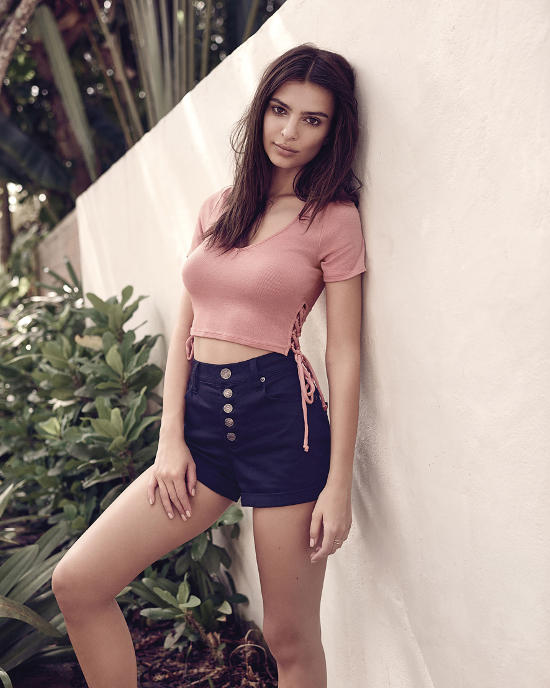 Emily Ratajkowski appears in a new ad campaign for Express clothing. She is seen promoting the brand’s One Eleven Spring 2016 collection, wearing a peach top and dark blue hot pants with messy hair. 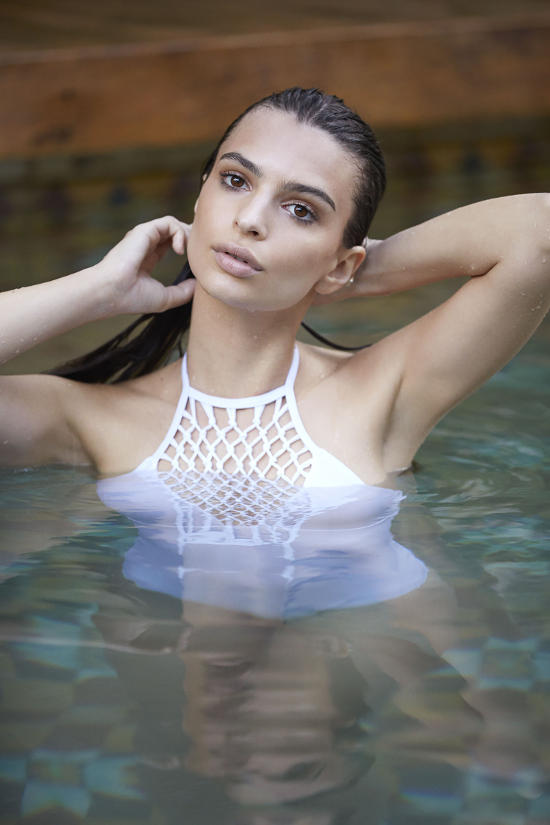 The Gone Girl actress looks beautiful in a promotion for Express Clothing’s One Eleven Spring 2016 collection. Emily Ratajkowski appears in a new ad campaign also in behind the scenes images from the campaign. She is seen in a swimming pool wearing a white one-piece swimsuit. 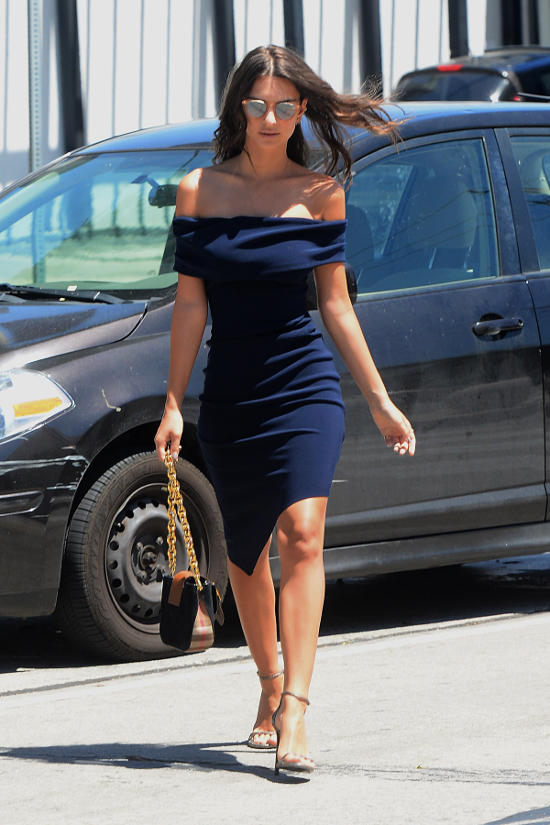 Emily Ratajkowski goes to a Glamour Magazine Party at Au Fudge wearing an off-shoulder navy blue dress and silver strappy sandals. She is wearing sunglasses and has left her hair loose in tumbling waves. 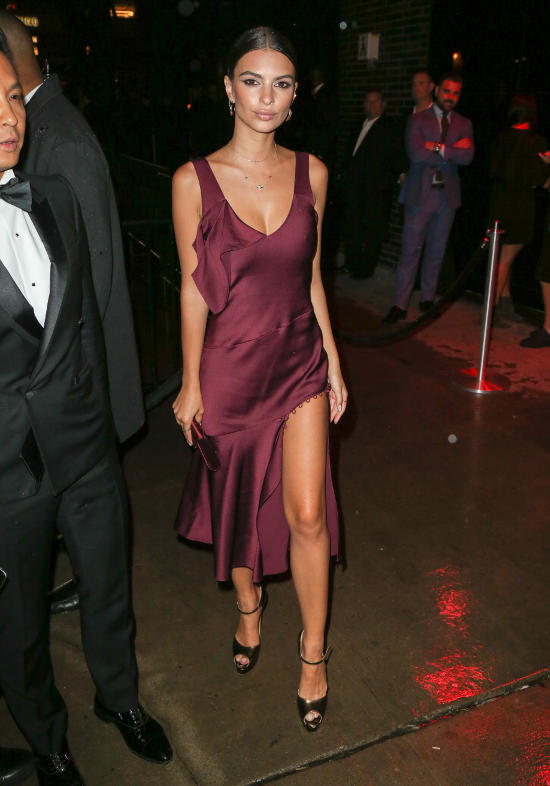 Emily Ratajkowski parties at the Standard hotel and Up and Down nightclub after the Met Gala. She is wearing a sleeveless maroon dress with her hair tied into a slick bun. The dress has a thigh-high slit, and she’s wearing black strappy sandals. Doesn’t she look amazing? 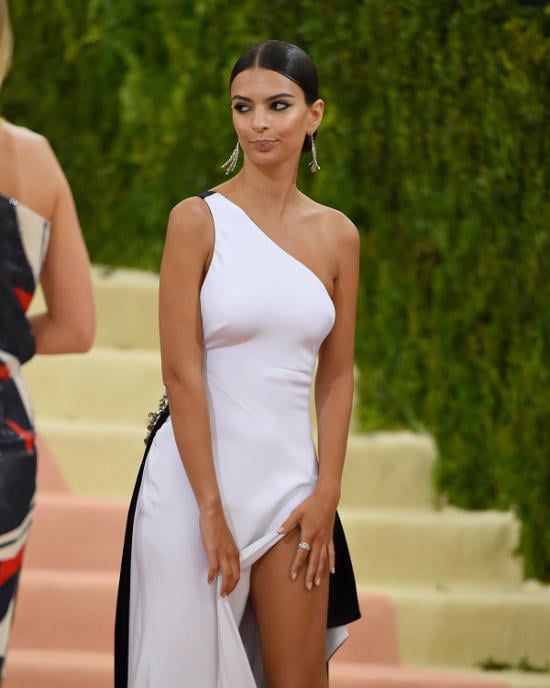 Emily Ratajkowski arrives at the 2016 Met Gala in New York City wearing a gorgeous one-shouldered white gown with black borders and a thigh-high slit. She is sporting dangling earrings, and her hair is neatly tied back. Wow! 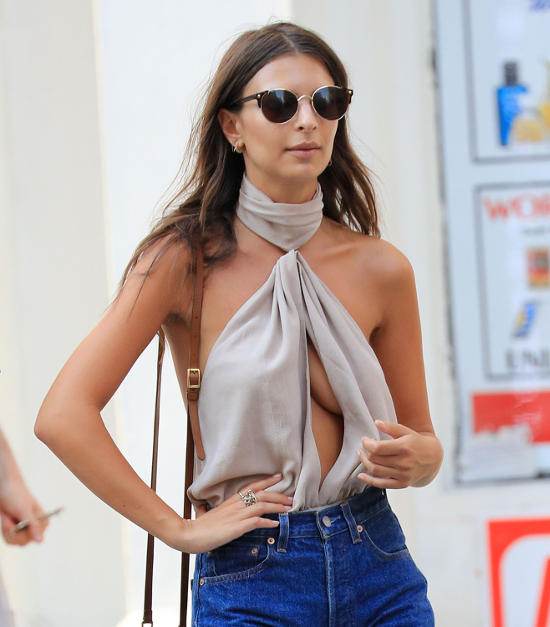 Emily Ratajkowski shows off her cleavage in a halter top when walking with boyfriend Jeff Magid in New York. Wearing jeans and sunglasses, she looks cool and laid back.