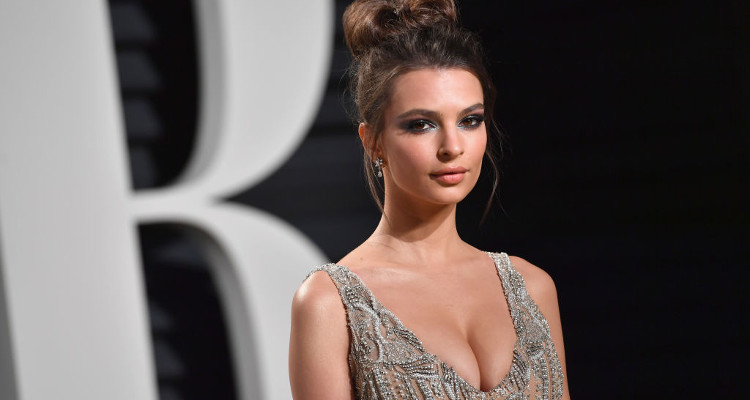 Emily Ratajkowski amazed everybody with her good looks and sexy poses. So it comes as no surprise that people want to know more about this model. Here is everything you need to know from Emily Ratajkowski’s wiki.

Feminism has taken center stage in Hollywood. Recently, 25-year-old Emily Ratajkowski has been very vocal being a feminist. The model was spotted on the streets of Paris wearing a Jonathan Simkhai tee with “Feminist AF” written on it. Proceeds from the sale of the shirts will be donated to Planned Parenthood.

Emily has always made a point of standing for what she believes in, saying, “I think if you are a public figure, you have a responsibility to say something for a cause you truly believe in and help it on its course.” She further added, “It’s incredibly frustrating that society somehow feels that women can’t manage to be political, feminist and a sex symbol.”

We all applaud Emily for her stance and admire her confidence. You must have seen her on magazine covers and the runway, but here are some of the details you may not know about her from Emily Ratajkowski’s wiki.

Emily was Born in London, England

Emily O’Hara Ratajkowski was born on June 7, 1991, in London, England, UK. She is the only child of Kathleen Balgley and John David Ratajkowski. Emily’s mother was a professor of English when she met John David, who was a painter and an art teacher. They met each other at San Dieguito Academy. At the age of five, Emily, with her parents moved to San Diego, California.

Emily belongs to German, Irish, Polish, and Polish-Jewish ancestry. She was always interested in the world of acting and was fascinated with theater. Before, she officially became a model, Emily tried her hand acting, soccer, and ballet.

Emily was in a relationship with creative director and menswear buyer Andrew Dryden. However, they broke up in February 2014. In December 2014, it was reported that Emily was dating musician Jeff Magid. The rumors have since been confirmed and the two are still going strong. Emily is good friends with Kim Kardashian and supported the idea of Kim posting explicit photos of herself on her social media pages.

Emily’s Net Worth is Estimated to be $2.0 million

Actress and model Emily Ratajkowski’s net worth is estimated to be $2.0 million. She started modeling at the age of 14. She then attended the University of California and majored in Fine Art. However, she dropped out after her freshman year to concentrate on her modeling career. Emily has appeared in several campaigns such as Forever 21, Treats Magazine, and GQ.

Emily gained stardom in the modeling world as well as music industry after making an appearance in Robin Thicke’s music video Blurred Lines. If you look closely at the semi-nude models in the video (which also features Pharrell Williams and T.I), you will spot Emily. In the music video, she is dancing around the singers along with a couple of other models. She also shot nude for some of the scenes in the video’s explicit version. Although YouTube banned the video, Emily did not go unnoticed.

She has also appeared in several movies such as Gone Girl, A Year and a Day, Entourage, and We Are Your Friends. She is also set to appear in the movie Cruise.