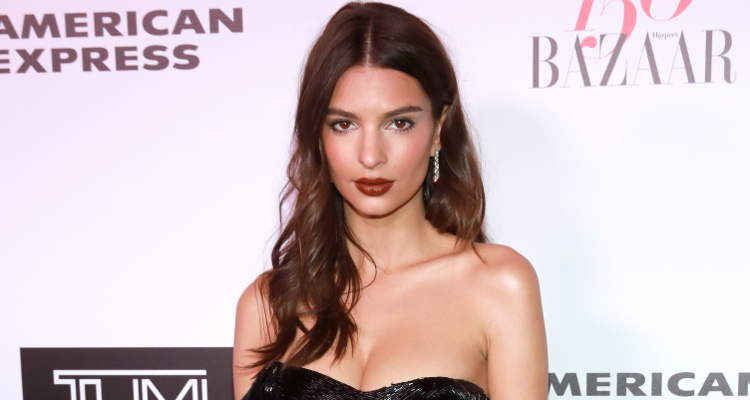 Emily Ratajkowski is one of the top supermodels in the country. The 25-year-old star has made a name for herself and has amassed quite a loyal fan following. Her most recent Instagram post was a steamy photo of her and boyfriend, Jeff Magid getting intimate.

Emily Ratjkowski sure knows how to send pulses racing! The gorgeous brunette first rose to prominence after appearing in Robin Thicke’s controversial music video, “Blurred Lines” and there has been no looking back for her since. Ratajkowski has walked the runway for numerous high-end fashion houses, and has graced the cover of various fashion and lifestyle magazines, including Sports Illustrated, Grazia, Harper’s Bazaar, and InStyle. Recently, Ratajkowski attended the InStyle March Issue Party in New York, where she made a splash with her unique eye-catching ensemble. She was dressed in high-waisted jeans, and sported a white crop top with her dark brown locks in two braids. The stunning model completed the look with a pair of large golden hoop earrings and black ankle boots. It seems that Ratjakowski headed on a romantic dinner date following the party, which was held at The Carlisle Hotel. Emily Ratajkowski‘s Instagram photo of her getting cozy with musician boyfriend, Jeff Magid caught everyone’s attention and sent her fans into a frenzy. Check out Emily Ratajkowski’s hot Instagram photo right here!

Everyone knows that Emily Ratajkowski’s boyfriend is a lucky man, and now this picture just further proves it. The Gone Girl star has been dating the musician since 2014, and the pair has been getting pretty serious, sparking speculation about a possible engagement. Emily Ratajkowski’s Instagram photo has restored her fans’ faith in the couple’s love, and put any rumors of a breakup to rest. 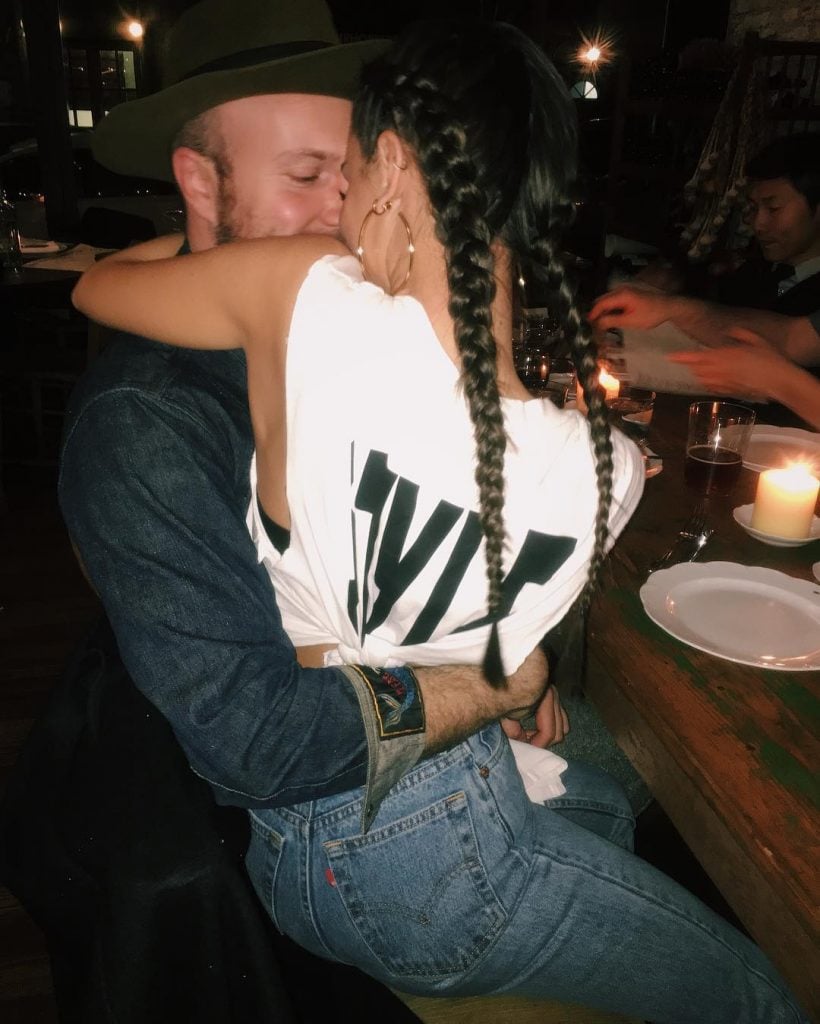 In the adorable photo, Ratajkowski is seen straddling Magid’s lap as she wraps her arms around him for a deep smooch. The two seem to be in their own world, without a care about who’s watching (and in the life of a celebrity, someone always is). Magid looks pretty happy, sporting a cool fedora, while clutching on to Ratajkowski’s waist at a restaurant in New York. Emily Ratajkowski’s photo has already got over 160,000 likes by her 11 million followers in a matter of hours, and is captioned with a black heart emoji. It looks like Valentine’s Day has definitely come early for these lovebirds!