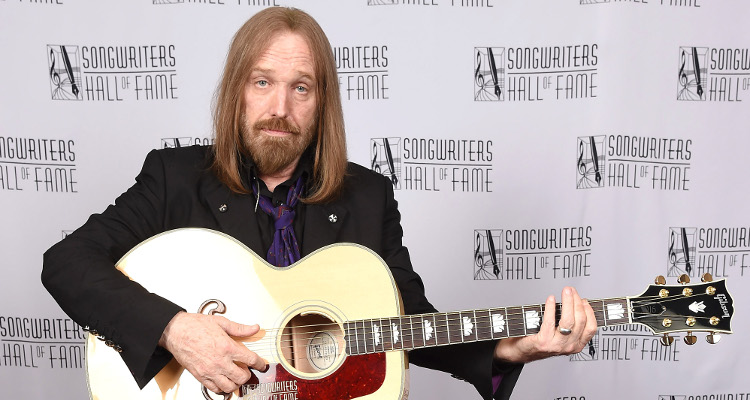 Is Tom Petty dead? Yes, American musician Tom Petty, who serenaded the world with his rock music, passed away at the age of 66 in Los Angeles.

Iconic singer Tom Petty suffered a cardiac arrest in the early hours of Monday morning, and his condition was reported to be critical. However, hours before Petty’s death was announced on Monday, Tom Petty’s daughter, AnnaKim Violette Petty, slammed Rolling Stone magazine for the incorrect news of her father’s death.

Petty took to Instagram and posted a photo of Petty, with the caption, “@rollingstone my dad is not dead yet but your f*****g magazine is. Your slime has been pieces of tabloid dog sh*t. You put the worst artists on your covers and do zero research. How dare you report that my father has died just to get press because your articles and photos are so dated. I will f*****g sh*t down your throat and your family’s. Try not being a trump vibe. This is my father not a celebrity. An artist and a human being. F**k u.”

Tom Petty died peacefully on Monday evening and was surrounded by his friends and family. Petty is survived his wife, Dana York, two daughters from his first marriage, and a step-son, Dylan, from York’s previous marriage. AnnaKim Violette is one of the two sisters, the other being Adria.

If you want to know more about AnnaKim Violette Petty, then keep reading.

AnnaKim Violette Petty’s age is 35, and she is an artist. It seems like she followed in her father’s footsteps in that sense. She is also known as Kimberly Violette Petty.

Petty is the daughter of Jane Benyo and Tom Petty. Benyo was Petty’s first wife, and they got married in 1974. But after 22 years of blissful marriage, their union came to an end in 1996 when they got divorced.

AnnaKim Violette Petty has an elder sister named Adria Petty, who is a director.

A Different Approach to Clothes

In a 2011 interview, AnnaKim Violette Petty said that she traveled to a lot of different places growing up, so she feels that she is not a part of any one world. Also, she firmly believes that there are a few individuals who can connect, in spite of having different personal experiences.

Petty explained that an individual’s fashion choice should be like music, which should help bring the world together. She said, “Music is like liquid, and I feel like clothing should be more like music. It’s like a song that you love. It shouldn’t be about something that’s trying to fit in or out of the world. It should be something that’s bringing people closer to the world.” She further added, “It’s one of those things where it makes me not take life so seriously. I feel like clothing should be the opposite of anxiety.”

Just like her dad and sister, AnnaKim Violette Petty also dabbled in the creative arts field. Until October 2010, she wrote a blog that was titled glass nest.

It was also reported that she appeared in a short film called Dual. And, Petty also apparently produced a movie titled Garden of Eden, which was written by Rachel Kolar and directed by Maximilla Lucas.

A Huge Fan of Vintage Clothes

Petty is perhaps a little eccentric when it comes to her fashion choices. In an interview, she disclosed that she is a big fan of vintage clothing and said, “I’m really into texture, I think women are hypersensitive to their body type and I just want to wear some outfit that is going to make me feel like a Muppet.” She added, “There’s a fine line, but I’m always attracted to color, or whatever weaknesses and strengths I have at the moment, I always like to rub salt on it.”