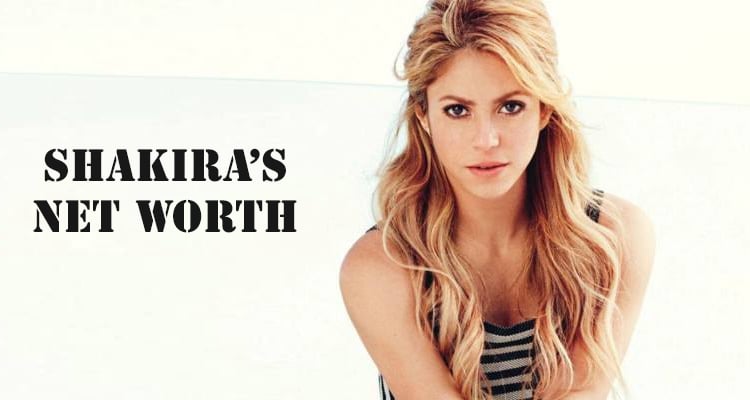 “Shakira, Shakira”: That name has echoed through many speakers throughout the career of the Colombian superstar.

As popular as she has been, it may still surprise some to know that Shakira’s net worth is approximately $220.0 million.

That’s from a career that has spanned decades and seen her music travel the world over, singing in both English and her native Spanish.

Everything Starts with the Music

It may have been Wyclef Jean that introduced Shakira to the North American pop music industry with the infectious tune “Hips Don’t Lie,” but this songstress has been making music since the tender age of 13. Her accolades include being the biggest-selling Colombian pop singer in history, having sold approximately 125 million albums worldwide.

That figure puts her just behind Latin icon Gloria Estefan as the overall highest selling Latin singer of all time. More than a third of her total album sales, about 55 million copies, have been sold within the United States, despite her primarily taking residence outside of the country.

As grand as her success has been, Shakira’s music career actually started slowly. Her second album sold less than 1,000 copies, and it wasn’t until her third album sold one million copies in Columbia alone that she began getting some attention among the Latin regions.

The marginal success she had in Colombia would pale in comparison to what her first English-language album would accomplish. In 2001, Shakira released Laundry Service. The album would go on to sell four million copies in Europe and three million, in just six months of its release, in the U.S.

Following that, her 2005 album, Oral Fixation, didn’t top the sales of its predecessor, but it did produce her highest selling single to date: “Hips Don’t Lie.” The song would go on to top the charts in 55 countries and become the best selling single of the 21st century.

But Shakira wasn’t done. Not even close. In 2008, Shakira signed a 360 deal with concert promoter Live Nation, meaning Live Nation gets a percentage of music revenues, touring, and any endorsements. For how much did she place her name on the dotted line? Reports put estimates anywhere from $70.0 million to $110.0 million for a 10-year contract. More recently, in 2012, Shakira went back to the negotiating table to work out a $30.0 million deal for her next three albums.

Shakira has released a total of 10 studio albums in her career, and at just 39 years old, she may not have even reached her musical peak.

Shakira has been a long-time endorser of Pepsi. Her commercials have been popular, and she follows a long list of Pepsi endorsers that includes, most famously, Michael Jackson, and most lucratively, Beyonce with her $50.0 million deal.

That’s not the extent of Shakira’s star power, though. She’s also leant her following to Crest in a number of ads as the company’s first global ambassador. And like most other celebrities, she also has a fragrance called “S by Shakira.”

The Voice and Giving Back

Another source of income for Shakira was the time she spent on The Voice. Numerous reports claimed that Shakira was earning $12.0 million a season, which made headlines because it was nearly double what then judge Usher was reported to be pulling in. Shakira also owns a soccer team and her own brand of vodka in her hometown of Colombia.

But Shakira isn’t all about making money. She’s known to have a big heart and be just as giving of her earnings. At just 19 years old, she started a charity called the Barefoot Foundation. The goal of the foundation is to bring education to poorer societies, and to date, the foundation can claim success having built six schools. She is also an ambassador for UNICEF and part of a special advisory commission created by President Obama.

Life behind the Music

Shakira recently settled down with soccer superstar Gerard Pique. They have two sons together named Milan and Sasha, and the family has chosen to lay its roots in Spain. With Pique being one of the top players for Barcelona, he and Shakira enjoy a combined couple’s net worth close to $300.0 million. They both admit to trying to keep life as simple as possible despite their status as celebrities.