One of the most iconic guitar players of the 1970s and 1980s, John Geils Jr., has passed away. Geils died of natural causes, according to initial reports. The man behind the J. Geils Band who gave us classic songs like “Love Stinks” and “Freeze Frame,” had a net worth of about $8.0 million. His fans will miss him.

John Geils Jr. was found dead in his home on April 10, 2017 in Groton, Massachusetts. The Groton Police were performing a well-being check on him when he was found unresponsive in his home. Geils was 71 years old at the time of his death. J. Geils’ death has come as a shock to his many fans, who remember him from his guitar playing days in the late 1960s and throughout the 1970s. Younger music lovers should be excused for asking “Who is J Geils?” because after the band broke up in 1985, they have teamed up to play as a full group only on a few occasions. Here are some details from J .Geils’ wiki.

Grew Up Listening to Jazz

Geils was born on February 20, 1946 in New York City, and grew up in Morris Plains, New Jersey. His father was an engineer at Bell Labs and a huge fan of jazz music. From an early age, Geils was exposed to the music of Benny Goodman, Duke Ellington, Count Basie, and Louis Armstrong. He played Miles Davis songs on his trumpet and drums, while listening to the blues by guitarists Howlin’Wolf and Muddy Waters on the radio. Later, Geils went to the Worcester Polytechnic Institute, where he studied mechanical engineering. There, he met the future members of his band, the J. Geils Band.

We hate to say goodbye to another great one. J. Geils leader of the J. Geils Band gone at 71.

Initially, the J. Geils Band started out as a soul, rhythm and blues band but by 1980 they were playing mostly pop and rock. The band released several high-quality albums throughout the 1970s such as The Morning After, Bloodshot, Monkey Island, and Sanctuary. Then came two of their most commercially successful albums, Love Stinks and Freeze Frame in the early 1980s. Their fans grew up on J. Geils’ songs like “Lookin’ for a Love,” “Give It to Me,” “Must of Got Lost,” “Centerfold,” and “Concealed Weapons” and still love the band’s hits today.

Though the J. Geils Band achieved commercial success towards the end of their career, Geils had done pretty well for himself. At the time of his death, J. Geils’ net worth was a healthy $8.0 million. After the band’s breakup in 1985, Geils busied himself with car racing and their restoration. He opened an automobile restoration shop named KTR Motorsports to service and repair vintage sports cars. 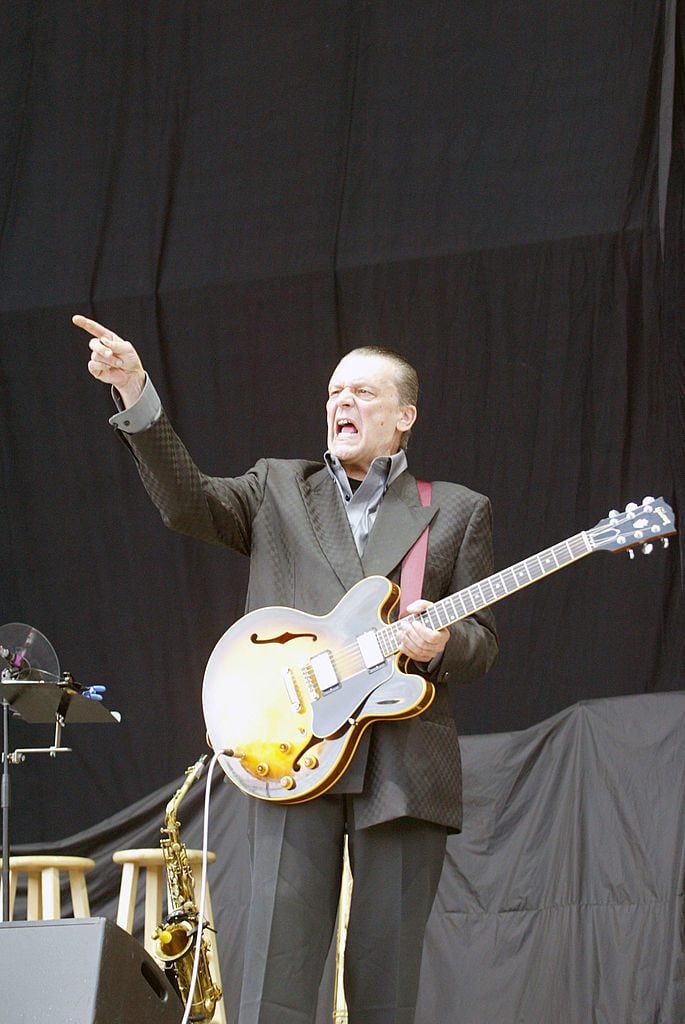 J. Geils’ wife was Kris Geils, but the pair divorced in 1999, after being married for 28 years. No information of whether he remarried is currently available. The authorities in Groton do not suspect foul play in his death and are saying that J. Geils’ cause of death is due to natural causes. Even towards the end of his life, Geils remained faithful to music. He formed several bands like Bluestime and New Guitar Summit and played at small venues.

Leaving Behind a Legacy

J. Geils’ fans can never forget him and his namesake band, who delivered high-quality music over the years. Their albums and songs have stood the test of time and continue to generate new listeners. Unfortunately, in real life, you cannot “freeze frame” moments that mean the most to you. Farewell, J. Geils, Rest peacefully.