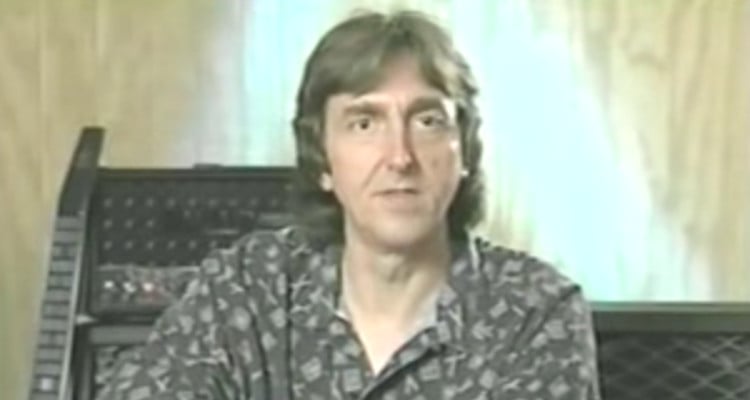 Though Allan Holdsworth was the best guitarist of his generation, he abhorred the flashy style of lesser guitarists and played from his heart. He experimented in many genres, but it was jazz fusion that he truly loved. Famous guitarists were influenced by him. He died with a modest net worth of $260,000 and his work will continue to influence generations of musicians to come.

It is a sad time for everybody who loved the famous guitar player, Allan Holdsworth. Even master guitarist Eddie Van Halen called him “The best, in my book.” Holdsworth was a British guitarist and composer, who released 12 studio albums as a solo artist and played different musical styles in a career spanning over four decades. His death has shaken the best guitarists in the world, especially those who considered him a teacher and master in his field. Holdsworth passed away on April 15, 2017 at the age of 70, and we have details from Allan Holdsworth’s wiki.

Who is Allan Holdsworth?

Allan Holdsworth was born on August 6, 1946 in Bradford, England, and first recorded music with the band Igginbottom in 1969. He later played with progressive bands like Sunship, Nucleus, and Tempest and explored music genres like jazz-rock and progressive rock. In the 1970s, Holdsworth played with different bands and artists like Soft Machine, The New Tony Williams Lifetime, Gong, and Jean-Luc Ponty. Holdsworth has said that he enjoyed his experience with all these groups and playing with them made him a better guitarist. In the late 1970s, he was part of the rock supergroup U.K., which released a single self-titled album in 1978.

R.I.P. Allan Holdsworth. I'm not even sure how to put in words how you revolutionised guitar, pushed the limits of what it can sound like, and created possibly the most identifiable tone and style I'll ever hear. #allanholdsworth

A post shared by Chris Brooks The Guitarist (@chrisbrooksguitarist) on Apr 16, 2017 at 3:26pm PDT

The 1980s saw Holdsworth form a band called IOU, which released a single self-titled debut album. This album caught the attention of Van Halen lead guitarist, Eddie Van Halen, who championed Holdsworth by calling him the “best guitarist he has ever heard.” Holdsworth then moved to Southern California and in 1985 released the album, Metal Fatigue. At this time, he experimented and promoted a new instrument called SynthAxe. Great guitarists like Carlos Santana, Frank Zappa, Pat Metheny, John McLaughlin, Peter Frampton, Joe Satriani, and Eddie Van Halen have confessed that Holsworth influenced their work. Holdsworth has often been called the “musician’s guitarist” and a purist.

How Did Allan Holdsworth Die?

It is not known at this point what Holsworth’s cause of death was. However, it was known that his health was deteriorating in the last few years before his death. He consistently released albums both solo and as a part of a band for almost four decades, accounting for his large body of work. At the time of his death, Allan Holdsworth’s net worth was estimated to be about $260,000.

The Lord of Guitars

Apart from music, Holdsworth had a passion for cycling and beer. He experimented with brewing his own beer in the 1990s and even invented a specialized beer pump known as the “Fizzbuster.” Allan Holsworth died at the age of 70, but his influence on guitarists of several generations will carry on. New musicians will appreciate the virtuosity of the man commonly called the most “innovative guitar player” of his time. RIP, Allan Holdsworth.