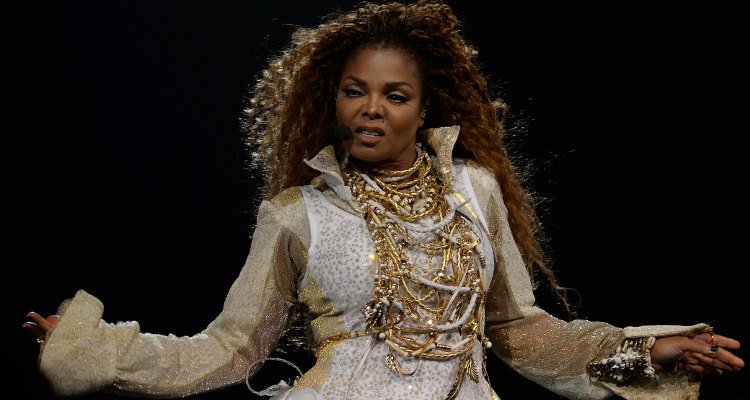 Janet Jackson has a net worth of $175 million, a number that has only continued to grow since her early career in music began as a child in the 1970s. However, her career really took off when she began taking business into her own hands and making her own way, apart from famous brother Michael Jackson and the rest of her family, by signing with Virgin Records for between $32 million and $50 million.

Jackson also has a history of being in the public eye in ways not related to her money and net worth. Probably the most famous example is the 2004 Super Bowl, where she experienced a “wardrobe malfunction” during her halftime show alongside Justin Timberlake. According to the 2007 Guinness Book of World Records, this event was the highest searched news story in the history of the Internet for 2004. Most recently, she has had to address rumors that she has throat cancer, taking to social media with a video establishing such rumors as untrue. Good thing, too, since an inability to sing and make music would ruin Janet Jackson’s net worth, not to mention her life!

Janet Jackson has also won a plethora of awards over the course of her career. While she has won far too many to list them all here, we can say that they total an amazing 214! These include five Grammys, 33 Billboard Music Awards, 12 American Music Awards, nine MTV Video Music Awards and even nine Guinness World Records. She has also won several from international groups, such as a Lifetime Achievement Award from Belgium’s TMF Awards, as well as several for humanitarian endeavors, like the Commitment to Life Award from AIS Project Los Angeles and the Vanguard Award from GLAAD.

Here’s how the award-winning Janet Jackson does business to make that $175 million net worth.

Given it’s her main profession, it’s to be expected that Janet Jackson makes most of her money from her extensive discography. The star has 11 studio albums, with the most recent, Unbreakable, having been released in October 2015; two remix albums; and three compilations. Combined she has sold approximately 140 million albums across the globe, making her the eleventh highest selling female recording artist in the United States. At the end of the day, the more fans spend, the more money she makes.

As a long-time hit musical act, Janet Jackson also brings in some extra business by going on tour and playing her hit songs live, earning some extra money from people who have already bought the albums (can’t expect them to spend on an album twice). Interestingly, while her first album was in 1982, she didn’t do a live tour until 1990, which was to support her fourth record. Still, the tour did what it needed to do, grossing $28 million in the U.S. alone; seven other countries were also visited, though the tour was primarily for the U.S., Canada, and Japan.

Since then, Jackson has since gone on six other tours. All were world tours except for one, which didn’t leave North America (Japan was supposed to be included, but those shows were cancelled). Her most recent tour, the Unbreakable World Tour, is currently underway, having started in Vancouver, Canada on August 31 and is scheduled to conclude on June 29, 2016 in Salt Lake City, Utah.

Other Additions to Janet Jackson’s Net Worth

Unlike many other celebs, Janet Jackson generally sticks to her chosen field of music and doesn’t attempt to branch out into other fields. She has, however, done a few TV shows and dabbled a little bit in Hollywood movies, including episodes of Good Times and Diff’rent Strokes, as well as starring in Tyler Perry’s Why Did I Get Married? and its sequel. She also co-authored a self-help book, True You: A Journey to Finding and Loving Yourself, in 2013.

Look for Janet Jackson’s net worth to continue growing over 2016 as she returns to her tour and leaves the unfounded cancer rumors behind!