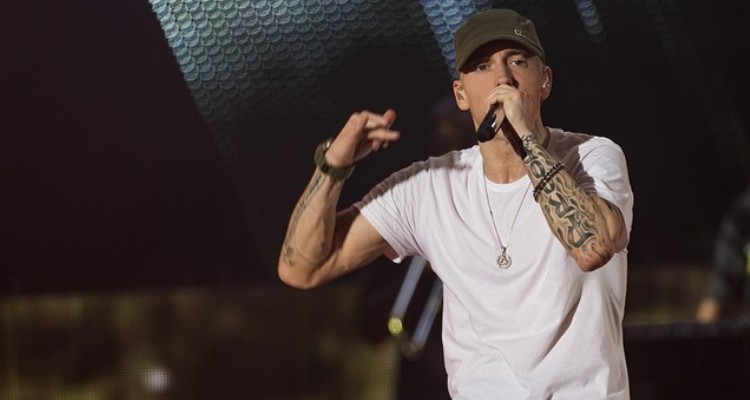 Eminem’s new album is delayed, which is sure to be bad news for the rapper’s massive legion of fans. Or is it delayed? Weren’t we just talking about rumors regarding if he was working on the album in the first place? Here’s the latest on Eminem’s ninth studio album, assuming that it’s going to be released at all.

The latest info says that “Slim Shady” has indeed been working on songs for his latest album. However, fans should not be expecting to hear these new tracks anytime soon—maybe not even before the end of the year! That’s because Eminem’s schedule has become so hectic that he can’t make time to be in the studio and, apparently, he’s determined to keep his word and meet all his appearance dates.

News Every Day is claiming that the biggest hindrance to Eminem working on a new album is his touring schedule. The rapper is currently a part of the Lollapalooza 2016 tour, which saw him visiting countries such as Brazil and Argentina last month. Plus, given the success of and turnout for those shows, it’s no surprise if Eminem wants to keep doing them as they’re proving very lucrative. He is also said to have other projects on tap in addition to touring, but whether any of those pertains to the long-desired ninth studio album remains to be seen.

Discussion regarding the nature of Eminem’s next album has increased as time has gone on; after all, it’s been three years since the last one. Just last month, it came out that the new album was supposed to drop before the end of the year. The only reason we didn’t see it in 2015 was because Eminem was so busy—the same thing we’re hearing about it this year. It was also suggested that the next album would be a collaborative effort with 50 Cent, though neither rapper has commented either way.