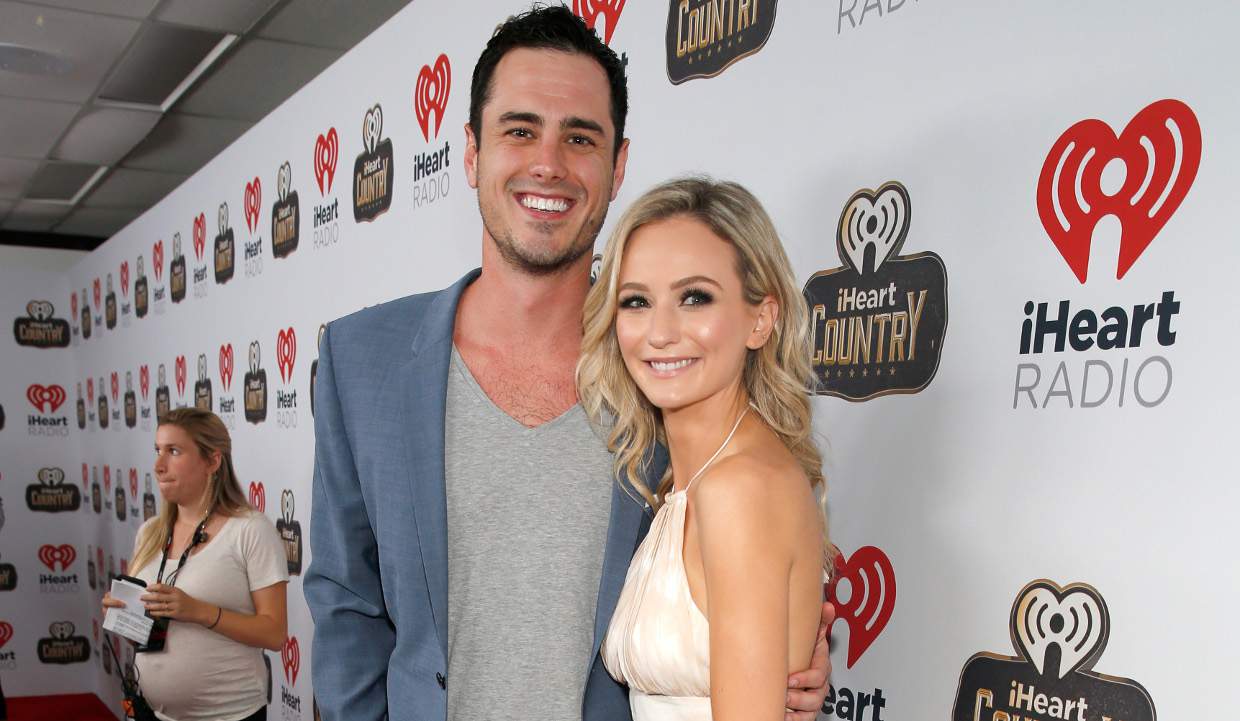 Before Arie on The Bachelor went down on his knee and proposed to his lady love, he surely got to hear a lot of advice and opinions from his family members. However, The Bachelor franchise’s most beloved guy, Ben Higgins, also didn’t shy away from giving advice. During his season of The Bachelor, Ben was also confused between Lauren Bushnell and JoJo Fletcher. So who did Ben pick on The Bachelor? Let’s find out right here!

Finally, Arie’s season of The Bachelor has come to an end. During the end of the season, Arie ended up telling two ladies that he loved them, but he had to choose one. If you are wondering if Ben is still with Lauren, then keep on reading.

Arie’s dilemma was understood by only one person and that was Ben Higgins from The Bachelor Season 20. He had also ended up falling in love with two contestants on the show, JoJo Fletcher and Lauren Bushnell.

Ben having “been there, done that,” it made sense for him to advise Arie. Ben said, “If I got one second to tell Arie ‘This is what you gotta do’: you gotta offer a ton of grace to both parties. Just a tone of grace and ton of forgiveness.”

Also Read: What Just Happened in “The Bachelor” Finale?

Ben Higgins! Fans loved him to death, and he loved two people to death. After several weeks of emotional turmoil, Ben made his decision and selected his bride-to-be.

Both the ladies left a great first impression on his family. Initially, Ben’s mother explained that she would choose JoJo, but just like Ben, they were also confused.

Ben finally made his decision and was torn to send one of the girls’ home. JoJo stepped out of the helicopter and came towards Ben. JoJo shared her feelings with him, but alas! It was too late.

Also Read: Ben Higgins Quits “The Bachelor Winter Games.” Is He Still Not Over Lauren Bushnell?

To make things worse, Ben told JoJo that he did find love with her, but he found it with somebody else more. Well, it looked like there was nothing left for JoJo to say. She politely told him that she was happy for him.

Once Lauren got out of the helicopter, she told him that he was her person and that she wants to wake up in the mornings and kiss him on the face. Finally, Ben went down on his knee and asked Lauren to marry her. Of course, she said yes to his proposal, and we thought they would have a happily-ever-after, just like in the movies, but that was not the case.

Is Ben from The Bachelor Married?

After their engagement on the show, Ben and Lauren went on to make several appearances together. In fact, they even starred in their own show, Ben & Lauren: Happily Ever After?

The pair continuously reassured the world that they were very much together, but they were the only ones who knew about their relationship not going well. Although Lauren moved to Denver to be with Ben, she still had an issue at the back of her head.

We saw in the final Rose Ceremony that Ben ended things with JoJo by saying that he found love with her but found it with someone else more. Lauren was not kept in the loop and she was hurt beyond words.

In an interview, Lauren said, “I don’t think I’ve ever talked about how hurtful that was.” She said this after she watched the show. She further added, “I always try to be really strong because I wanted to move forward from it. But because I wanted to move forward from it, I don’t think I ever really opened up about how hard that was just in terms of, like, I wanted to make that decision to get engaged one time in my life and I felt like I wasn’t told everything that had happened.”

A source close to Lauren explained that while they had their major differences, the primary cause of their split was because both Lauren and Ben wanted different things in life, and they both ended their engagement mutually.

Ben is not married right now, and Lauren is in a happy relationship with Devin Antin. Ben was a part of The Bachelor Winter Games but left the show early because he was not ready to be in a relationship at that time.

Right now, he is concentrating on his business, Generous Coffee Company. Well, things finally seem to be falling into place for Ben. He claims that it took him a little time to refocus but that he can see himself getting into a relationship again.

We wish Ben all the best for his future endeavors and hope that Lauren is also happy with her new beau. Fans were definitely upset when Lauren and Ben broke up, but maybe it was not meant to be.