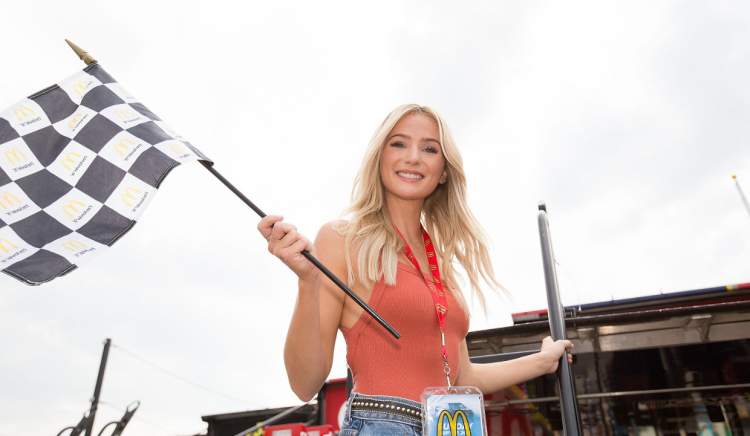 Reality star Lauren Bushnell has happily moved on after her broken engagement with Ben Higgins. Although Ben is still upset over the split, the 27-year-old scored herself a boyfriend. People are curious to know more about Lauren Bushnell’s boyfriend, Devin Antin, and we have the details.

The Bachelor Winter Games season finale will air on Thursday. We already saw a lot of people go home, including Ben Higgins. On Tuesday’s episode, he revealed that he is not looking to date again after his breakup with Lauren Bushnell in 2017.

In case you forgot: Ben was on The Bachelor season 20 and proposed to Lauren at the finale. Although they got engaged, they decided to end it because they wanted different things.

A lot of fans were expecting them to walk down the aisle, especially after they had their own reality show, Ben and Lauren: Happily Ever After?. But, unfortunately, there was no happy ending on the cards.

During The Bachelor Winter Games, Ben was heartbroken and he told the cameras, “To be honest, I’m still emotionally dealing with the loss of that relationship. At some point, I have to ask the question what exactly am I doing here? So I’m confused.”

While he heals, Lauren has already moved on and made her relationship Instagram official. If you are wondering who Lauren’s boyfriend is, then keep reading.

Devin Antin’s age is 29, and he is a real estate investor from Los Angeles. Unlike his girlfriend’s, Devin’s Instagram account is private, so we can really only see his pics through her account.

They Met on Tinder

During a question and answer session on Instagram last year, Lauren explained that they met on Tinder two years ago. She added that Devin was the only guy she ever met on the dating app. They started hanging out as friends, but always got along well.

Two years later, when Lauren moved back to Los Angeles after her breakup with Ben, they met to catch up and sort of started dating. At the time, she wanted to take things slow.

As for how things progressed, a source revealed at the time that Lauren’s new relationship “happened so fast.”

Last August, the couple were spotted spending quality time in Maui. Lauren posted an adorable sunset picture, and revealed that they were on a weeklong vacation.

It was later that month that they actually confirmed their relationship, with Lauren posting a picture of them on Instagram with the caption, “Dibs.” Since then, Devin is featured in quite a few of her posts!

About Devin, Lauren said that she loves “how much fun I have when I’m with him and how much I can be myself… everything about him honestly.”

When asked if they will be getting married, she said, “I do see a future with him but I want to be 1000 percent sure before I get engaged and even more sure before I get married. And for me that takes time. I’ve learned a lot of things in the last couple years and this is a big one. Marriage is such a special and sacred thing that should never be rushed.”