The First Lady of the New York Jets, Suzanne Ircha, is in the spotlight because of her husband’s recent controversy. Suzanne Ircha’s husband, Woody Johnson, is known as President Donald Trump’s Ambassador to the UK, one of the owners of the New York Jets, and an heir to the Johnson & Johnson fortune. He is accused of allegedly making sexist and racist remarks to staff and of using his government position to benefit the president’s personal business in the UK. The scrutiny is now also on Woody Johnson’s wife, who the Internet is curious to know more about. This Suzanne Ircha wiki reveals more on the woman married to Woody Johnson.

Suzanne Ircha, born on July 21, 1964, is a resident of New York. She and her siblings are of Ukrainian descent. Her European background is also what made her a good friend of Melania Trump.

Her father, Stefan Ircha, was born in Ukraine in 1925. After experiencing a personal loss during World War II, he migrated to New York City, where he met his future wife, Marie Kruk, a Ukrainian-American.

They raised their daughters Marie, Lucille, and Suzanne and son Steven in the Ukrainian neighborhoods of Manhattan and Pennsylvania.

Stefan Ircha passed away in March 2019. He was predeceased by his wife.

Suzanne Ircha had a brief career as an actress, with minor roles in Pontiac Moon, Return to Two Moon Junction, an eposide of Star Trek: Deep Space Nine, and a “Wing Commander” video game . But the Cornell graduate is better known for equity sales.

A financial whiz, Ircha worked for Sandler O’Neill and Partners, the investment banking firm. Back in 2001, her office was in 2 World Trade Center.

On September 11, 2001, a breakfast meeting with clients went long and Ircha was late to work. She was in her car at FDR Drive while on the phone with Herman Sandler, the founder of the firm, when she heard the explosion and saw the Twin Towers on fire.

Sandler and 75 of Ircha’s colleagues were killed in 9/11. The devastated surviving employees of Sandler O’Neill, including Ircha, were left to pick up the pieces and rebuild the firm.

Ircha was the only surviving member of the equities team. She was among the few who returned to work the following year, while others couldn’t bring themselves to come back.

Suzanne Ircha reportedly no longer works in equity sales. She’s more focused on being the First Lady of the New York Jets. She was the brand ambassador of the NFL Fit for You campaign and also led fashion events in the league.

Woody Johnson was married to a former model, Nancy Sale, with whom he has three daughters: Casey, Jaime, and Daisy. Johnson and Sale divorced in 2001. One of their daughters, Casey Johnson, passed away in 2010 from diabetic complications.

Woody Johnson met Suzanne Ircha, two decades his junior, at a Michael Milken conference in Beverly Hills in 2004. He called her two days after meeting her, and they went on their first date to a SoHo restaurant. The date involved Ircha teaching Johnson how to use a BlackBerry.

After five years together, Ircha and Johnson married at Brick Church, in New York City, in 2009.

They are parents to two sons: Robert Wood Johnson V or “Brick” (born 2006) and Jack Johnson (born 2009). Brick is the same age as Barron Trump, and they are reportedly good friends. 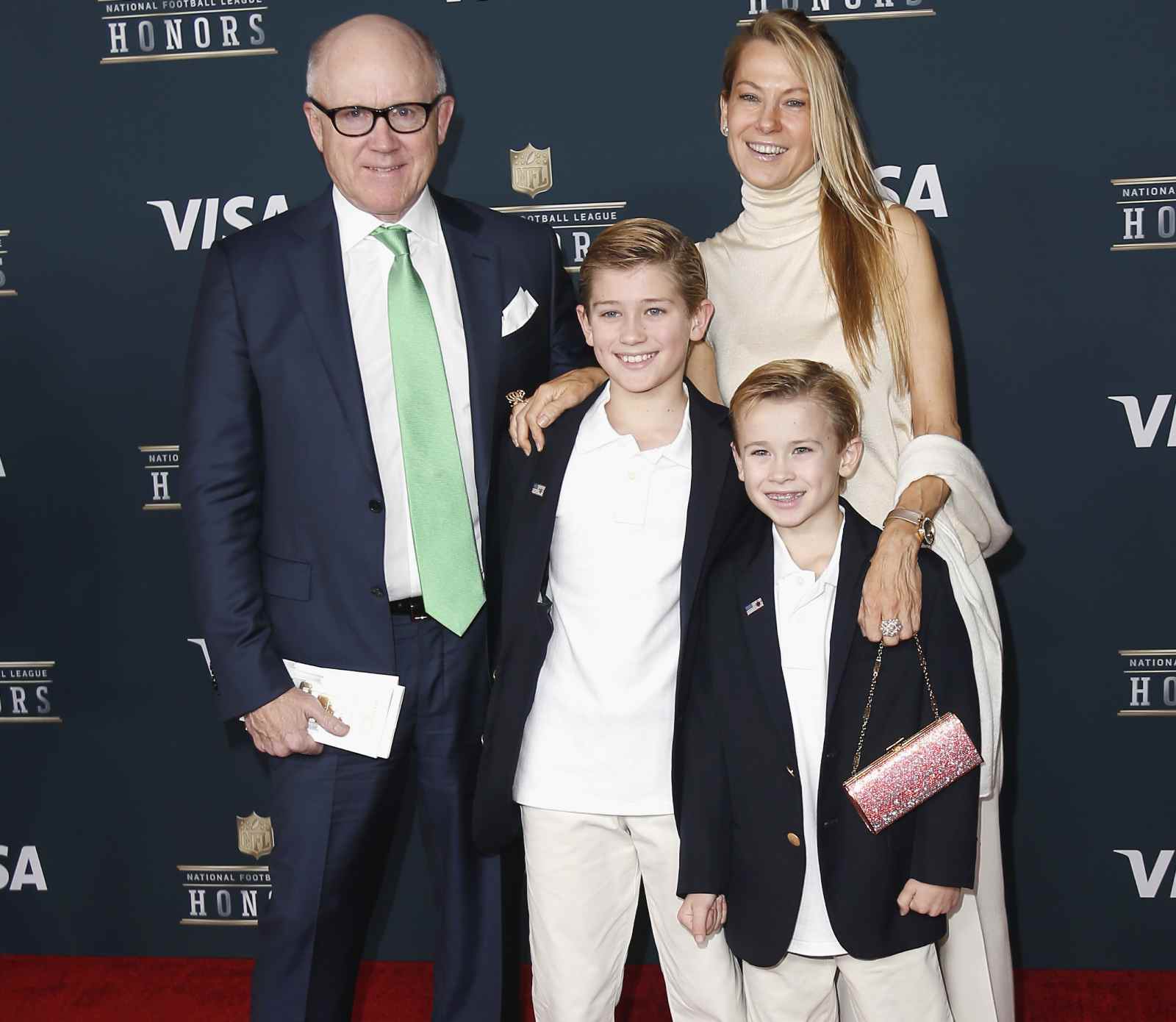