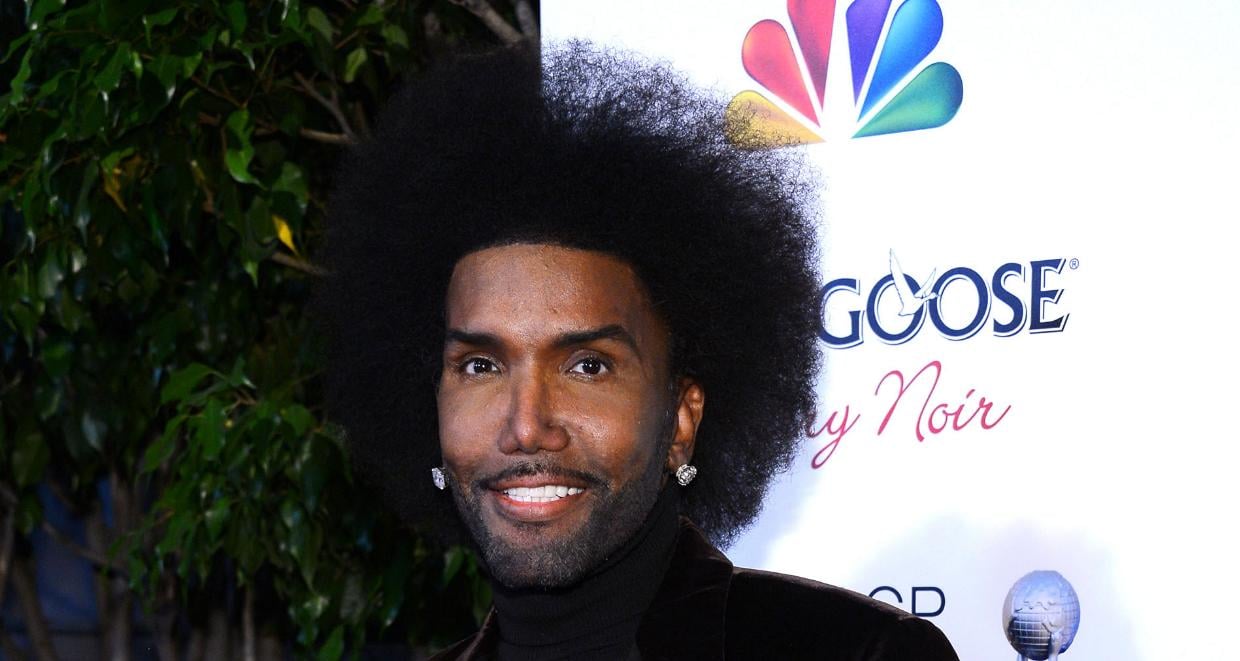 Musician and reality TV star Norwood Young, whose botched up nose job put him on the charts, has been out of the limelight for a while now. He released an audio biography called Getting Back to My Me, in which he opens up about his troubled childhood and his addiction to plastic surgery. Here are some details from Norwood Young’s wiki.

Norwood Young Has Been into Music Since Childhood

Norwood Young was born and raised in Ewing Township, New Jersey, and his interest in singing developed from the age of six. He was a good-looking child, and he showed great talent as a performer.

He has a sister named Tanya Young Williams. You can recognize her from starring in the hit show, Basketball Wives: LA. 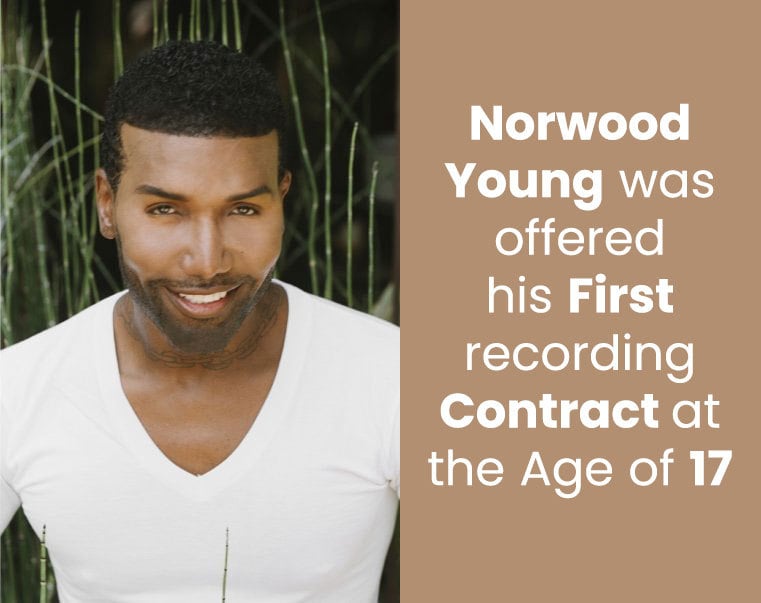 Young was associated with the local church choir. And as he grew up, he also performed at weddings and nightclubs.

He was the winner of a local talent show, which was sponsored by a radio show. It gave him the opportunity to appear on Philadelphia’s news show, City Lights.

Young went to Notre Dame High School in New Jersey and was offered his first recording contract at the age of 17.

His first project was with record label MCA Records/Magnolia Sound where he recorded the album, I Can’t Let You Go. Songs like “Should Have Been Us Together” and “Feels So Good” rose up the UK charts.

He became famous in Japan, Europe, and astonishingly, Peru, where the singer toured.

Although Young is known to throw some rad birthday parties each year on August 28, his age is well guarded! We’re guessing Norwood Young’s age is 47, considering he was 17 years old when his first album was released in 1987.

The reason he keeps his age a secret is still unknown, but many anxiously await his extravagantly themed birthday parties every year!

In 2017, Young called out to his Instagram followers and asked them to attend his “virtual” party. And he released his new track on that day, too!

The year before that he threw a party at The E Spot, but his 2009 Thriller-themed birthday bash at his mansion was the most elaborate! Young was dressed like Michael Jackson and performed all his songs, too, allowing his guests to relive the times when the King of Pop was alive!

Norwood revealed that a male relative molested him when he was just a child. He was raped and tortured from age seven up until he was 16 years old. He kept the molestation a secret for years because he didn’t want any rifts in his family.

Young opened up about how the secret led him to drugs and prison, and eventually, even plastic surgery! He’s has had chin implants, rhinoplasty, and cheek implants done in the past.

Though he did get rid of the implants, Norwood Young’s nose soon started to give him troubles. He started sounding “nasally” and couldn’t sing the high notes with as much ease as he could in the past!

Young appeared on TV shows like High Maintenance 90210 and Botched on the E! network.

On the other hand, Norwood Young’s sister has appeared on another hit reality series. During her time on Basketball Wives: LA she opened up about how her husband, Jayson Williams, abused her. She said that the Philadelphia 76ers basketballer would drink too much and become violent at home.

“I had to protect myself and my children by any means necessary,” said Tanya Young Williams, who has since left him.

He Owned a Nightclub in Germany

As a young star, Young was offered to tour Germany, and he simply fell in love with the people and their response to him. So much so, that he opened a nightclub called Club Collage.

Young ran the club for a year, but after failing to get a German visa or a German sponsor to help him out with finances, he was forced to shut the place down.

He then moved to New York where EMI Records gave him the chance to join the band, Pieces of a Dream, as the lead singer.

“What Can I Do” went gold at the time, which was Young’s first gold record, after which he toured with big singers like Millie Jackson.

Fans of the singer are probably aware of the beautiful and extravagant Hancock Park home that Young bought. He decorated the front of the home with 17 of Michelangelo’s naked David statues.

The neighbors were not happy with Young’s choice of décor, especially since they were situated on the front lawn. He fought the neighbors and their criticism for 13 years, which led him to create the song, “Stand Up for Something.”

The Youngwood Court home became a landmark and those passing by would always stop to take pictures.

But in 2011, the home was put out on the market for $2.1 to $2.4 million because it had become more famous than Young himself. He purchased the home for half that amount in 1997!

“There’s 22 rooms in my home. I utilize five of them. I see myself in a smaller place, most certainly,” he said when he put the house on the market.

His house also had a giant seven-foot statue of Michael Jackson’s infamous glove on display!

He was crowned the “King of Hancock Park,” by Los Angeles City Beat magazine back in 2008. And the celebratory party was something guests would never forget!

Also Read: Everything You Need to Know about Matt Nathanson