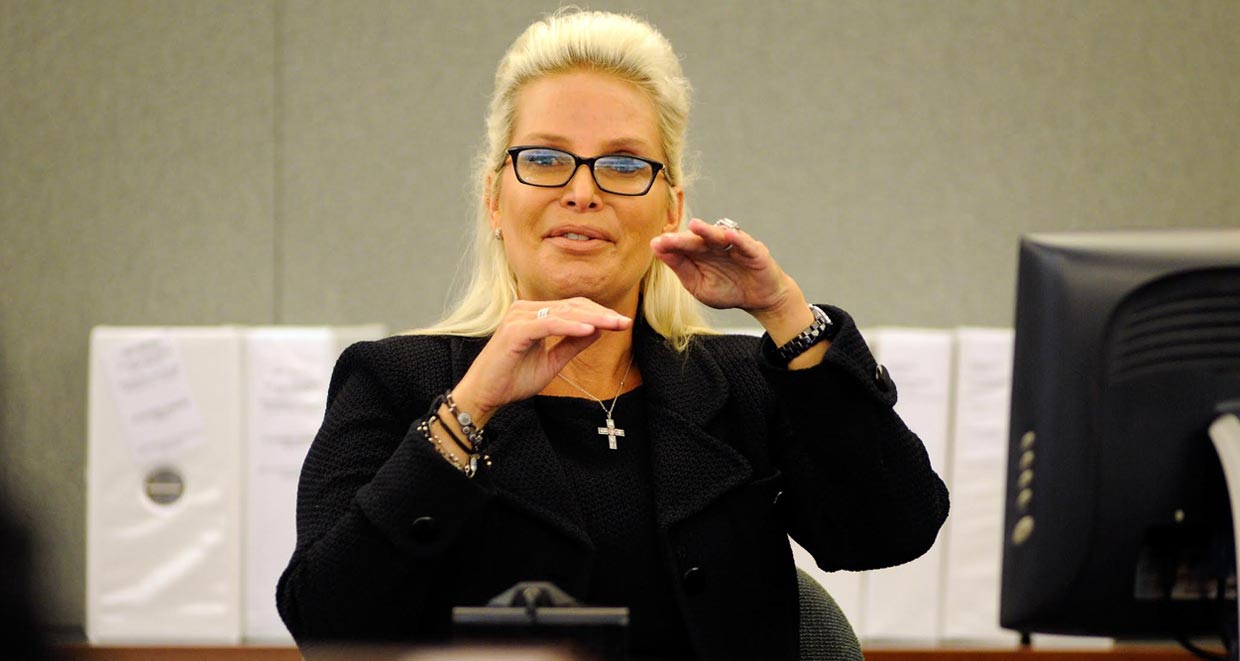 The Bachelorette pulled out all stops by bringing the one and only Wayne Newton to the show on Monday! The iconic singer imparted serenading tips to Becca’s suitors while crooning “Danke Schoen” to his lovely wife, Kathleen McCrone.

Last night’s episode of The Bachelorette saw Wayne Newton and his wife, Kathleen McCrone Newton, welcome Becca and nine lucky suitors from the show to their famous Las Vegas home and ranch, Casa de Shenandoah. Their Bachelorette appearance and a recent burglary attempt at their home have made Kathleen McCrone a hot topic in Bachelor Nation! Especially with Mrs. Newton’s sister, Tricia McCrone, actively promoting their appearance.

No offense Becca, but it’s time to turn the spotlight on the woman married to the King of the Vegas Strip with our Kathleen McCrone wiki.

Kathleen McCrone Is an Attorney from Ohio

Born in 1964, Kathleen McCrone Newton’s age is 54. She hails from Cleveland, Ohio where she lived with her family.

William McCrone passed away from cancer before his daughter met Newton. He was a judge in the Rocky River Municipal Court and Cuyahoga Court of Common Pleas, Ohio.

Kathleen McCrone followed her father’s footsteps to the courtroom by studying law. 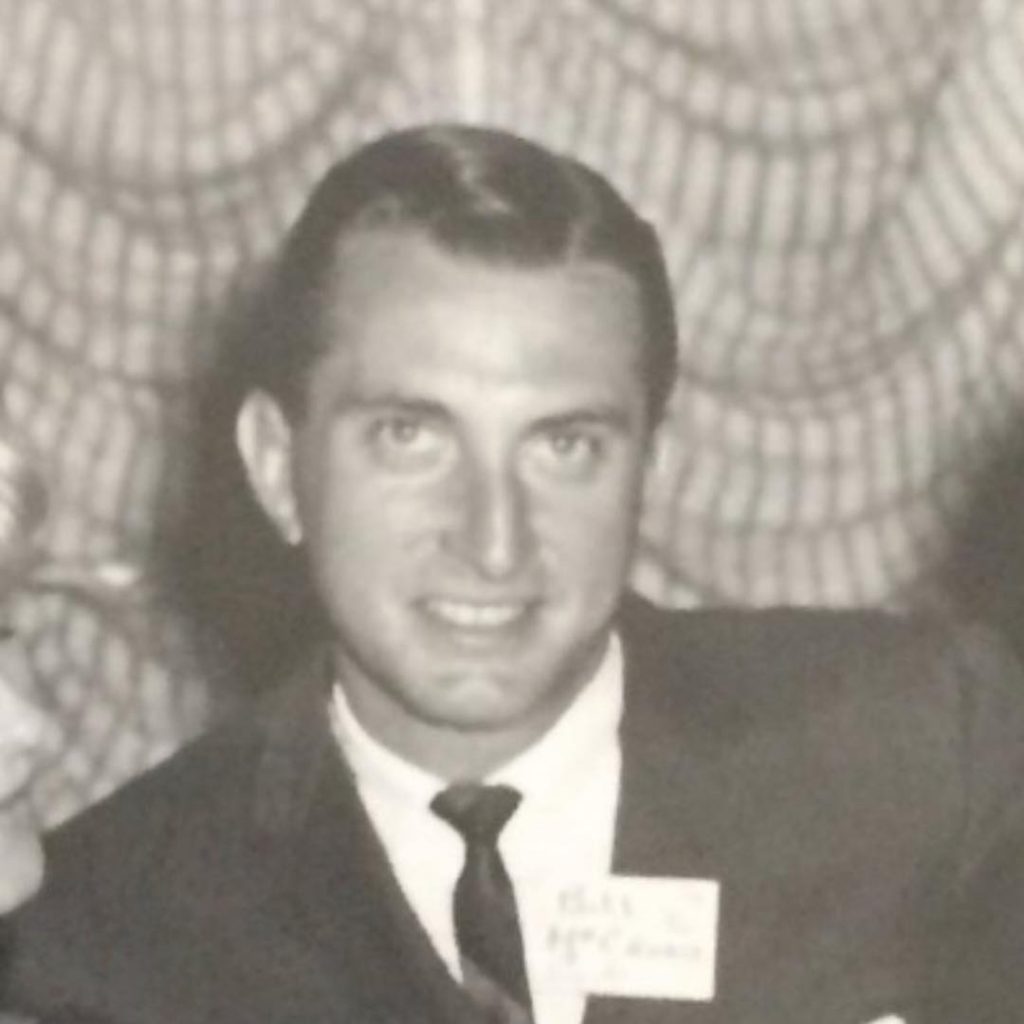 She’s a civil and criminal litigation attorney from Cleveland. She practiced law in Ohio and later in Las Vegas, Nevada.

When she began dating Wayne Newton, her pictures leaving court after a regular work day made it in tabloids. The attention was, as she put it, “not the best thing” for her legal career.

“I get to court the next morning and the judge called me back into the chambers,” McCrone recalled about her headline-making pictures and added, “He’s got the tabloid open and says, ‘Is this true?’ I said it was.”

She said that the jury looked at her “funny” during criminal sentencing. After her client was informed of all the procedures and withdrew his formally entered plea for reduced charges, she explained that “the judge, instead of saying, ‘Thank you, Miss McCrone, says, ‘Danke Schoen, Miss McCrone.’ So, right then, it turned for me. Everyone started laughing.”

Recent reports indicate that McCrone hasn’t been active as an attorney lately. She’s currently keeping herself busy as Wayne Newton’s manager and confidante. And if they want to go on a date night, it’s usually in disguise to avoid attention.

They Met at His Show in Las Vegas

Wayne Newton was married to Elaine Okamura, and they are parents to an adopted daughter, Erin Newton. They divorced in 1985, and soon after, Newton met his future wife in Las Vegas.

Seymour Brown, a former judge in Las Vegas, was a family friend of the McCrones. A year after Kathleen McCrone’s father passed away, she was visiting Judge Brown in Vegas with her family for Thanksgiving 1990.

She had planned the family vacation to help her mother and sisters cope after her father’s death. Judge Brown arranged for the family to attend a show by his good friend, Wayne Newton himself.

McCrone’s mom, who enjoyed gambling in Reno and Vegas, had met Newton several times before with her husband.

But it was Kathleen McCrone who caught the eye of Mr. Las Vegas from the audience, so he invited her backstage. They formed a friendship, and a year later, they were dating. 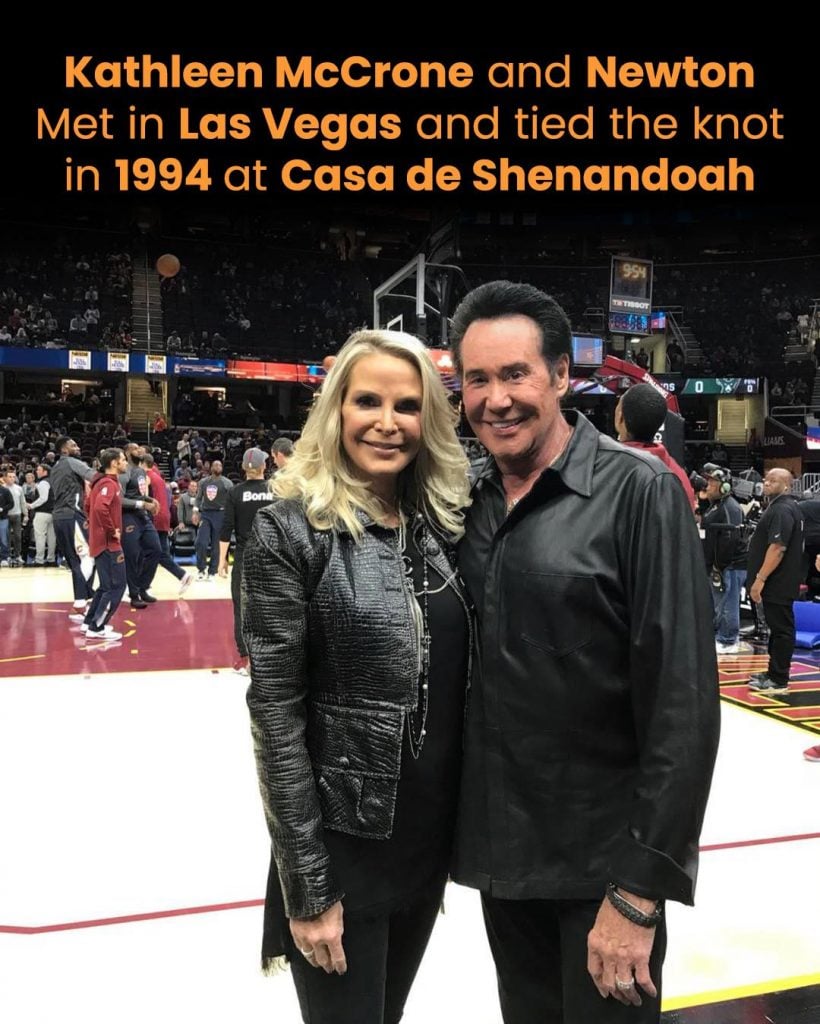 Kathleen McCrone and Newton met in Las Vegas and tied the knot in 1994 at Casa de Shenandoah. Credits:Insatgram/waynenewtonmrlv

The couple tied the knot in 1994 at Wayne Newton’s 52-acre ranch estate, the Casa de Shenandoah. They had about 200 guests in attendance for the beautiful event. Newton, an Arabic horse breeder, arranged for horse-drawn carriages to take the guests from the parking lot to the wedding venue!

Wayne Newton and Kathleen McCrone have a daughter who they named Lauren Ashley Newton. She was born via surrogate in April 2002.

Her Family Assists in His Career

Newton’s career has seen its ups and downs because of legal and health issues. At such times, he’s had the support of his wife and her family.

While she manages his career, Kathleen McCrone’s younger sister, Tricia McCrone, acts as the family’s publicist. She has worked as a producer for The Tyra Banks Show, cohosts Kat with the Dish, and helms Casa de Shenandoah’s public relations.

Tricia McCrone married her husband, Billy Brinton, on the estate in 2017.

Kathleen and Tricia McCrone’s oldest sister, Mary McCrone, was an Emmy-winning TV producer and writer. She passed away suddenly in 2009.

A few weeks later, the Newtons faced a spate of legal and financial problems wherein they almost lost their opulent home! Additionally, Newton’s own health issues and his elder daughter’s complications during childbirth led to him canceling several shows.

The family was preoccupied with Erin Newton’s health to bother about their belongings being moved out of the famed Las Vegas home. Kathleen McCrone often handled the estate’s legal affairs, and while the family focused on Erin, she kept up the battle for their home.

But McCrone had said the family wouldn’t leave the property, even if a bidder snatched it.

“We stay here until we choose to leave. We have that right,” she told the media.

After a long legal battle, Wayne Newton, Kathleen McCrone, and their family returned to Casa de Shenandoah in 2015. Since then, the couple seems to be doing great—and if their appearance on The Bachelorette last night was any indication, this couple is still like two young teenagers in love!