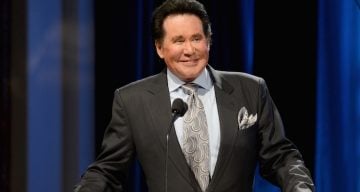 There is probably no other living performer who is more associated with, or embodies the spirit of Las Vegas, quite like Wayne Newton. He has been performing in Vegas for over five decades and even in the light of the recent mass shooting, he feels that it is his duty to make sure that the show goes on. In this Wayne Newton wiki, we’ll examine everything you’ve ever wanted to know about Mr. Las Vegas, from his life, loves, age, songs, and Wayne Newton’s net worth.

Wayne Carson Newton was born in Norfolk, Virginia on April 3, 1942. His father, Patrick, was an auto mechanic who served in World War II and his mother’s name was Evelyn Marie.  When he was very young, the family moved to Newark, Ohio. It was in Ohio that Newton would get his first taste of performing alongside his older brother, Jerry. The duo would sing at local fairs, clubs, and theaters in the Newark area until Wayne’s problems with asthma forced the family to move to Phoenix, Arizona in 1952.

The Life of a Performer

Wayne and Jerry would become known as The Rascals in Rhythm. The duo would perform all over the area locally also making appearances on the Grand Ole Opry, ABC-TV’s Ozark Jubilee, and a local television show called the Lew King Rangers Show. It was during this performance that Wayne’s connection with Las Vegas would begin after a booking agent saw their performance. First signed for two weeks of performances in Vegas, the duo would end up doing six shows a day for five years. This would gain the brothers an appearance on The Jackie Gleeson Show on September 29, 1962. Wayne and Jerry would go on to appear on the show 12 times over the following two years.

It was during this period that Wayne would also start working solo, first appearing as Andy, the singing ranch hand on Bonanza. Slowly, Jerry would split off from the act, leaving Wayne to seek fame and fortune on his own. He would release his first solo single, “Danke Schoen,” in 1963. The song would become a standard for Wayne’s performances. After appearing as an opening act for the likes of George Burns, Bobby Darrin, and Jack Benny, Wayne would get his first headlining gig at the Flamingo Hotel.

This headlining spot would be the first of many and, despite Wayne disappearing from the charts, his shows in Las Vegas were booming. By the time 1994 rolled around, Wayne performed 25,000 solo shows in Las Vegas. As age has crept in, he slowed down a little and took a few years off to spend with his family here and there but to date, it’s estimated that he has performed as a solo act in Las Vegas over 30,000 appearances.

Such an inspiring evening at the @invictustoronto opening ceremony with #WoundedWarriors from around the globe. #SupportOurTroops

The Loves of Wayne Newton

Unlike many of his contemporary performers, Wayne Newton has only been married twice. The first marriage was to Elaine Okamura in 1968. They had one daughter, Erin, on July 26, 1976. The couple would go on to divorce in 1985. Wayne Newton’s wife now is a lawyer named Kathleen McCrone. The couple married in 1994 and welcomed a daughter named Lauren Ashley to the world on April 19, 2002.

The Value of Mr. Las Vegas

Given his years as a headlining act and the steady popularity of Wayne Newton’s songs, it might lead some to believe that Wayne is a multi-billionaire. But as you may recall, Wayne filed for Chapter 11 bankruptcy in 1992, due to some bad financial deals and lawsuits stemming from his part ownership in the Aladdin hotel. At that time, he was $20.0 million in debt. This would be followed by IRS problems in 2005, a few other lawsuits, and even a threat of foreclosure on his home. Because of this, many believed that Wayne Newton might be broke or not as nearly well off as he should be.

While he may have made some financial mistakes over the years, the performer is definitely not broke. He makes approximately $25.0 million a year from his Vegas shows. Combine this with other financial investments like breeding Arabian horses, he’s pulling in a lot more than you may think. Current estimates put Wayne Newton’s net worth at somewhere around $120.0 million.

A very Happy Birthday to my gorgeous wife, Kathleen. I am a lucky man. I love you, my darling Kat.

There may always be questions about his financial standing or about Wayne Newton’s plastic surgery (or if he’s even had plastic surgery), but the one thing you can’t doubt is Wayne’s commitment to performing and the city he calls home. He has recently donated $100,000 to a fund set up to help the victims of the October 2 shooting, and he is already planning to return to the stage and continue with his show as planned. There’s a reason why the main road to the main terminal of McCarran International Airport in Las Vegas is named Wayne Newton Boulevard.