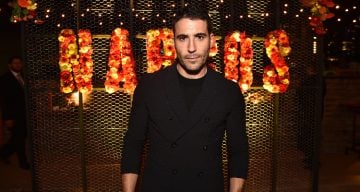 If you have binge-watched Narcos season 3 like your very own drug, there are a lot of characters from the new cast that have likely stood out. Besides the protagonists, there are a few background characters who drove the drama and caught our eye. If Franklin Jurado from Narcos season 3 popped in your head, you’re not alone. We’ve got all you need to know about him, right here.

Narcos brings us the gripping drama of the real life drug rings that dominated the modern criminal enterprise. After concluding the arc of notorious kingpin, Pablo Escobar and his Medellin Cartel, Netflix premiered Narcos season 3 with the rise and fall of the Cali Cartel. The richest drug trafficking ring in criminal history, the four Cali Kings ran the multi-billion dollar business with the help of some unscrupulous minds. One of them was Franklin Jurado. To find out about his role in the Cali Cartel, check out our Franklin Jurado wiki.

#1 He Ran the Biggest Money Laundering Scheme in History

What Franklin Jurado did for the Cali Cartel is cited as one of the biggest examples of money laundering in history. And the repercussions that followed, particularly with how drug cartels used money laundering to their advantage, are still widely discussed today when talking about the famous group. Working primarily for one of the four Cali godfathers, Jose Santacruz-Londono, he ran a complex scheme to hide the cartel’s drug money. It went something like this.

Jurado deposited the money from cocaine sold in the U.S. by Cali into a bank account in Panama. From there, he’d transfer the money to more than 100 bank accounts in the names of Santacruz’s mistress or relatives, or other European-sounding names. The accounts were held in 68 banks in nine European countries; Austria, Denmark, the United Kingdom, France, Germany, Hungary, Italy, Luxembourg, and Monaco. The transactions didn’t arouse suspicion because they were always under $10,000. He’d transfer small amounts in and out of multiple bank accounts to make their origins look legitimate.

Then came the part where he made the money look ‘clean.’ Jurado would divert funds from these accounts to shell companies he set up as a front. Jurado funneled over $36.0 million worth of drug money through legitimate financial institutions back to Colombia to be invested in Santacruz’s side-businesses like his restaurants, pharmacies, construction business, and real-estate holdings.

Jurado ran one of the most intricate money laundering schemes that remain unrivaled even today. He would have got away with it until a sudden episode derailed his money-cleaning task. When one of the banks in Monaco where he stashed money suffered a functional failure, an audit was conducted and several accounts were traced back to the Colombian.

Over in Luxembourg, Jurado’s neighbor complained to local police of nuisance. The non-stop noise that came out of Jurado’s home at night turned out to be from the constantly running money-counting machines! At that time, Luxembourg had implemented new laws regarding money-laundering, which the authorities used to wiretap Jurado’s home.

With sufficient evidence gathered against him, Jurado was arrested for money-laundering in 1990. In 1992, he was convicted in a Luxembourg court and later extradited to the U.S. If he had gotten away with it, he would have enabled the future generations of the Cali Kings’ families to inherit wealth that appeared completely legal on the surface.

#3 He Studied at Harvard

Spanish heartthrob, Miguel Ángel Silvestre, who previously starred in the other Netflix show, Sense8 plays Franklin Jurado in Narcos season 3. Silvestre researched his character well enough to give us some insight into Jurado and how he was bound to the Cali Cartel.

Unlike Escobar, who rose from poverty to become the single-most fearsome figurehead of the drug trafficking ring, the Cali Kings were always rolling in riches. And they never lost an opportunity to invest money that would benefit them in the long run. That’s how they found an orphan with a talent for numbers.

Jurado, an orphan from the streets of Colombia, won a mathematics contest when he was young and caught the eyes of the Cali godfathers. “The Cali cartel felt like, ‘This guy can make us some use,'” said Silvestre based on his research of the real Franklin Jurado. “So they adopt me. They sent me to Harvard. Then when I got back, they told me, ‘Now, you have to work for us.’”

Jurado graduated with two degrees from Harvard, thanks to the druglords’ help. He was also said to be multi-lingual. So, when he returned to Colombia, he felt obligated to help them with their finances. Like Jorge Salcedo, the cartel wouldn’t let him go even if he wanted to.

#4 His Wife is American

The Harvard-educated economist was married to an American woman named Christina, who he met at Harvard. Not much is known about her or where she is now. According to what’s shown in Narcos, protecting his wife drove Jurado to remain on the cartel’s good side, but it also became his greatest dilemma.

Christina Jurado, played by Kerry Bishe, unwittingly gets involved in the drug game when she gets hooked on cocaine. She didn’t know about his cartel’s connection when they first met, but when she goes to Colombia with him, she not only learns of his origins but gets addicted to drugs. Jurado owed the godfathers for taking him out of the streets, sending him to Harvard, and making him a rich man. But as Silvestre put it, “the paradox is that what makes me rich takes the love of my life.”

Those of you who have ravenously watched Narcos season 3 already know what happens to Jurado’s character on the show. Besides Guillermo Pallomari, Jurado held the secrets of the cartel’s financial movements. While Jurado made the drug-money legal, Pallomari was in charge of bribes and pay-offs. Both were keys to take down the cartel should the authorities get them.

Our protagonist, DEA Agent Javier Pena, tracks Jurado from Curacao to jail. But he loses his biggest lead when the cartel has Jurado assassinated in jail. (And it was a brutal stabbing right in the jugular!)

Did the real Franklin Jurado meet the same fate? After his conviction in Luxembourg, he was sentenced to seven years in prison since there was no way to prove the money he laundered between multiple bank accounts was originally drug-money. On account of good behavior, he only served two years before he was extradited to the U.S. Since then, there have been no consistent details about his whereabouts.

One thing we do know is that Jurado is alive. He wasn’t killed in prison by Cali’s henchmen, nor was he present when the DEA dismantled the cartel. The show’s writers opted to digress from Jurado’s part in history and seal his fate on the show. Some sources claim that he returned to Colombia and found some legit work at the Colombian stock exchange, but these reports can’t be confirmed.