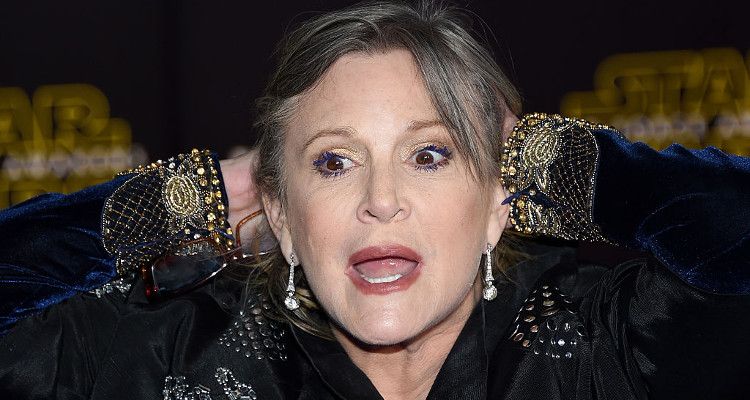 Carrie Fisher, the iconic Star Wars actress, passed away on Tuesday in Los Angeles. The hilariously witty star lived her life on her own terms and left behind a rich legacy of novels and memoirs. Her intriguing personal life has always been of great interest to her fans, especially regarding the father of her only child. So here are five photos of Carrie Fisher’s ex Bryan Lourd and his new husband Bruce Bozzi.

Carrie Fisher was a woman way ahead of her times, and her career, which spanned over four decades, stands testament to that. Never one to back down from a challenge or shy away from the spotlight, the 60-year-old actress was outspoken about her drug and alcohol addictions, struggles with bipolar disorder, as well as a string of high-profile relationships, notably with her Star Wars costar Harrison Ford. A woman of many talents, Fisher was the best-selling author of her autobiographical accounts Wishful Drinking and The Princess Diarist which chronicled her life experiences and learnings. In the early ‘90s, Fisher was prominently featured in the news for her relationship with talent agent Bryan Lourd, with whom she had a daughter Billie Catherine Lourd. Scroll down for juicy details about Bryan Lourd and Bruce Bozzi’s marriage, as well as Bryan Lourd’s wedding photos. 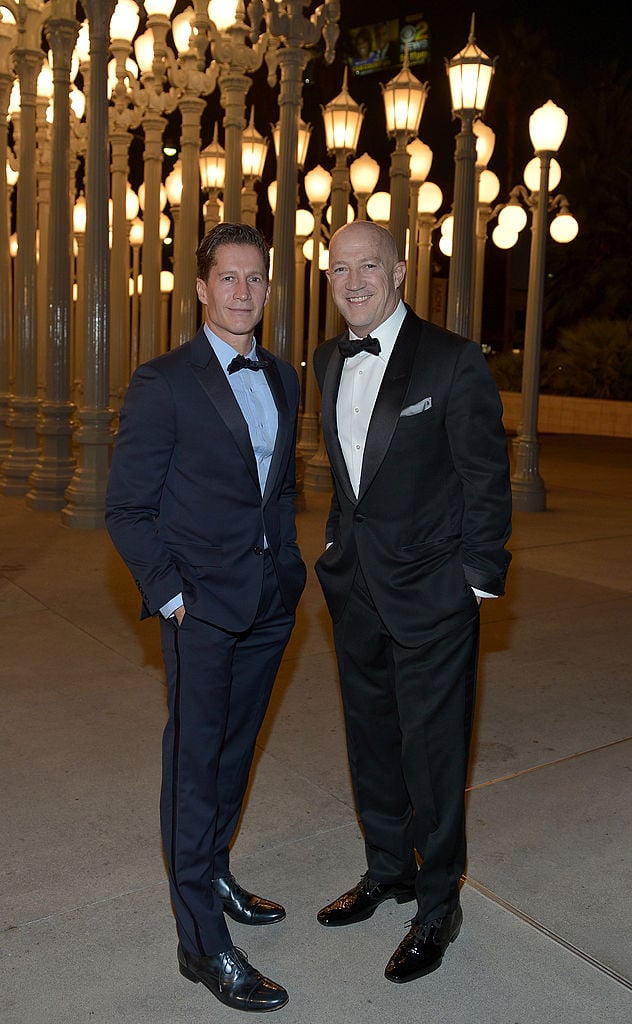 Though Carrie Fisher is a Hollywood legend, Bryan Lourd is a well-known personality in his own right. The 56-year-old talent scout is the managing director and co-founder of Creative Arts Agency (CAA), a company with nearly 2,000 employees to manage its prestigious A-list clientele like Robert De Niro, George Clooney, Robert Downey Jr., Drew Barrymore, Brad Pitt, Madonna, and Matthew McConaughey. 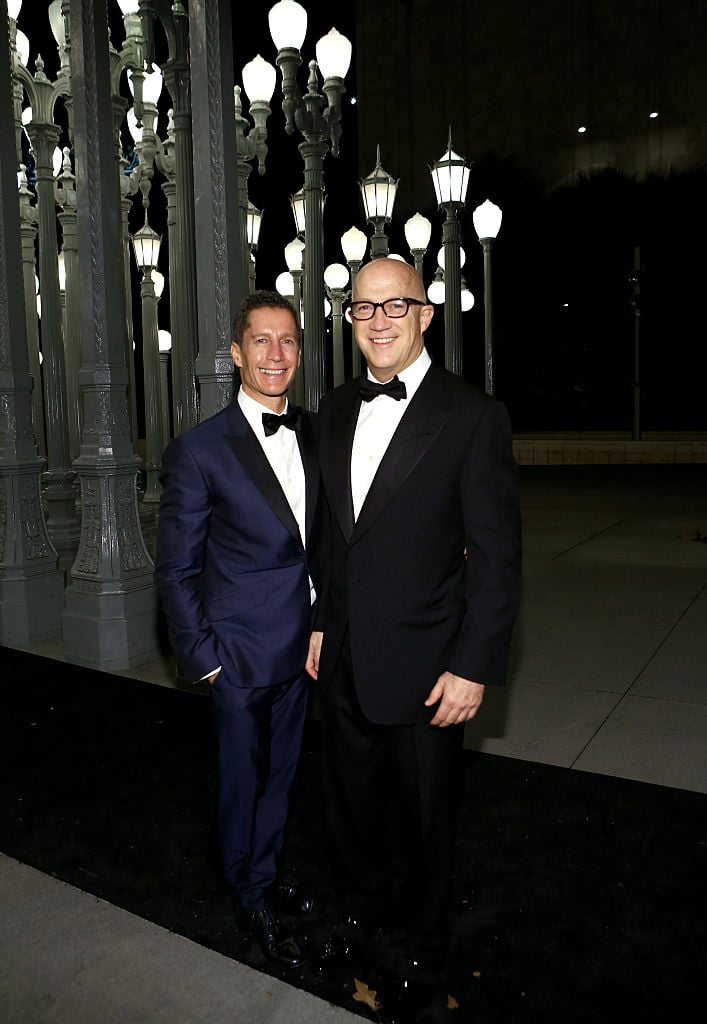 Lourd recently married 42-year-old Bruce Bozzi, who is the executive vice president and co-owner of The Palm fine dining restaurants, which has over 28 international outlets. The couple were wed in an intimate ceremony at the Beverly Hills Courthouse on October 12, 2016, with their daughters Ava Bozzi and Billie Lourd as witnesses. They split their time between their luxurious penthouse apartment in the West Village, Manhattan New York City and a sprawling house in Beverly Hills, California. 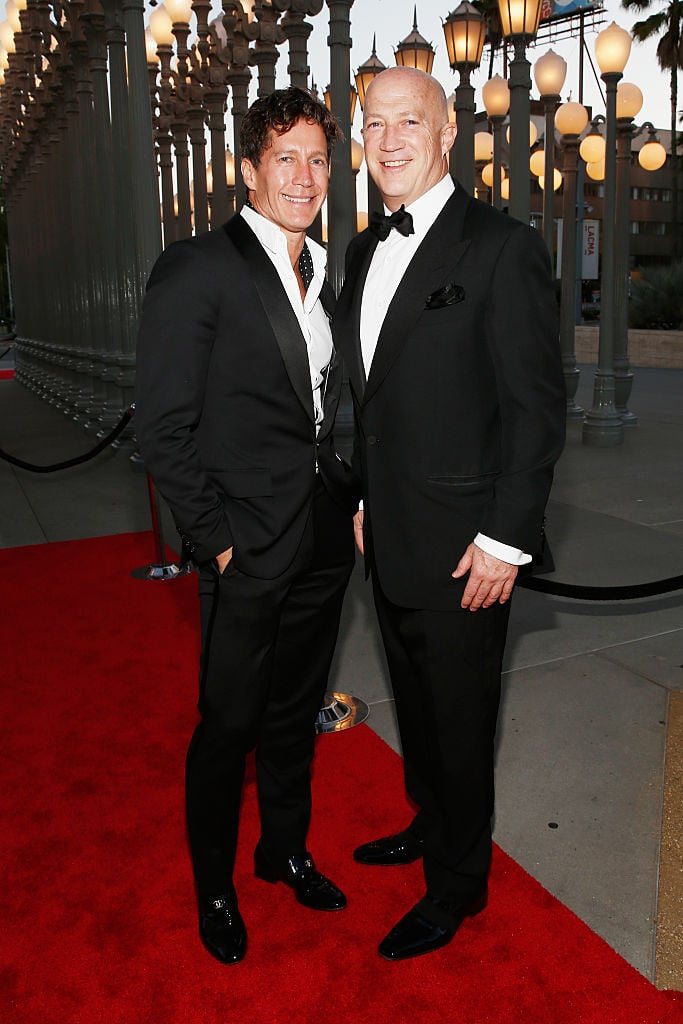 Bryan Lourd Came Out as Bisexual after Split with Carrie Fisher

Lourd was in a long-term relationship with Carrie Fisher in the 1990s, following her split from musician Paul Simon. However, the couple parted ways after Lourd came out of the closet as bisexual. The pair made headlines following news of their break up, as Lourd left Fisher to be with a man. In an interview, Fisher confessed, “People ask if it lessens the blow that he left me for a man because it’s a rejection of my gender and so isn’t personal. But I don’t care what people say – I was humiliated and betrayed, and I believed I’d somehow messed up. I don’t know if I believed I made him gay, but I’d failed, and that’s all that really counts.”

Bryan Lourd and Carrie Fisher Have a Daughter

Lourd and Fisher dated for three years, and had daughter named Billie Catherine Lourd. Now 24 years old, Lourd had a cameo in the latest Star Wars film, and is a leading cast member of the hit horror-comedy show Scream Queens. Born on July 17, 1992, Billie’s grandfather is the illustrious Eddie Fisher. Although Carrie Fisher frequently referred to Lourd as her second husband, it has been revealed that the two were never legally married.

💖👨‍👨‍👧‍👧💖 happy Father's Day to these two #dreamboatdads!! I am beyond lucky to call these 🔥incredibly good looking🔥, kind, smart, caring and fun humans my family #shamelessselfiesquad #exceptwedofeelalittleshamecausewelookridiculous #papichulos #thefamilythattogocupstogetherstaystogether