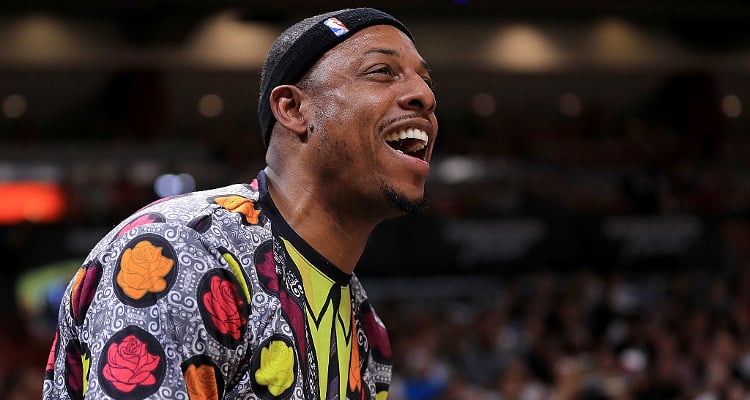 It’s the end of an era in the NBA. Paul Pierce bid adieu to the NBA, after a long 19-year long career. He’s leaving the game as “The Truth,” with a lot of love from social media.

The LA Clippers have officially been eliminated from the NBA playoffs, after losing to the Utah Jazz on Sunday (April 30). It was equally as heartbreaking for many, because it was the last time the Clippers’ small forward, Paul Pierce would hear that final buzzer sound. Paul Pierce retires from an illustrious career spanning almost two decades. He even earned an emotional tribute from Kobe Bryant, Kevin Garnett, and other players. To celebrate this future Hall-of-Famer’s achievements, we have a Paul Pierce wiki for you, right here.

Why is Paul Pierce Called “The Truth?”

When it comes to athletic nicknames, “The Truth” is hardly one you’d give a basketball legend like Paul Pierce. But that’s what he is. How did he come to have this nickname? It goes way back to when Pierce played for the Boston Celtics. The Celtics had lost to Shaquille O’Neal’s Lakers in a score of 112-107.

It wasn’t an easy victory, thanks to then 23-year-old Pierce. The 6’7” player scored 42 points on 13 of 19 shooting. After the game, Shaq was speaking to reporters when he saw Steve Bulpett of the Boston Herald. He called him over and gestured to the journalist’s notepad. “Take this down,” said Shaq before launching into an expletive-laden complimentary rant about the Celtics player.

Pierce was still in his third year of pro-basketball at that time and was struggling to establish his status in the NBA. With his new nickname,  “The Truth,” the NBA built him into a brand.

Farewell to The Truth. pic.twitter.com/vskkO1qZJL

A Journey of 19 Years

Born in Oakland, California, Paul Pierce moved to Inglewood with his parents. He went to Inglewood High School, where he became the star player of their varsity basketball team. He then attended the University of Kansas, where majored in Crime and Delinquency Studies. He averaged 16.4 points and 6.3 rebounds per game in his three seasons and earned MVP honors in the Big 12 Conference. He entered the NBA draft in his junior year and was the 10th overall pick of the Celtics in the 1998 draft. 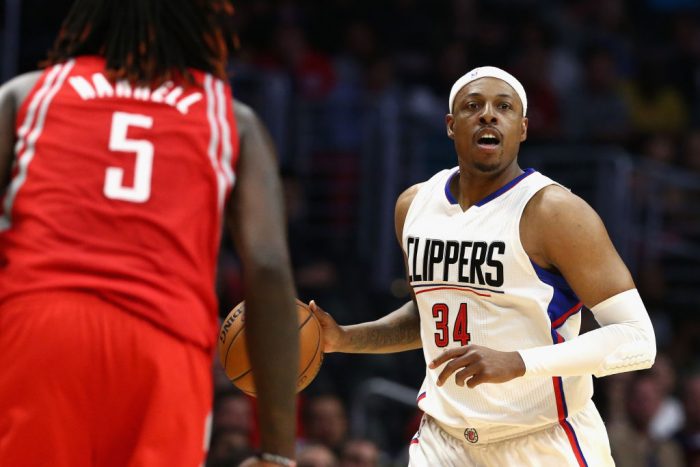 Six months after he was nicknamed “The Truth” by Shaq, Pierce was involved in a terrifying incident. In 2000, reports of 22-year-old Pierce being injured emerged. He was stabbed 11 times in the face, neck, and back and had a bottle smashed over his head, while in the pool room of a Boston nightclub. According to authorities, Pierce was attempting to stop an argument between some people when he was attacked.

Pierce was there with several friends, including his teammate, Tony Battie. Battie and his brother reportedly rushed Pierce to the hospital in time and saved his life. He had to undergo lung surgery to repair the damage. Almost three years after the attack, he donated $2.5 million to help expand the surgical center at Tufts-New England Medical Center that helped make his recovery possible.

Off the court, the 39-year-old is a loving husband and doting dad. Pierce has been married to Julie Pierce (née Landrum) for seven years. The couple has two daughters, Prianna and Adrian, and one son named Prince.

The two started dating in 2005 and she gave birth to their first child, Prianna in 2008. They tied the knot in 2008 with around 80 guests in attendance, including Paul’s Celtics teammate, Kevin Garnett. 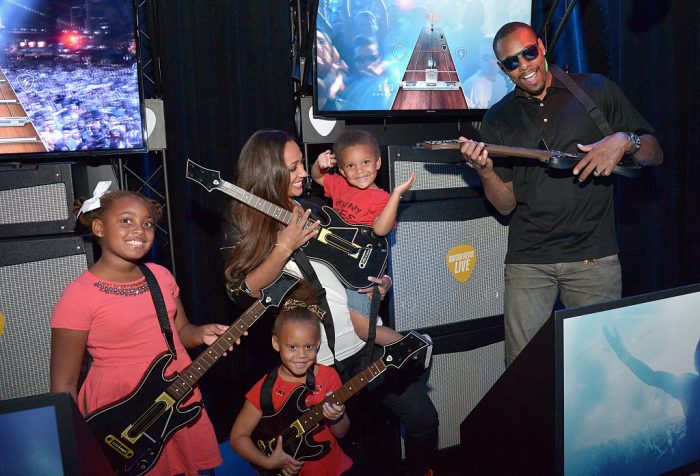 Their second child, Adrian, was born in 2011. She’s clearly loved because on her birthday last year, Paul got her a llama of all things! Their son, Prince, was born in 2013 and Paul touted he’d one day be a part of the Celtics team, just like his dad.