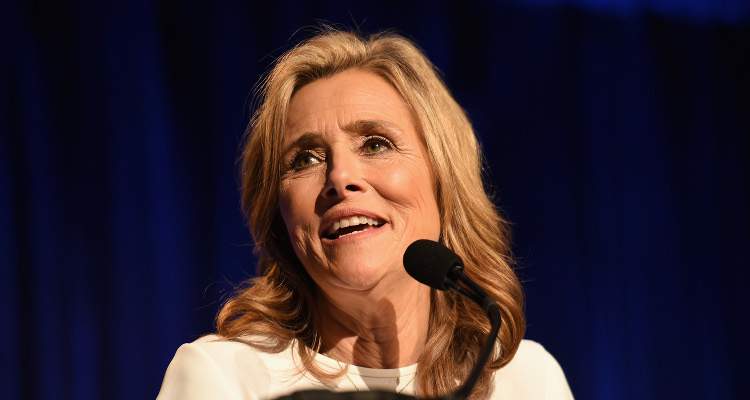 Matt Lauer was fired from NBC’s Today show Wednesday over sexual harassment allegations. After Charlie Rose, he is the second high-profile talk show host who has been accused of sexual misconduct in the last couple of weeks. An old video of Lauer’s lewd behavior towards Meredith Vieira was released by TMZ yesterday. The incident reportedly took place when Lauer and Vieira were hosting the Today show in 2006, and now the spotlight is also on Meredith Vieira.

The name Meredith Vieira is synonymous with news reporting. The NBC personality is a familiar face on television and co-hosted the Today show along with Matt Lauer. With Lauer under the scanner for allegations of sexual harassment, a video re-emerged that shows Vieira at the receiving end of his inappropriate comments.

Born on December 30, 1953, in Providence, Rhode Island, Meredith Vieira’s age is 63. She went on to pursue a degree in English from Tufts University and graduated in 1975.

Her career began as a radio news reporter for a local station in Worcester, Massachusetts. She then joined a Providence television station as a news reporter, slowly climbing up the ladder to work at CBS.

Vieira became famous as a CBS reporter, appearing in 60 Minutes and co-anchoring CBS Morning News in the late ‘80s and early ‘90s.

Her next stint was at ABC, and viewers of the popular daytime show The View may remember her time as a host. She left the show in 2006.

Vieira continued to be a dominant figure on television while hosting Who Wants to Be a Millionaire and won two Emmys for Outstanding Game Show Host!

Meredith Vieira’s Today journey began in 2006 when she replaced Katie Couric and co-hosted the show with Lauer for over five years. She covered some of the most-watched world events including the Beijing Olympics in 2008 and President Obama’s inauguration in 2009.

Vieira’s hosting stint with Today ended in 2011, and she only appeared in a few special episodes after that. She then went on to join NBC News, where she currently is.

Despite all her accomplishments, she also received flak for some of her reporting. Meredith Vieira’s Olympics coverage at the 2012 London Olympics was criticized for being filled with offensive remarks.

Criticism or not, Vieira is a prolific journalist who has amazingly managed work while being married and raising kids.

Meredith Vieira’s husband is an award-winning CBS News reporter Richard M. Cohen. The couple got married in June 1986. Vieira and Cohen have three children, and one of them is a journalist in Seattle, Washington.

Vieira was reportedly fired from her job at 60 Minutes for requesting a part-time schedule after her second child was born; producer Don Hewitt granted the request after her first child in 1989. Later, she turned down offers to co-host popular talk shows on CBS and ABC when her kids were little.

Vieira’s work-home predicament gave rise to a national debate on whether women can manage careers and family.

As a renowned journalist, she earned a lot of money. Her salary per year as a Today show co-host was said to be $11.0 million, and Meredith Vieira’s net worth is an estimated $40.0 million.

Meredith Vieira is back in the news, and this time it’s not as a reporter. After NBC dismissed Lauer over sexual harassment allegations, the Internet is buzzing with a video showing him making crude comments about Vieira.

The incident happened back in 2006 when Lauer and Vieira were the hosts of the Today show. In the video, Lauer is seen sitting on a couch during a commercial as Vieira gets ready for the next segment.

In the video, Vieira was bending over when Lauer said, “Pretty sweater. Keep bending over like that. It’s a nice view.”

What Lauer thought to be a casual comment has now come to damage his career. More women have come forward to accuse  him of inappropriate sexual behavior.

Meredith Vieira has not yet commented on her former co-host’s video or dismissal from NBC.