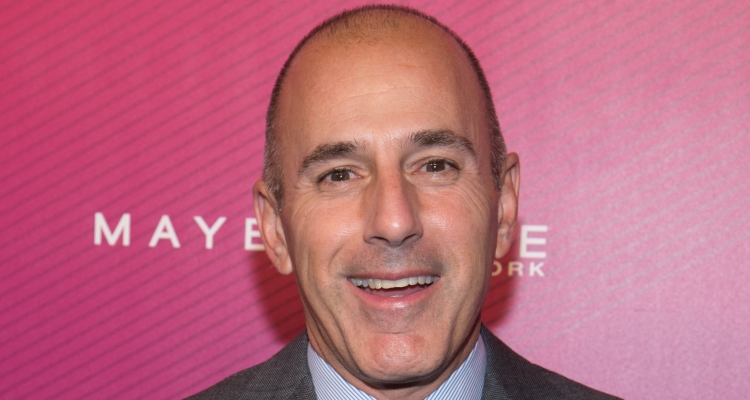 Due to the recent Matt Lauer sexual allegations, NBC fired the morning news anchor and many are left in shock. Not only that, people are wondering about his personal life and have been asking questions. Is Matt Lauer gay? If you want to know more, then you came to the right place! We’ve got the scoop!

Why Was Matt Lauer Fired?

On Wednesday, Matt Lauer, 59, was fired from NBC News after an employee complaint was made against him for “inappropriate sexual behavior in the workplace,” the network announced. His now former colleague, Savannah Guthrie, made the announcement Wednesday morning on the Today show, along with co-host Hoda Kotb.

“This is a sad morning at Today and NBC News,” Guthrie said at the top of the 7 a.m. hour. “As I’m sure you can understand, we are devastated. I’m heartbroken for Matt.”

“We were both woken up with the news kind of predawn,” Kotb said. “And we’re trying to process it and make sense of it. And it will take some time for that.”

“On Monday night, we received a detailed complaint from a colleague about inappropriate sexual behavior in the workplace by Matt Lauer,” wrote Lack. “It represented, after serious review, a clear violation of our company’s standards. As a result, we’ve decided to terminate his employment. While it is the first complaint about his behavior in the over twenty years he’s been at NBC News, we were also presented with reason to believe this may not have been an isolated incident.:

He continued, “Our highest priority is to create a workplace environment where everyone feels safe and protected, and to ensure that any actions that run counter to our core values are met with consequences, no matter who the offender.

We are deeply saddened by this turn of events. But we will face it together as a news organization – and do it in as transparent a manner as we can. To that end, Noah and I will be meeting with as many of you as possible throughout the day today to answer your questions.”

While many aren’t about to defend Lauer, the president wasted no time to reach out on Twitter calling the story another example of “fake news.”

Trump Tweeted: “So now that Matt Lauer is gone when will the Fake News practitioners at NBC be terminating the contract of Phil Griffin? And will they terminate low ratings Joe Scarborough based on the “unsolved mystery” that took place in Florida years ago? Investigate?”

Yes, Matt Lauer is married—and has been more than once! He was married to Nancy Alspaugh from 1981-1988 but is now married to his second wife, Annette Roque, since 1998. Lauer’s kids are sons Jack and Thijs, and daughter Romy.

When you live your life in the public eye, you’re bound to get a few rumors about you from time to time. The gender of the accuser wasn’t mentioned nor was their name (for privacy reasons), but many are wondering who they are. Some have come up with their own theories that Lauer could have allegedly harassed a male co-worker, but there’s no evidence to support that theory. As we have already learned, having a wife and kids doesn’t automatically rule out the possibility of being secretly gay. A more recent example is Republican politician Wes Goodman, who was accused of having sexual relations with another man behind his family’s back, forcing his resignation.

Lauer is still being paid tens of millions from his contract, which reportedly runs through 2018.

On Monday night, we received a detailed complaint from a colleague about inappropriate sexual behavior in the workplace by Matt Lauer. As a result, we’ve decided to terminate his employment.