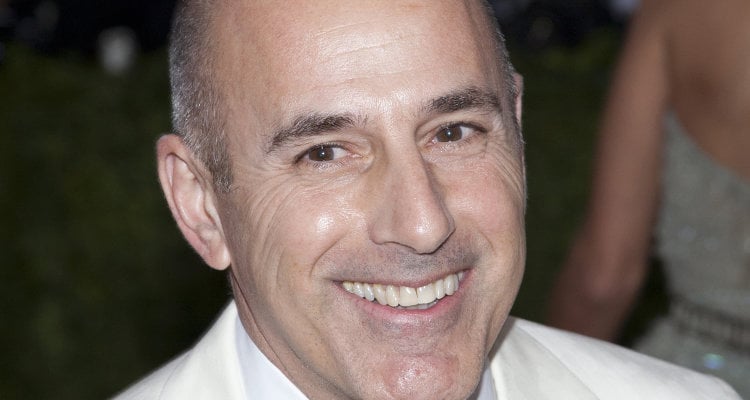 In the latest news, NBC’s The Today Show host, Matt Lauer has been widely criticized for failing to be an impartial moderator at Wednesday night’s Commander-in-Chief Forum. Curious viewers are eager to know what exactly happened during the live telecast event, and are searching the internet for terms like, “Is Matt Lauer a Democrat,” “Is Matt Lauer Democrat or Republican,” “Matt Lauer debate,” and “Matt Lauer forum.” Voters are wondering whether  Lauer is a Democrat or Republican, after he was accused of favoring Donald Trump over Hillary Clinton during NBC’s Commander-in-Chief Forum.

The 58-year-old anchor faced a widespread storm of criticism from viewers, voters, commentators and journalists, who watched the show on Wednesday, September 7. He faced backlash for grilling Democratic presidential candidate, Hillary Clinton extensively about her email scandal for over ten minutes, but letting GOP presidential candidate Donald Trump speak over him and lie about opposing the Iraq war.

In an interview with Howard Stern back in 2002, Trump had answered, “Yeah, I guess so. You know, I wish the first time it was done correctly,” when asked if he was in support of the U.S.A’s war with Iraq on former President George Bush’s orders. People panned Lauer’s performance because he failed to ask Trump any follow-up questions, after the latter blatantly lied on camera. Trump stated, “Well, I think the main thing is I have great judgment. I have good judgment. I know what’s going on. I’ve called so many of the shots. And I happened to hear Hillary Clinton say that I was not against the war in Iraq. I was totally against the war in Iraq. From a…you can look at Esquire magazine from ’04. You can look at before that. And I was against the war in Iraq because I said it’s going to totally destabilize the Middle East, which it has. It has absolutely been a disastrous war, and by the way, perhaps almost as bad was the way Barack Obama got out. That was a disaster.”

Lauer faced allegations for his lack of fact-checking, and doing his homework on the Democratic and Republican nominees he was interviewing. There were several discrepancies in the way he questioned Trump and Hillary. While he kept interrupting the 68-year-old Democratic presidential candidate, he let the 70-year-old real estate mogul speak for a longer duration. While Lauer himself may identify as a Democrat, he has been slammed by the Democrats at town hall for showing bias.

During the thirty minute segment, Lauer questioned Hillary about classified topics like the drone program, security, and ISIS. After spending the bulk of his time questioning her on the email scandal, he asked her to speed up her discussion on ISIS, due to the lack of time. While Clinton admitted to her shortcomings in allowing President Bush to mobilize troops to the Middle East, Trump proclaimed, “I was totally against the war in Iraq.” Lauer chose to ignore his comment and moved on from it, while Clinton rebuked him saying, “I have taken my responsibility for my decision. He [Trump] refuses to take responsibility for his support.”

Seriously — everyone, and I mean everyone, knew this would happen. And Matt Lauer didn’t have a followup planned? https://t.co/mm5ufZKjEx

Trump repeats that he was against the Iraq war from the outset.

That is not true.

Also Read: What Happened to Matt Lauer? Why Was Matt Lauer Fired from “The Today Show?”