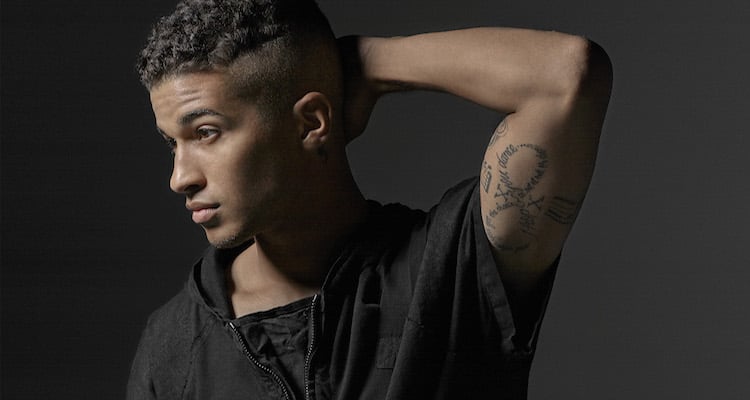 Jordan Fisher made it big on Broadway, and now he’s killing it on Dancing with the Stars. With the success of Hamilton and making it to the DWTS finals, you may be wondering how rich Jordan Fisher is. How did Jordan Fisher earn his net worth of approximately $250,000? We took a look at his career, as well as Jordan Fisher’s assets to give you a breakdown of his wealth.

Fisher’s mother was just 16 when he was born in Birmingham, Alabama. He mentioned in interviews that she had substance abuse issues leading to his grandparents legally adopting and raise him and his two other siblings. He also revealed that he’s a bit of a nerd, and expressed his love of anime like Dragon Ball Z and Pokémon, as well as his desire to play a superhero at some point in his career.

His Career in Brief

Fisher began acting at the Red Mountain Theatre Company in Birmingham around fifth grade. It was there that a talent scout spotted him, which eventually led to Fisher being brought to Disney. His first appearance for the company was as a guest star on iCarly, followed by an appearance on Disney XD’s Skyrunners Testimonials.

Fam!! We’re so close! Can’t believe it’s finals time. Tune in tonight and PLEASE PREP YOUR PHONES TO CALL IN RIGHT AFTER! 1-800-868-3406. Your votes tonight decide the winner!! We love you guys so much and can’t thank you all enough for the relentless support this season. So so grateful. #TeamFishUponAStar

His first big role was as Jacob in The Secret Life of the American Teenager. He went on to appear on nine episodes of the show and was well received. The next year followed with a role in Teen Beach Movie. Fisher continued with appearances on Teen Wolf, Bones, and The Thundermans. He had more mainstream exposure and showed off more of his skills as a singer in 2016, where he played Doody in Grease Live!.

Fisher had his biggest break when he gained the part of John Laurens/Philip Hamilton in the Broadway musical, Hamilton. He also gave singing a shot, releasing a number of singles as well as a self titled EP. While there are no full-length Jordan Fisher albums, there are rumors that one is in the works! Given his singing and dancing background, it was only a matter of time before Jordan Fisher’s Dancing with the Stars invitation came along.

But Does It Pay?

With all this success comes money, but how much money? Between Jordan Fisher’s movies and TV shows, as well as Jordan Fisher’s songs, he has to be making some serious bank, right? You might be surprised. While we can’t confirm the numbers, a number of sources suggest that Jordan Fisher’s net worth is approximately $250,000. Though it might not seem like much, in reality, this is actually pretty good for a performer of his age and current stature. There is a chance that he could be making more than your average star on Broadway, who typically makes between $3,000 and $5,000 a week. The exact amount he will get from Dancing with the Stars is also unclear, but contestants typically receive $125,000 for singing on to the show and appearing in two episodes. However, there are additional bonuses per episode, and for the winner, so given that Fisher made it to finals, he may be in line for a very solid payday.