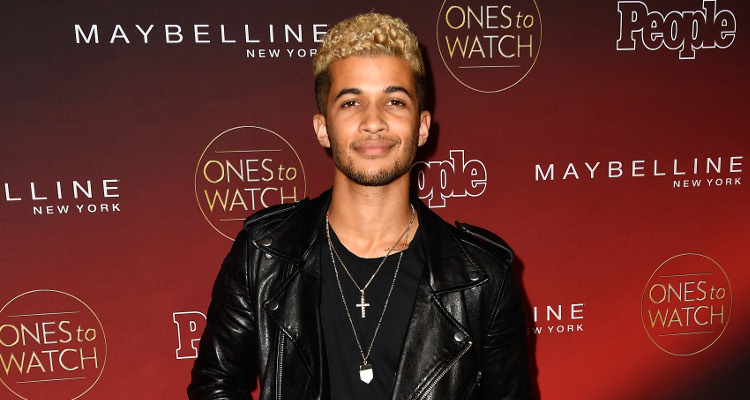 Monday night had an emotionally-charged stage on Dancing with the Stars. The remaining 11 contestants talked about their most memorable year and dedicated their performances to their loved ones. From the quickstep, to Viennese waltz, jazz, foxtrot, jive, rumba, and even contemporary dances, each star gave their all this week. The couple who failed to impress the judges and viewers were Derek Fisher and Sharna Burgess, who were sent home.

The other stars were able to win the judges’ heart with their power-packed and emotional performances. Scoring the best this week were Jordan Fisher and Lindsay Arnold. Both of them put their hearts and souls into their magical performance. Jordan Fisher dedicated his performance to his parents, who were there to watch their son dance. During the show, he also revealed the details about his biological mother. If you are interested to know the truth about Jordan Fisher’s family, then we have all the details for you right here!

Where Is Jordan Fisher’s Biological Mother?

Be sure to check out my Facebook page tomorrow night to hear the lesser-known story of Hamilton’s life in Harlem! I’ll be joining the @nationalparkservice and @GoParks on my Parks 101 behind-the-scenes tour of Hamilton Grange National Memorial. Click the bio link to follow along with the #FindYourPark fun! #EncuentraTuParque #ad

The 23-year-old was born on April 24, 1994, in Birmingham, Alabama. Fisher’s biological mother was 16 when she gave birth to him, and struggled with substance abuse. In a video for DWTS, he revealed that because of her struggles, his birth mother was not ready or fit to take care of him. No other details about his biological mother were revealed, other than the fact that she has not kept in touch with her kids.

Here's a fun little throwback for my sweet mama. So grateful for you. Words will never fully express. Love you so much!

The singer was raised by his maternal grandparents, Pat and Rodney Fisher, who legally adopted him, as well as his two siblings Cory and Trinity. To him, they have always been considered Jordan Fisher’s parents.

Fisher has come a long way and now is a successful singer. A few years ago, Fisher revealed in an interview that his parents and God are the ones who keep him together and motivate him to achieve great things in life. Jordan Fisher’s mother, Pat Fisher, is proud of her son saying, “First of all, he’s not only a good kid, he’s a good person,” adding, “He’s a compassionate, loving and grounded person. I chalk that up to the environment he’s been raised in, coupled with seeing some family members live such an opposite lifestyle.” Pat further revealed, “He’s looked at her choices, for example, versus other choices that can be made, and for him it’s just a no-brainer.”

On Monday night, Fisher dedicated his performance to his grandparents who adopted him and gave him a beautiful life. He  says that all that he is today is because of his grandparents who adopted him and his siblings. Jordan Fisher and Lindsay Arnold did a contemporary dance to “Take Me Home” by Us the Duo. They had the highest with a score of 29 out of 30 and truly gave us a spectacular and moving performance.